In the not so distant past, a plague swept across the online marketing landscape. Videos, images and entire websites became "Viral Content." Suddenly, all of my bosses and peers were saying "We need viral!" "Why isn't my content viral enough?" "Is this thing viralling or doing well viral-wise?" It was at that moment I realized, not only had the internet gone viral, it was giving everyone rabies. 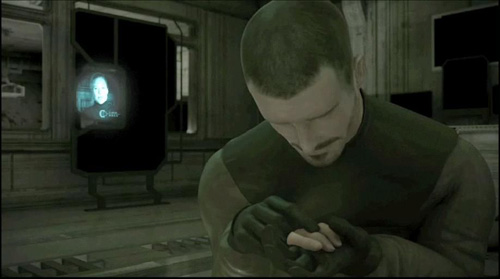 By the time "viral" had infected the vocabulary of every marketing professional, it had already become an elusive, if not impossible effect to conjure up. After many painful attempts at capitalizing on the phenomenon of "viral content," people began to realize that you couldn't throw an intern in front of a webcam and expect gold in return. There was no alchemy to perform, and what had ended up happening for the most part, was that marketers tried to mimic how people were using the internet, applying old strategies to new platforms.

Despite this, that fact that what we were doing was viral concerned me less than the fact that it was content. Content has been business speak for "stuff" for years now. Videos, images, editorial, interviews, news, sound, art, interactive... everything and anything is content. Now that it had lost its infectious quality, the word horrified me. After spending ten years creating content, pitching content, packaging content and distributing content, I was getting suspicious about the stuff.

As my disillusionment grew, I thought back to when I had just turned nineteen and I decided with my "partners" (a.k.a. high school cronies) to get into the dot-com game. Fueled by overly aggressive venture capitalists, overly ambitious goals and overly developed New Jersey machismo, we set out to create an online experience that was dedicated to humorous editorial, interviews and videos from college campuses across the country. I remembered wanting to create valuable interactions and meaningful connectivity for my peers. Like countless others, my dot-com dreams did not come true, but it was at this time that I was told what we were creating was called Content.

As I look back at the ten years I've spent making Content, I realized it had become a commodity not only for myself, but for marketers across the entertainment industry. As the people we were talking to got savvier, most of the marketing had seemingly grown stupider. We were shoveling content onto the internet and expecting people to love us for it. Peer communities were creating valuable experiences for themselves all over the internet and online professionals were trying to mimic their behavior, making specious YouTube videos and aping real value. We had become, for lack of a better word, malcontent.

It was at this time that I joined Electronic Arts and, much to my surprise, began to work with people who shared my view of the marketing landscape, and felt that something different needed to be done.

If we were going to accomplish anything, we needed to stop making noise in an effort to convince people that something is valuable; we needed to stop pushing content on people we were trying to engage. We had to give people something really valuable upfront, and we had to do it for them.

Video Games, like comic books or genre films, are made and unmade by their fans. We work with passionate fan communities who scour the web for stories about their favorite titles, fabricate costumes, write fan fiction, make art and pay a premium for collector's editions that feature behind the scenes looks at the development process or detailed preproduction art books. Fans don't want a virus. They don't want posturing or cool mongering. They want to real experiences and real access. They want to hear from people that care about the products in a real way, and not people who were just paying them lip service.

Recently, we've tried to put this sentiment into action with Dead Space, the upcoming Science Fiction Survival Horror title from EA, which is a major departure a studio that mostly worked on licensed IP.

The Dead Space development team is incredibly passionate and amazingly engaged. They wanted to make something great for themselves -- the game they wanted to play -- and it came through not only in all of their enthusiasm, but in hundreds of pages of back-story that they created for the universe of Dead Space. We knew the world they created was rich and fun, and we wanted to create something of value that would get people involved actively with the world of the game. It was just refreshing.

We wanted to see if we could create a narrative using the internet that would not only be valuable to the community but also get them actively involved with characters, tone and the world of Dead Space. What we came up with is www.noknownsurvivors.com. The site takes the philosophy of creating real value and combines it with our love of storytelling. Fourteen months in development, it was created in deep collaboration with the development team and Antony Johnston, one of the writers behind the game and writer of the Wasteland comic book.

No Known Survivors is an experiential web site that allows visitors to explore the narrative world of Dead Space. Over nine weeks, the site employs interactive 3D flash environments, 3D animations, voice acting, interactive artifacts and original video to tell two episodic stories from the world of Dead Space. The first story, "Misplaced Affection", tells the tale of an organ replacement technician who falls hard for a capable female P-Sec officer. The second, "13", tells the story of a sleeper agent who makes the wrong decisions for the right reasons.

The first story came to a close Monday September 15th, and the second will begin on the 23rd after a week long intermission. I hope to answer questions from commenters and talk more about interactive storytelling and how it relates to the changing climate online in a subsequent post here. In the meantime check out the No Known Survivors and let us know what you think!