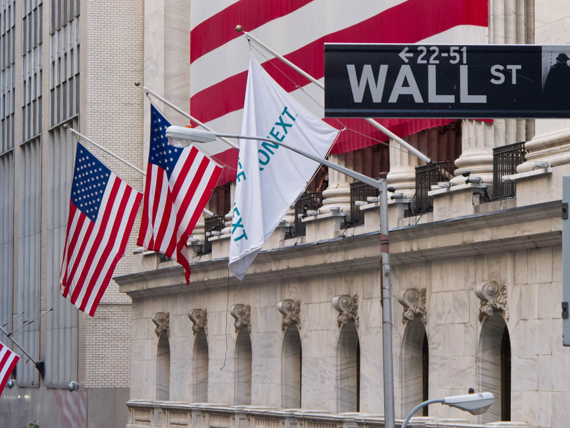 When five of the world's biggest banks were busted this week for manipulating the cost of dollars and euros, they did more than violate antitrust laws. They violated the public trust.

The hefty punishment of Citicorp, JPMorgan Chase, Barclays, Royal Bank of Scotland and UBS -- paying more than $5 billion in fines, pleading guilty to felonies, and firing traders who met in a secret chat room to collude with their competitors -- is appropriate, but only if they're a start. We need to strictly enforce reforms that make sure banks aren't misusing your money for their profit.

While Amalgamated Bank doesn't participate in the kind of foreign exchange markets these five banks rigged, it doesn't take an expert to understand that banks, or any other financial institutions, can't be allowed to manipulate markets to line their own pockets, fix interest rates that affect the cost of credit cards and car loans, or add markups to customers' transactions.

But more than that, I believe banks have a moral responsibility: To care as much about the values of our customers as the value of their accounts. Banks have to stand up for the people we serve because the real currency of banking isn't dollars or euros -- it's trust.

The traders in this case called themselves a "cartel," which tells you everything you need to know about their priorities -- which clearly aren't the same as the people who entrust them with their money.

Predictably, in the same breath that the banks admitted guilt, they also tried to deflect blame, belittling the wrongdoing as the rogue actions of a few bad apples. As they say, that dog don't hunt.

While CEOs can't know everything that happens in the organizations they lead, those at the top have a responsibility to catch malfeasance of this scale. With its emphasis on short-term gains that benefit the paychecks of senior executives, Wall Street has created a culture where this could happen.

All of us in the banking community have an obligation to change that culture. We need to be banks and bankers who refuse to let the bad apples at the major banks spoil our name. We have a responsibility to speak out on behalf of our customers -- both because it's the right thing to do and because another crash would devastate us all.

If we really want to stop collusion, those of us who lead banking institutions can't stop at cracking down on bankers. Let's also make sure that our Congressional leaders remain vigilant protectors of the financial system's integrity. They have to earn the public's trust, too.

The good news is that laws requiring transparency and accountability are already in place. The challenge now is to resist efforts to unravel Dodd-Frank -- the most significant reform measures since the Great Depression.

At every turn, some policymakers have closed their eyes to the real cause of the 2008 economic collapse and tried to weaken, delay and dilute these laws.

After a long battle and despite determined Republican opposition, President Obama signed the common sense Dodd-Frank reforms into law because they keep our economy stable and keep consumers safe from fraud and abuse. Institutions with a conscience like Amalgamated Bank support them because we're not afraid to admit that banks have a legal and a moral responsibility to protect everyday consumers from risky deals.

When these traders rigged the game in their favor, they also sent another dangerous message: That without strong protections our economy can become the toy of greedy and irresponsible actors. We must not allow that to happen.

Everyone should be able to participate fully in our economy and have access to our financial system. Everyone should know their deposits are safe and should feel this truth in their daily lives. That's my responsibility, along with every other banker and every policymaker.

Since its founding in 1923, Amalgamated Bank has been committed to affordable and accessible banking for all. It advocates for workers' rights, unions and their funds, and progressive advocacy organizations and their parties.