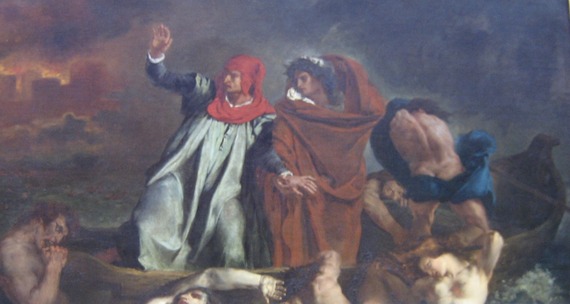 North Carolina's governor Pat McCrory has repeatedly used a form of political dishonesty that lacks a well-recognized label. Lacking such a label, this tactic often goes unnoticed and unaddressed. To remedy this, I suggest a precise and well-earned label: a "McCrory."

A "McCrory" is a dishonest piece of legislation (1) which identifies a real or fictional area of concern (I'll call that a "Mac" or a "pretense") and (2) which uses that area of concern as cover for legislation covering some unrelated or deceptively labeled matter (I'll call that unrelated or deceptively-labeled part a "Crory" or a "legislative sleight of hand." ) Parsing this a bit more, a "McCrory" can either be a loud or quiet "McCrory." A loud "McCrory" plays offense. It whips up public sentiment on the belief that the politician benefits on balance by the publicity. By contrast, a quiet "McCrory" is defensive. It lies low but has a defensive "Mac" or pretense if questioned or attacked. Three North Carolina examples of a "McCrory" (two loud and one quiet) show what I mean. These examples should trouble everyone who cares about democracy, equal rights, rule of law, and basic human dignity. If a purple state like North Carolina full of good, well-educated people could fall prey to any such "McCrory," any other state can as well. The joke isn't just on North Carolina. The joke can be on everyone. Here are the three examples:

First, North Carolina House Bill 2 is of course the current poster child of a loud "McCrory." The "Mac" or pretense here is a fictional one, a massive and looming threat of straight men putting on dresses to peek at women in restrooms. The unrelated "Crory" or sleight of hand here is a bill which in fact closes state courts to discrimination claims based on race, gender, religion, and more, as well as clamping down on local minimum wage raises and other things. As this "Crory" has nothing to do with the "Mac," we have a classic case of a "McCrory." It is a loud "McCrory" because the Governor has calculated that he'll receive more good than harm with publicity. To some extent he may be right. There will be people who'll vote for him again in November because they won't see beyond the "Mac" or pretense to the "Crory" or sleight of hand. They'll remain caught up in the hysteria of the "Mac" (the fictional picture of hordes of straight men putting on dresses to look at women in restrooms) and never bother to read the "Crory" or sleight of hand. (For those who would bother to read the sleight of hand, the law's full text can be found here. For those who want an overview, they can look at my prior piece here.) However, if these same people looked beyond the "Mac" or pretense, many if not most of them would be horrified by what the governor has done. The press needs to help them to do this, to help them look beyond the "Mac" to the "Crory." This is starting to happen now but it was dismaying to see how long it took the press to talk about the "Crory" in addition to the "Mac." In fact, most of those boycotting the state still seem focused on the "Mac," on the ludicrousness of predicting hordes of straight men in dresses and on the attack on the LGBT community. However, taking away one's state law right to sue for religious or racial discrimination, for example, should be no less troubling than the attack on the LGBT population. By this I don't mean to dismiss the attack on the LGBT community--the marginalized or less powerful make ideal subjects for a "McCrory" since they may lack sufficient power to defend themselves. This is just basic Scapegoating 101 and we should always look for a "McCrory" whenever a marginalized or less powerful group is being targeted.

Second, Governor McCrory successfully used a loud "McCrory" with North Carolina's so-called voter I.D. law. The fictional "Mac" or pretense here was alleged massive vote fraud occurring because voters did not have to present an official form of identification at the polls. The deceptive or unrelated "Crory" or sleight of hand here was a law which went well-beyond voter I.D. to limit such other things as early voting and registration of high school students to vote. Again, such limitations affected less powerful groups such as young people and minorities (Scapegoating 101 again--plus these groups were presumably thought less likely to vote Republican). Again, there will be many who will vote for McCrory in November because they won't look beyond the "Mac" or pretense to the "Crory" or sleight of hand. They will focus on the fictional picture of hordes trying to vote illegally and won't move on to the unrelated changes made to voting laws. However, if they look beyond the "Mac," many if not most of these people will be troubled by what the governor has done. Here as well the press needs to help such voters look beyond the "Mac" to the "Crory."

Finally, McCrory's recent North Carolina Supreme Court retention law is a prime example of a quiet "McCrory." The one-member Republican majority on the North Carolina Supreme Court is in potential danger this November with the sole Supreme Court justice up for election being a Republican. Not to worry. The Governor found a quiet "Mac" or pretense: Supreme Court elections are too costly. He then signed off on his deceptive "Crory" or sleight of hand: the lone republican Supreme Court justice will face a retention election rather than an actual opponent. The voters will only have the choice of voting for or against him. If he wins, he stays. If he loses, the Governor appoints his replacement. The Republicans thus keep their majority either way. Of course, it's hard to see how all sides won't be spending large sums either way both inside and outside of court. This deception makes the law a "Crory" and gives us our third "McCrory." Fortunately for the rule of law and for democracy, this "McCrory" is not currently doing well in court even though it seems to have minimal press coverage relative to its gravity. (More information its legal problems can be found here.)

How can politicians so easily pull a "McCrory"? There are at least a couple of reasons. First, it is the power of labels. If someone (especially someone in authority we are inclined to trust) calls an X a "Y," we're easily deceived--at least at first. Hopefully a precise label like a "McCrory" can help push back in this regard. Second, we have a press that is too often not doing its job. We need a shift from the lazy "he said, she said" journalism we too often see today to a more robust journalism that looks for a "Mac" or pretense and a "Crory" or sleight of hand in every piece of legislation offered up these days by members of any political party. This vigilance should be non-partisan. Decency and patriotism require it.