When it comes to tossing custard pies, Japan is the cream of the crop.

Eighteen teams -- 17 of them from the United Kingdom -- showed up in Coxheath, UK, to battle for the chance to be in the upper crust of this pie-eyed sport, according to Yahoo! News UK.

The rules are simple: Teams of four clad in bizarre costumes stand next to each other and toss pies at the opposing team eight feet away, according to KentOnline.com.

A direct hit in the face is worth six points, a chest hit earns five, a hit on the arms brings three points and points are deducted after three missed pies.

The Japanese team, which competed under the moniker "ITTE-Q," beat a team called the Fairy Cakes to win the top honor. However, team members were confident about their chances even before the event began.

"We came all the way from Japan just to win this competition. So, we will win," one team member told the International Business Times.

With a win under its belt, the Japanese team has promised to defend its crown at next year's competition. 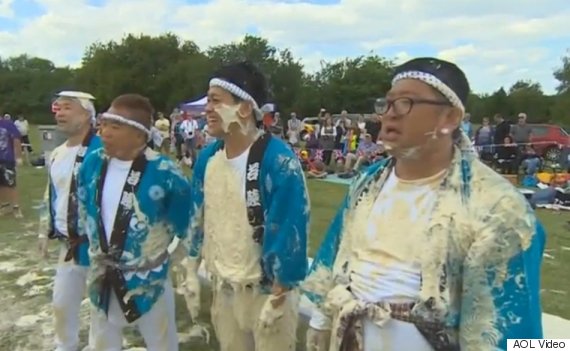