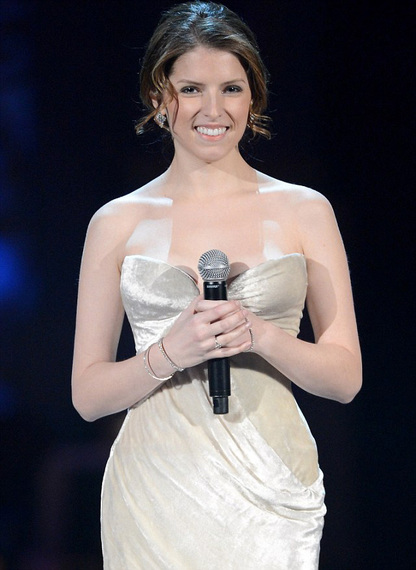 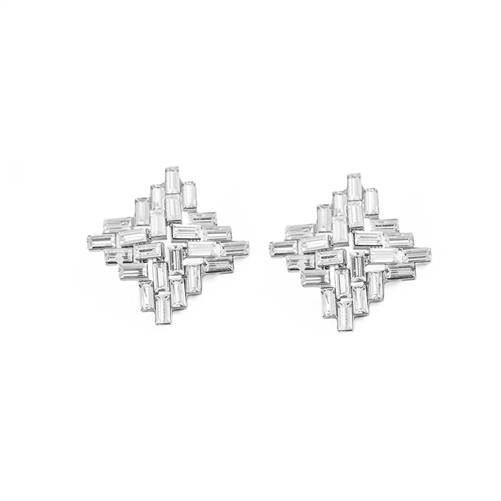 On June 24th, I sat down with Katie Schloss, the founder of Three Jane, a bespoke jewelry company that's garnering the attention of celebrities and stylists alike. When Katie launched Three Jane in 2012, she had a singular item, the Map Necklace, and a dream of merging new luxury with customization. The Map Necklace is known for it's rectangular, gold pendant engraved with a roadmap to your personal happy place. A diamond pinpoints the spot. Read on to learn about Three Jane's beginnings, brand, and future ambitions.

Alex Schattner: Are you wearing one of your pieces right now?

Katie Schloss: I'm wearing one of my newest creations. It's a "handwriting" ring that says "strength." How it works is you give me your handwritten word, I make an outline of it in CAD (3-d software), and then have it laser cut by a machine. I'm currently taking my grandfather's signature from the last letter he wrote me and turning it into a keepsake.

A: Which were you interested in first, jewelry or computer technology?

K: Jewelry. I interned for a lot of companies during college. One of the most influential was Rachel Leigh. [Rachel] was a jewelry designer in the 00's, and her designs were carried in five hundred stores nationwide. By seeing what she did with her company, I was able to learn about production. She taught me to make some of her pieces, and I started seeing them in Bendel's. It was thrilling!

I ended up working in PR after graduating college, but [jewelry designing] was always a constant. I created my main piece, the Map Necklace, for my younger sister when she was studying abroad in London. I wanted to make her a unique birthday gift. We grew up in Connecticut. So, I drew a map of our neighborhood on a pendant so she'd have a piece of home wherever she went.

The recession was in full-force during that time, and a lot of my school friends couldn't afford to live in New York City. This meant that I went to a lot of "going away" parties. The Map Necklace made for a great gift. For every one I gave, I would get orders for five more. That's when I realized that this was a big thing, and I should do it on a larger scale.

When I launched the website, I was lucky enough to be featured on Lucky.com, NY Magazine's The Cut, and People StyleWatch. I immediately received orders, and hosted events at Bendel's. 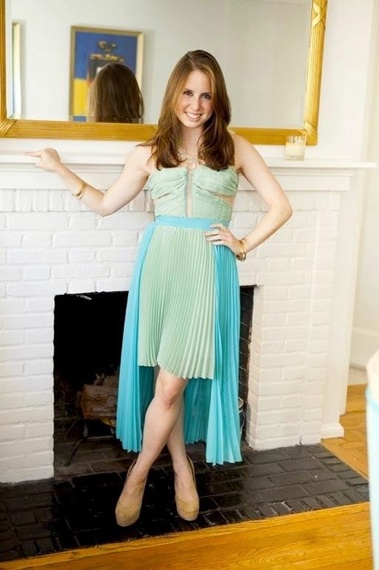 Katie Schloss at her home. (photo by Elizabeth Shrier Photography)

A: How did you get those influential endorsements?

K: Working in PR, a lot of those editors became my friends. For People StyleWatch, one of my friends sent me a sample request for customized products, and I said, "Oh, this is great, and they put it in the magazine."

A: I could see the Map Necklace being a hit with politicians who want to show that their hometown's are (literally) close to their hearts.

K: You're right. I should definitely start cruising that scene. My dream would be to make one for the first lady.

A: Since your name isn't Jane, and I'm pretty sure you're one person, where does the name Three Jane come from?

K: Jane Street [in NYC] skips from one to five, making Three Jane an imaginary address. This works in conjunction with the Map Necklace concept that you can take any address and make it your own. It's a funny little street though with lots of half numbers, like 7 ½ and 9 ½. 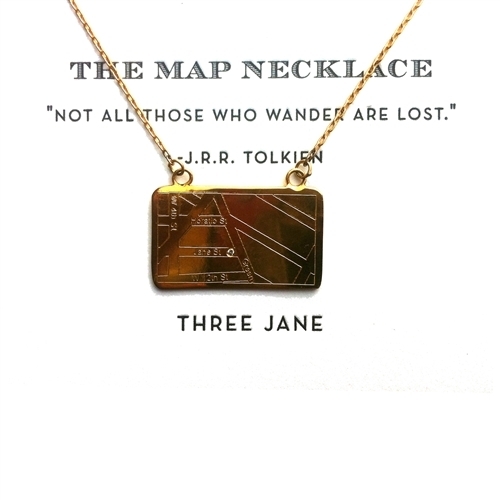 A: How do you sell personalized products at the retail level?

K: Every store has an order form and a display that's specific to each location. Usually, I work with the buyer to figure out which prep schools in the area or colleges would sell the best, and we curate a little mini collection from there. Stores that sell monograms tend to be interested since they are used to selling custom products. Once the form has been filled out, the store sends me the order, and I ship it directly to the customer.

K: I want to create more custom products as well as pieces that can sell well at a wholesale level without explanation. I envision Three Jane being this beautiful townhouse belonging to an old woman with amazing art, antique jewelry, and shelves of hardbound books. I have a very clear vision of this place, and I want to use it to tell a unique story--encouraging customers to tell their own. I want everything to feel really unique. When a customer comes across one of our pieces, I want that person to feel like they are discovering a hidden gem.

Read more entrepreneurial stories! Catch up on "The Art of Y":
Yogurt Culture
Wine in a Box?
Local Manufacturing
Space for a Natural Energy Drink?
The Art of Y(vonne) Sangudi: The Next Great Songstress
'JewDate', Finding Farce in eLove
Redefining the Music Industry
An Interview With Fashion Designer Catherine Litke