Excuse me, is there somewhere I can charge my dress?

That's the question fans of CuteCircuit, a fashion tech company, will be asking if they party a few hours too long in one of its outfits. Last week, CuteCircuit launched its second ready-to-wear collection of dresses and tops embedded with LED lights. The clothes recharge via USB, and some items, like the "K-dress," have controllers that allow wearers to pick the color and pattern of their lights.

The UK brand's slogan is "future fashion now," though it tries hard to keep up with current trends. Designer-artist team Francesca Rosella and Ryan Genz, who formed the company in 2004, have made custom couture dresses for Katy Perry. In 2010, they made a "phone dress" with a SIM card and antenna sewn in the fabric. Last month, they debuted a haute couture gown at a party for watchmaker Breitling, made with Swarovski crystals and 10,000 LED lights, meant to evoke the aurora borealis, or northern lights.

The ready-to-wear clothes sold on CuteCircuit's website are a bit more accessible. A black t-shirt minidress speckled with crystals costs 210 pounds, or $332. CuteCircuit is currently talking with retailers about getting its clothes in "fashion forward department stores," according to PR director Marina Delgrano.

LED lights, which use less energy and last longer than normal incandescent bulbs, are becoming increasingly popular both in homes and for creative projects. The lights are expected to take up 60 percent of the global market share in the next 10 years. Artists and designers have put the lights on shoes, sculptures, makeup, and wine charms, among other products, according to the Elemental LED blog.

Now could be the right time to re-illume electric fashion. In the '90s, everyone from TLC in their "No Scrubs" video to Kimmy Gibbler on the TV show "Full House" to every cool kid in middle school with L.A. Lights sneakers rocked the trend. Not that this was even where it started -- people have been dreaming about putting lights on clothes since the early years of electricity. In the 1930s, British news show Pathetone predicted women would be wearing lantern hairpieces by the year 2000. Katy Perry, take note. 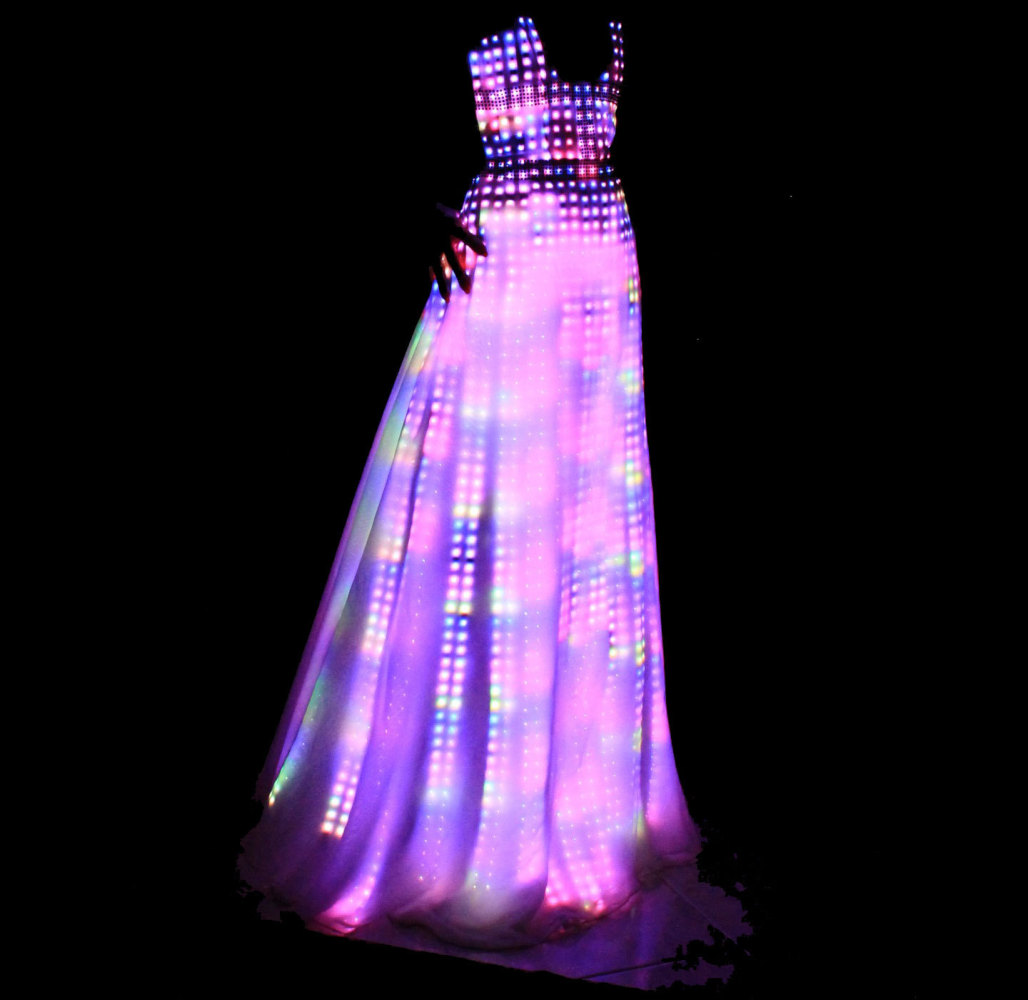