Title: Thank You For The Books

Confirmed: Children are the sharpest culture critics around. They're great letter writers, too, but we'll go into that more later.

What we'd like to see from Pedro next: His review of the book whose sub-title is "An Origami Yoda Book"

If he likes "The Westing Game" this much, he will also like: This poem (another work of literature where "every prediction you make is sure to be wrong")

Other notable kid letters we've read recently: This one (to Santa Claus) and this one (to the queen).

Has your child drawn or written something adorable? Send a photo to parents@huffingtonpost.com and it may be featured as our Cute Kid Note of the Day! 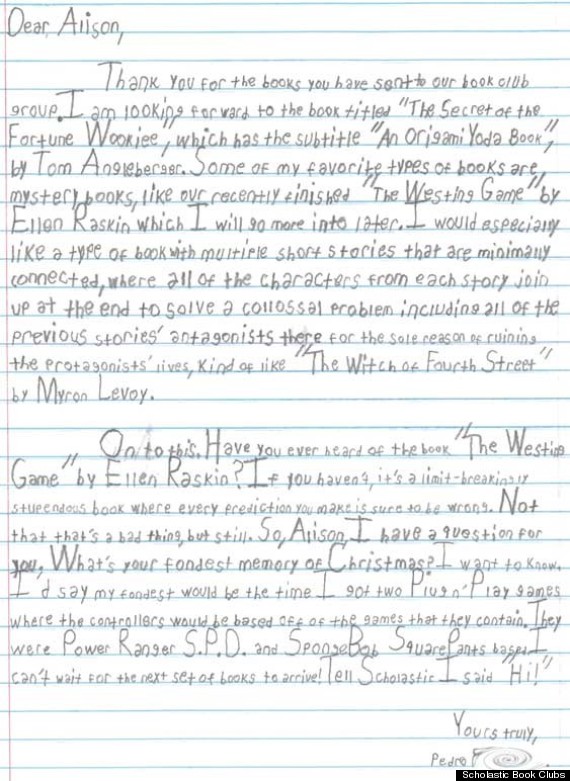 Cute Kid Notes
More:
kid-note-of-the-daycute kid note of the daykids and readingthe-playroomCute Kid Notes
Newsletter Sign Up
Raise the kind of person you'd like to know
Subscribe to our parenting newsletter.
Successfully Subscribed!
Realness delivered to your inbox