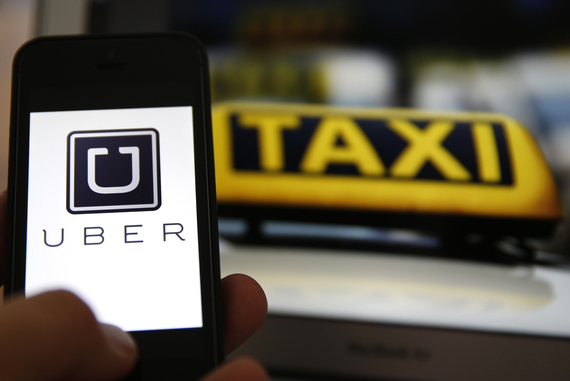 It's an increasingly inescapable truth that no industry, no technology, and no way of doing things is safe from startups. We saw it with music distribution, then film distribution, and now we're seeing it with hiring cars, renting a place to stay, and grocery shopping. It's just a matter of time, really, before someone somewhere figures out how to make your business, or even industry, obsolete. And if you're an economist, even just a student of the discipline, you've spent the past few years feeling like a kid in a candy store watching services like Uber, Airbnb, TaskRabbit, and Instacart (among others) turn convention on its head and build the world's first sharing economy.

The term 'sharing economy' didn't even exist until the mid-2000s, and came into being to define the unprecedented impact social technologies were having on how goods were exchanged. For most of history, at a very basic level, there were two economic actors in most given transactions: the agent purchasing a good or service, and the agent selling it. The way taxis worked for centuries is a terrific example, as drivers would work as full-time employees of larger firms that negotiated the right to offer their services over a given area, and transactions were one-to-one between the consumer and the driver representing the firm.

And then the iPhone happened, and then the App Store happened, and all of a sudden there was an opportunity for a peer-to-peer service because everyone was walking around with a computer in their pocket. Uber isn't a car company. It doesn't own the cars, and it doesn't have drivers on payroll, and yet is taking taxis to the woodshed around the world.

The universality of social technology has created an opportunity for knowledge brokers: companies that maintain lists of customers and lists of contractors, and take a cut for linking the two. The sharing economy is one of collaborative consumption, in which consumers with similar lifestyles and demands can be linked, peer to peer, with private individuals who can provide the service.

This type of brokerage is agile and sharp in ways that traditional companies can only dream of. A traditional cab company has a fleet of a certain union-mandated size on the road depending on time of day and day of the week, with locked-in fares and no real way of responding to momentary surges in demand.

The nature of Uber's model means they employ cutting edge analytics in a way traditional firms just can't. Because customers order Ubers on their iPhones, Uber can track data in real time and set a fare rate based on demand at that particular time and location. If demand spikes, the fare rises to entice more drivers to get on the road. Once the spike is over, fares drop and drivers are free to head home or stick around. This principle, of contractors deciding independently whether or not to offer their services to the broker based on existing demand, and the broker using technology to toggle prices nimbly to maximize profit, applies to other sharing economy services like TaskRabbit and Instacart.

It's what makes the sharing economy so lethal: the cost to provide the service is a fraction of what it would be to do so traditionally, because the physical cost falls to the contractors, and prices move in lockstep with demand. The role of the company at the nexus of the exchange is digital, not physical. Cars, apartments, and groceries are expensive. Data is not.

Like I said: kid in an economics candy store. Technology interacting with the market to create utterly unprecedented results.

But as always happens with economics, at some point the rubber hits the road, the equation on a blackboard becomes the sum of many people's livelihoods, and the real world tears down the abstractions. The particular reckoning I'm referring to is the lawsuits filed against Uber and Lyft, because they have a different tenor from the startups' past legal troubles.

This isn't a rogue driver assaulting a passenger, or taxi unions fighting to retain a monopoly at airports. Those are issues that came from the exterior, from poor background checks or legal rivalries. This is different, because one of the assumptions underpinning the model is being challenged: the contractors want to be full-time employees.

It remains to be seen what will come of these suits, and what impact that will have on the future of the sharing economy. But speaking as someone who slots neatly into the demographic of "young urbanite consumers" whose lives Uber and its ilk have made much easier, I'm a little nervous about what might be the end of this experiment.

The reason Uber has gone global so quickly is because they don't need to develop infrastructure. Cities everywhere have people without cars who need to go places, and people with cars willing to sell rides and offer a cut to a service that can link the two.

But if Uber needs to pay employees, provide benefits, pay the physical costs of maintaining cars, and every other ankle-weight expense they've dodged by dealing purely in information, that places a de facto hard cap on their rate of expansion.

Ultimately, that is what these cases will come down to: at what point is a company big enough, turning a sufficiently massive profit, to be ineligible to simply link freelancers with clients? At what revenue threshold does being in the sharing economy no longer excuse you from behaving like a traditional firm?

If you're the plaintiffs, the answer is "sometime before Uber's valuation hit (an absolutely preposterous) $40 billion." We'll see if the courts agree.