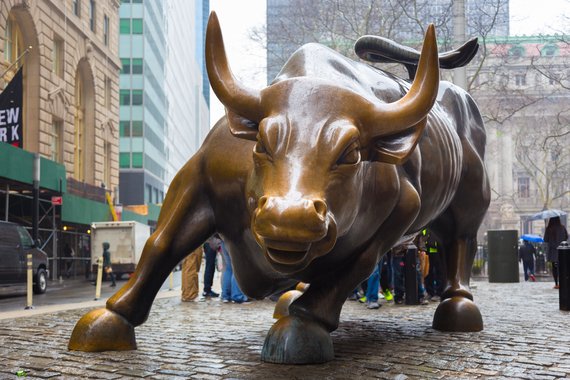 There has been a chorus of recent articles touting the benefits of mindfulness at work. But have they really distinguished between fact and fad, science from ideology, and the risks versus the benefits with regards to mindfulness at work? Part One addresses how the corporate mindfulness movement draws from the dubious discipline of "management science," which historically has been a political endeavor to secure and legitimate the interests of corporations. Part Two will clarify that we are not dismissing the potential of mindfulness as a disruptive technology against prevailing systems, and invite readers to consider how they might use mindfulness to experiment with critical self-care.

"Will mindfulness be another passing management fad? In a word, no!" write Darren Good and Christopher Lyddy with their colleagues. Their confident prediction is based on their recently published article in the Journal of Management which integrates the research evidence of some 4,000-plus scientific papers on mindfulness.

The authors make strong claims about "big impacts for performance, decision-making and career longevity." The so-called evidence they cite draws from laboratory studies that employed self-report questionnaires to measure trait and dispositional mindfulness-- subjects who've never actually received mindfulness training. No matter, because mindfulness improves performance on graduate exam scores, it must also improve performance at work. Similarly, decision-making at work must also improve, because college sophomores who listened to a 15 minute guided mindfulness meditation recording showed better judgment on a hypothetical decision-making task. For those seeking to extend their career beyond a decent retirement age, laboratory research is showing the effects of mindfulness training on increased telomerase activity in DNA.

While the authors admit to the limitations of over-generalizing from laboratory studies, they are not shy in celebrating the efficacy of mindfulness at work. More troubling is not the methodological issues of their review, but the tone. Despite attempts to hedge with qualifiers like "mindfulness....appears to influence a wide variety of workplace outcomes," "evidence suggests," the public reporting of this and other studies in media outlets still exhibit unwarranted levels of exuberance, relying upon over-inflated claims and unsubstantiated research as selling points in the marketplace--what Jenny Eklöf refers to as the "scientization of mindfulness."

Why such unbridled enthusiasm that conflates speculative hypotheses with the veracity of scientific findings?

As I pointed out in my recent article in Tricycle, management science has a long and dubious history of exploiting claims of scientific objectivity to secure organizational imperatives. It's surprising that Good and Lyddy, both of whom recently graduated from Case Western Reserve University (my alma mater), have apparently glossed over the history of management theory and practice. As the prominent sociologist C. Wright Mills noted, management science readily accommodated to management's need to find ways of securing the cooperation of employees.

Whether through motivation studies, counseling, personality and attitude surveys and many other schemes, social scientists became complicit in the managerial enterprise. Indeed, a lucrative "social science industry" gave rise to management consulting firms, corporate trainers, leadership coaches, and a growing market for popular business books. Even the American Psychological Association, in 1962, provided a positive endorsement:

...while the psychologist's most basic interest is human behavior, he can help with management's most basic aim, increasing profitability... Essentially what the industrial psychologist attempts to do is to help the employee come to ... a recognition of how his interests and management's coincide... [to] help the employee adjust to the requirements of a successful enterprise.


In fact, history shows that the so-called 'science' inherent in industrial psychology and management scholarship has never been neutral or objective. The nature of the management project has always been to organize human life to serve particular interests, historically, in favor of the elite.

This comes as no surprise as management science has a track record of hyping corporate programs with the veneer of science in order to gain credibility and corporate buy-in. According to Economist magazine staff writers John Micklethwait and Adrian Woolridge, "Modern management theory is no more reliable than tribal medicine. Witch doctors, after all, often got it right--by luck, by instinct, or by trial and error." A close reading of this history would reveal that management is more a political art than rigorous science.

Michel Foucault made an astute observation: "You know the difference between a real science and a pseudoscience? A real science recognizes and accepts its own history without feeling attacked." Hopefully, management science scholar-practitioners promoting corporate mindfulness research would contemplate on this statement.

Google's "Search Inside Yourself" flagship corporate mindfulness training program has received a great deal of media attention. Search Inside Yourself (SIY) curriculum is touted as being "scientifically grounded" on rigorous research in neuroscience. The premise is that mindfulness training increases emotional intelligence (EI). Daniel Goleman's best-selling book, Emotional Intelligence, was warmly embraced as a scientifically valid method that assured career success. Empathy, self-control and agreeableness have become the new managerial ethos, not unlike the message in the immensely popular book How to Win Friends and Influence People, which Dale Carnegie penned in 1937.

Before the SIY program was developed, Google offered Mindfulness-Based Stress Reduction (MBSR) classes for its engineers. Few enrolled as stress was regarded as a badge of honor among its youthful engineers who typically worked 60-70 hours a week. Dangling the carrot of career success would become the new hook. By linking mindfulness with emotional intelligence with greater prospects of promotions and career advancement, engineers started enrolling in SIY courses in droves.

But where is the scientific evidence for these claims? Goleman's concept of Emotional Intelligence has been criticized by prominent psychologists as an ill conceived "far flung network of concepts" that lacks rigorous empirical support. Yale psychologist Robert Sternberg, writing in the foreword to the book Emotional Intelligence: Science & Myth, summarized it best: "Goleman's work does not represent a systematic scientific program of research...in that there appear to be no refereed published studies where hypotheses are predictively tested against data."

A recent pilot study of SIY graduates in three technology companies in the San Francisco Bay Area found no evidence that EI was anymore efficacious than mindfulness. In fact, post-test results showed that mindfulness training was associated with increases in both work exhaustion and disengagement. One could speculate that mindfulness training increased an awareness of just how exhausted these employees really were; their response was to withdraw and disengage from work as a form of relief.

But such findings are rarely reported in existing literature, and certainly not in sales and marketing materials. Instead, corporate mindfulness researchers and consultants sound more like evangelical cheerleaders (see Wisdom 2.0), preaching the imperatives of "brain fitness," offering sales tactics for "overcoming skeptics," and communicating what amount to provisional findings as if they were an authoritative constellation of "facts."

Meg Levy who directs the SIY teacher training program seems to want it both ways. She aggressively pitches SIY as a scientifically-informed curriculum. Yet, when interrogated on a recent interview regarding the paucity of scientific evidence of corporate mindfulness programs, she hedges: "I think we culturally privilege the science....I want to make a case there is a validity to subjective experience, and everyone has their bias, and I am only talking from my experience."

Since the science supporting corporate mindfulness is thin and virtually non-existent, advocates like Levy ask us to simply trust them, to keep the faith that in due time science will catch up with their experience on the ground. We've addressed this quandary of "mindfulness' truthiness problem", and suggested that the lack of evidence for the purported good of workplace mindfulness confronts us with an open question of "who knows?"

Corporate mindfulness apologists are quick to dismiss critiques that raise legitimate concerns about the limitations and potential dangers of workplace mindfulness programs. They typically retort, "Well, that's just not what I am seeing..." Levy and others resort to this anecdotal form of reasoning. "Take my word for it.". This is a personal appeal not a counter-argument.

David Brendel's recent article "Mindfulness in the Workplace: Benefits, Risks and Complexities" believes that a more nuanced understanding of this movement in emerging. But he trots out the same old tropes like "The neuroscience of mindfulness is more convincing than ever," or it's an "impressive movement", or that conversation is deepening because luminaries like Dan Harris and Congressman Tim Ryan are keynotes at an exclusive mindfulness conference ($1695 for two days). Celebratory hype is not evidence.

We clarify yet again our concerns. In a recent article, Jeremy Adam Smith, editor of UC Berkeley's Greater Good Science Center newsletter, claims that we are dismissing the potential therapeutic benefits of workplace mindfulness for individuals. Proponents of workplace mindfulness responding to our critique could perhaps apply their mindfulness to attentive reading, since we have explicitly stated that we are not dismissing the potential benefits to individuals. Or they could take an undergraduate course in logical reasoning, since it does not necessarily follow that to critique corporations' structural and systemic habits is to dismiss the therapeutic benefits of mindfulness. Therapeutic benefits is one thing, callous institutional imperatives are another matter.

As much as corporate mindfulness apologists would like to pretend that workplace mindfulness is "evidence-based" and politically neutral, this is simply not the case. To be sure, it is important to facilitate the well-being of employees. But the drive to celebrate the links between mindfulness and wellness and organizational good is not free from the workings of power. Cederstrom and Spicer have interrogated this with the idea of "biomorality." The guiding framework that connects our concerns with theirs is Michel Foucault's notion of "governmentality". In Part Two, Edwin Ng will examine this notion of governmentality and consider how we might use mindfulness to experiment with critical self-care.

Ron Purser, Ph.D.. is Professor of Management at San Francisco State University. His article, "Beyond McMindfulness," in the Huffington Post went viral in 2013.
Edwin Ng, Ph.D., is an author and cultural theorist currently based in Australia. He has written commentaries on the cultural translation of Buddhism and mindfulness for Salon.com and the Buddhist Peace Fellowship.

Ronald Purser is a professor of management at San Francisco State University. He is an ordained teacher in the Korean Buddhist Taego Order and co-host of the podcast The Mindful Cranks.