It's no great surprise that the relationship between artists and the normalized, consumerist fantasy that is the suburbs is a fraught one. For as long as there have been suburbs -- planted, manicured and tucked away from crime and poverty -- there have been artists peering in from the outside, unimpressed.

While most artistic comments on the suburban ideal are scathingly ironic and unrelentingly judgmental, an exhibition entitled "Cutting Through the Suburbs" gives a more nuanced approach to challenging the cookie cutter American dream. The inspired show reveals how the most experimental artists and architects of the 1970s attempted to unravel suburban temples, revealing the beauty of the breaches in their already fractured existence. 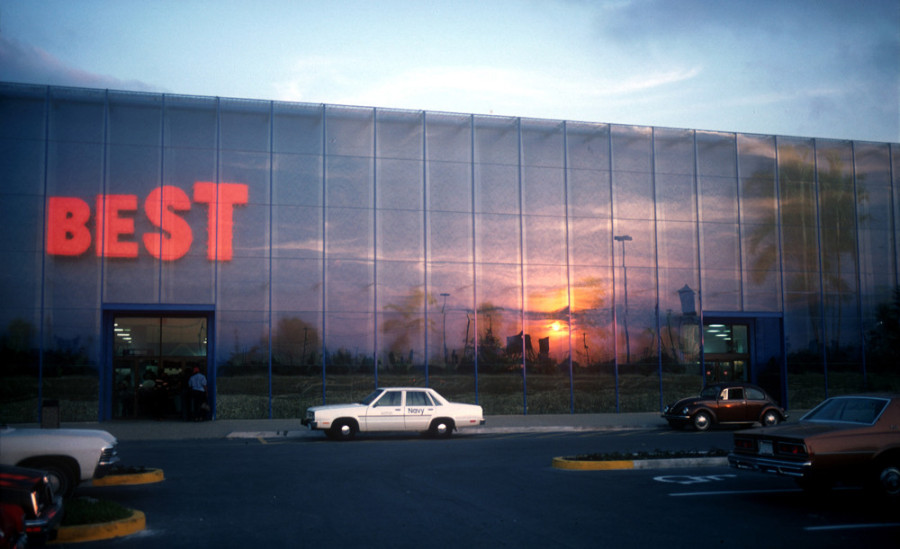 In the '70s, the suburban pipe dream was put to the test when an economic recession, stratified incomes, gas shortages, violence and unease threatened the sanctity of the suburbanites' boxed and safeguarded lifestyles. Artists were some of the first to catch on to the slight, yet quickly expanding, holes in the suburban promise, eager to expose the contradictions and illusions embedded in the fanciful notions of the upper middle class.

On view in "Cutting Through the Suburbs" is an artistic endeavor known as anarchitecture, in which James Wines and SITE Architects manipulated the omnipresent mold of the suburban shopping mall, transforming uniform consumerist sites into the surreal debris of an impossible dream. Using a store called Best Products, Wines and SITE tore through the pristine exterior of the consumer's mecca, exposing it as the mirage it was all along.

According to Carriage Trade Gallery, "The Best stores combined the site specificity and interventionist approach of land art with the popular imagery of the commercial strip." The atypical store designs offered mutated alternatives to the prescribed sites of happiness, by depicting the building's facade peeling off or housing an entire rainforest ecosystem inside the store space. 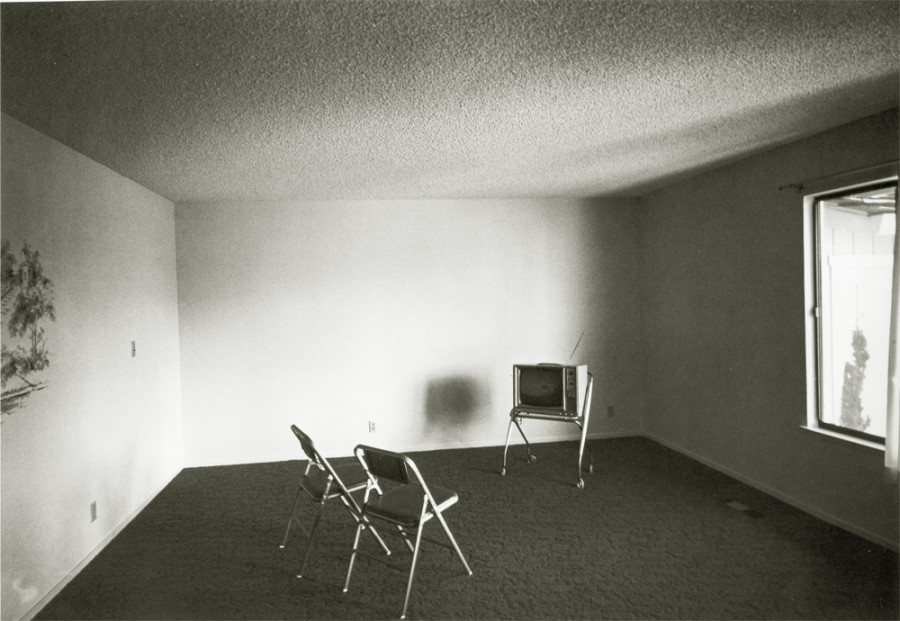 Also included in the exhibition are Bill Owens' chronicles of a California suburb in the '70s, deadpan portraits that don't parody or ridicule their subjects, but simply present the suburban world as the melding of the banal and bizarre. The black-and-white photos capture tract homes with all their knick-knacks, televisions and Vincent van Gogh replicas, showing how individuality is both suppressed and manufactured.

Finally, Gordon Matta-Clark's iconic 1974 work, "Splitting" fills the ranks as well, literally splitting the idyllic house behind the white picket fence in two, hacking away at a dream home until it transforms from its brochure-ready status into a contemporary ruin, ripped at the seams. After physically hacking away at the American icon until it was irreparably disfigured, a piercing light blasts through the useless remains.

Whether through creative violence or careful observation, humor or desperation, the artists in "Cutting Through the Suburbs" raised questions and worries about our country's prescribed route to fulfillment that are as relevant now as ever. Their playful interventions and documentations illuminate the ruptures that always existed in the happy land of shopping malls and model homes. See a preview below.

"Cutting Through the Suburbs" will run until May 18, 2014 at Carriage Trade in New York.