We've seen the pilots of The CW's new shows, and while they're not for review (things often change drastically before the shows are set to premiere), we do want to share our first reactions to what's coming in the fall and midseason.

This quick guide is designed to get you excited for some new shows ... and to warn you to curb your enthusiasm for others. Just keep in mind that we'll have full reviews of the final pilots closer to airdate. For now, here are our snap judgments of The CW's new shows for the 2013-2014 TV season.

There are five new scripted shows coming to The CW that were ready to preview, and all of them left us with questions. Mainly: Are any of these new shows worth watching? HuffPost TV staffers Maggie Furlong, Jaimie Etkin, Chris Harnick, Alex Moaba, Laura Prudom and Leigh Weingus had plenty of varying opinions. 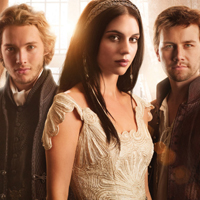 "REIGN" Read more about "Reign" and watch a preview here Furlong: DVR It This modern twist on a classic story of sex, betrayal and the price that comes with privilege is elevated by the delightful leading lady, Adelaide Kane. The best part: You'll know within five minutes if this is your thing or not.

Etkin: DVR It I had no expectations of liking this show, but I really did. It offers that "Game of Thrones"-esque grandeur, but with typical teen drama thrown in for Mary and her friends, who reminded me of the "Pretty Little Liars." Plus, I'd tune in just to see the clothes and that motivation alone got me through four seasons of "Gossip Girl."

Harnick: Skip It The period costumes mixed with Top 40 hits is jarring, but it feels right for The CW. I'm sure historians will have a field day hate-watching this.

Moaba: Skip it They’re going for a “Game of Thrones” meets “Gossip Girl” thing, which could work for them, but I won’t be making it “Reign” anytime soon.

Prudom: Skip It Maybe I've just been spoiled by lavish period dramas like "The Tudors," but I have absolutely no desire to see a spuriously "historical" version of "Gossip Girl" with interchangeable supporting female characters. The anachronistic dialogue and the fact that the costumes are more reminiscent of prom dresses than the clothing of the time is just the icing on top of one very silly cake.

Weingus: Watch It Not only was it a breath of fresh air to have a drama not set in the future in the 2013-2014 lineup, but "Reign" really, well, reigned me in. There was a bunch of sex, teen angst and broken hearts. A recipe for success! 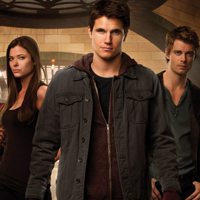 "THE TOMORROW PEOPLE" Read more about "The Tomorrow People" and watch a preview here Etkin: Skip It Those who like seeing Stephen Amell shirtless on "Arrow" will enjoy seeing his younger cousin Robbie do the same (and on the same night to boot). But this show offers little else, except self-flagellation when it come to the show's title and the term "homosuperior."

Harnick: DVR It "The Tomorrow People" started off strong and immediately had my attention … then the pilot dragged on. There are bumps here, but lots of potential.

Moaba: Skip it Not worth watching today or tomorrow, people.

Prudom: DVR It I suspect this will be upgraded to "Watch It" as the season progresses, since I'm a sucker for stories about genetic freaks with super powers in all their iterations. The pilot was a little slower than I'd like, but I'll give it a shot since it hails from Greg Berlanti and Julie Plec -- thankfully, the cast gels well together, Mark Pellegrino is a pitch-perfect bad guy, and the special effects are impressive.

Weingus: DVR It "The Tomorrow People" people started off with a bang, and Robbie Amell stayed awesome throughout, but the pilot got progressively less interesting as it went on. There's a 50/50 chance that's a premonition for the entire series, but if you're willing to bet on it, go ahead and DVR it. 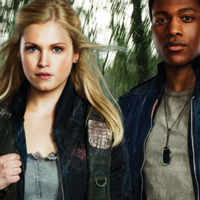 "THE 100" Read more about "The 100" and watch a preview here Furlong: Skip It How and why did all these stars sign up for this? An interesting sci-fi plot for sure, but the dialog and execution could not be clunkier. This feels like a bad movie of the week, at best.

Etkin: Skip It This is basically "After Earth," but with arguably hot young white people. There's a little bit of "Piranha 3DD" in there as well. I will leave it at that.

Harnick: Skip It I see what you're trying to do here, CW, but this was rough. Not even April O'Neil from "Teenage Mutant Ninja Turtles 2: Secret Of the Ooze" and Desmond from "Lost" can save this.

Moaba: Skip it There's a post-apocalyptic “Hunger Games” vibe, but they forgot to cast their Katniss.

Prudom: DVR It The concept is intriguing and the adult cast is great, but I care far more about them and the political machinations behind the scenes than I do about the exploits of the dumb central teenagers who do nothing but bitch at each other and make seriously illogical decisions throughout the first episode. Like the network's other high-concept pilots, the quality of the visual effects surprised me, but the writing needs to be much sharper now that we've got the set-up out of the way.

Weingus: Skip It "The 100" was kind of "Avatar"-ish ... in a really bad way. It was melodramatic, over the top and I rolled my eyes a few times. Don't go there. 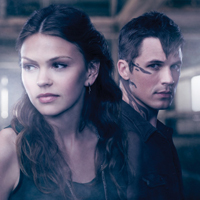 "STAR-CROSSED" Read more about "Star-Crossed" and watch a preview here Furlong: Skip It Aliens vs. Humans wasn't enough -- they had to throw a gypsy action sequence in too, just to make it even more ridiculous. I can't.

Etkin: Skip It The fact that this show is trying to apply the "separate but equal" mentality that civil rights activists fought against to aliens and humans disturbs me ... especially when it plays out in a high school cafeteria where humans are offered a plethora of dining options and the alien species can only choose a flavored rice cake. On the plus side, Aimee Teegarden has become less annoying than she was in "Friday Night Lights" and "Prom."

Prudom: DVR It I expected to hate this completely, but despite the familiarity of the concept ("Roswell" meets "Romeo and Juliet" meets "District 9"), I was pleasantly surprised by the world-building, CGI backdrops and potential social commentary inherent in integrating aliens with judgmental human teens. I'm just hoping it doesn't go too "Beauty and the Beast" with its central "forbidden" romance.

Weingus: DVR It As a huge "Friday Night Lights" fan, I was thrilled to see Aimee Teegarden back in action. I'm not usually crazy about alien storylines, but this one has some potential, especially in the romance department. Could we have a Julie Taylor and Matt Seracen 2.0 situation on our hands? I certainly hope so! 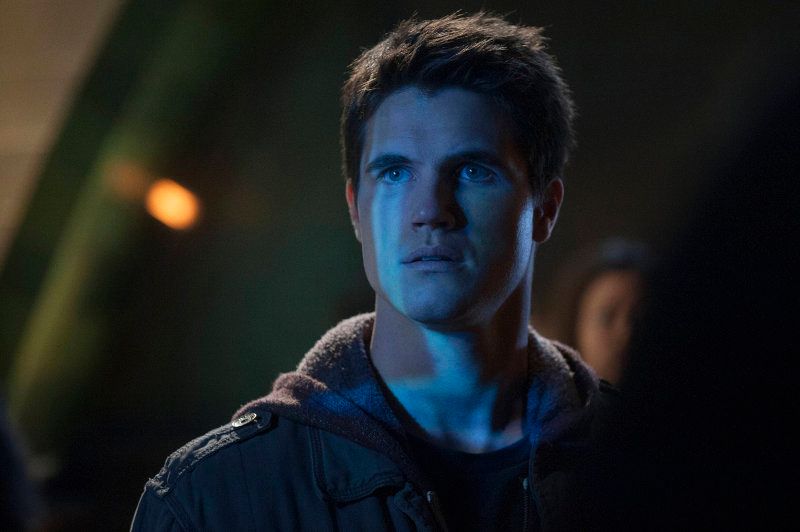