This week's book post, Infinite Wealth for All, set the stage for this week's Politics post, which focuses on The New Craft of Cyber-Intelligence -- a blending of advanced public intelligence and advanced Information Operations (IO). Let's start with a great Mashable piece, 4 Predictions for the Future of Politics and Social Media, from which I have remixed the graphic showing the two-party tyranny sniffing at social media. 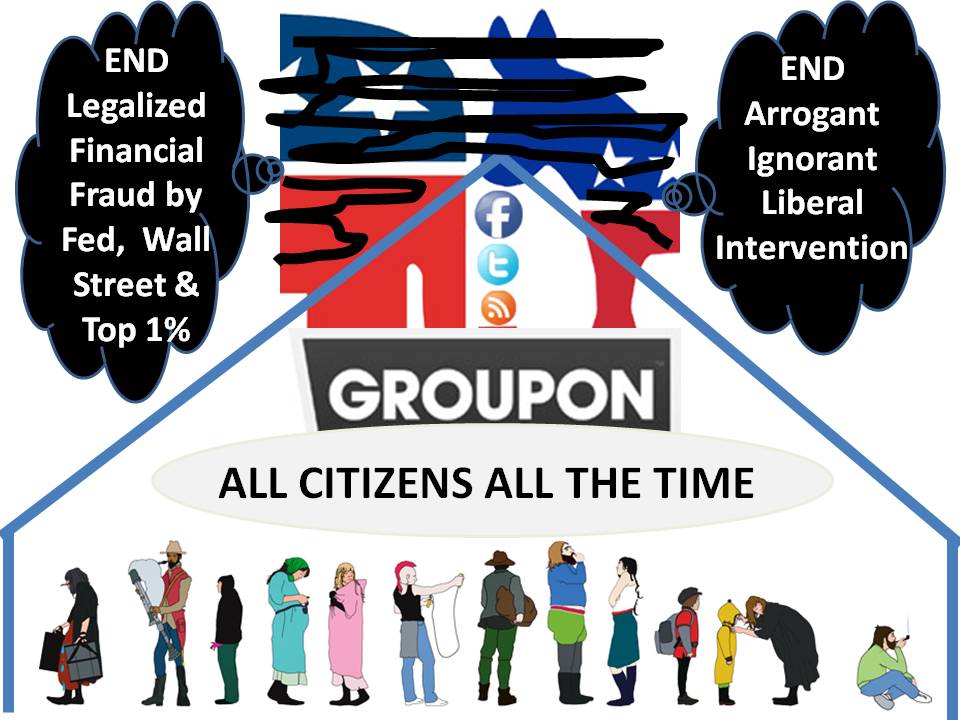 Yes, social media is going mainstream. This is a good thing, at least for the billion rich that have it, we pray that one day the other five billion can have it as well. However, all the social media on the planet is not going to bring us together or get us out of the mess our corrupt politicians have created "in our name, " absent two major developments:

1. All citizens must step forward to do their duty for God, Country, and Family. Sitting this one out is not an option. [Tip of the Hat to AllCitizens.org for the citizen panoramic.]

There are two choices facing President Barack Obama and We the People. With inspiration and leadership from Chuck Spinney, 1980's whistle-blower on Pentagon fraud, waste, and abuse; and from Tom Atlee, founder of the Co-Intelligence Institute; I have addressed both here at Huffington Post, with Obama's Choice, and then Our Choice: Changing the Game.

Up to this point--and an obvious endorsement of the view by many that there is NO DIFFERENCE between the Democratic and Republican wings of the two-party tyranny--President Barack Obama has not demonstrated the integrity he led 32% of the eligible voters (60% voted) to believe that he would bring to the White House. Between staffing with Rahm Emmanuel, David Axelrod, and the Goldman Sachs lobbyist whose name is unmemorable, he has made it clear that "Yes We Can" and "Change We Can Believe In," were campaign slogans, nothing more. He has given Wall Street four more years, and appears to believe that he can get away with deceiving enough of the public one more time. I do not agree, and I will join all those Independents and moderates from all 65 parties who see Obama right now for what he is: a shill for Robert Rubin, Citicorp, Wall Street, and the Federal Reserve. Perhaps he means well, and perhaps he is being shielded from reality. The bottom line is that absent a radical departure by Obama, four more years of either Obama or a witless Republican means four more years of the 1% elite looting the Commonwealth.

In Obama's Choice, I presented two options for Obama to get it right--to start doing the right thing instead of the wrong thing righter, as Russell Ackoff put it so well in his life-long attempts to improve systems thinking. Central to getting it right is to restore the integrity of the electoral process that has been corrupted, willfully, by the two-party tyranny, and will be further corrupted in the aftermath of the latest census. Electoral Reform (1 Page, 9 Points) is the right thing to do; it is do-able; and it provides immediate relief.

In Our Choice: Changing the Game, Tom Atlee provides as earnest, honest, and pointed a summary as I have ever seen of specific things We the People can do, right now, to disenfranchise the two-party tyranny and get America back on track.

This is where cyber-intelligence comes in. Right now, the public is being "played" by the two-party tyranny. A range of issues and a range of grouping are being used to keep a wall between the people and the facts. Facts have no place in today's partisan dialog (nor, I might add, in the civil emptiness of No Labels).

There are three elements. 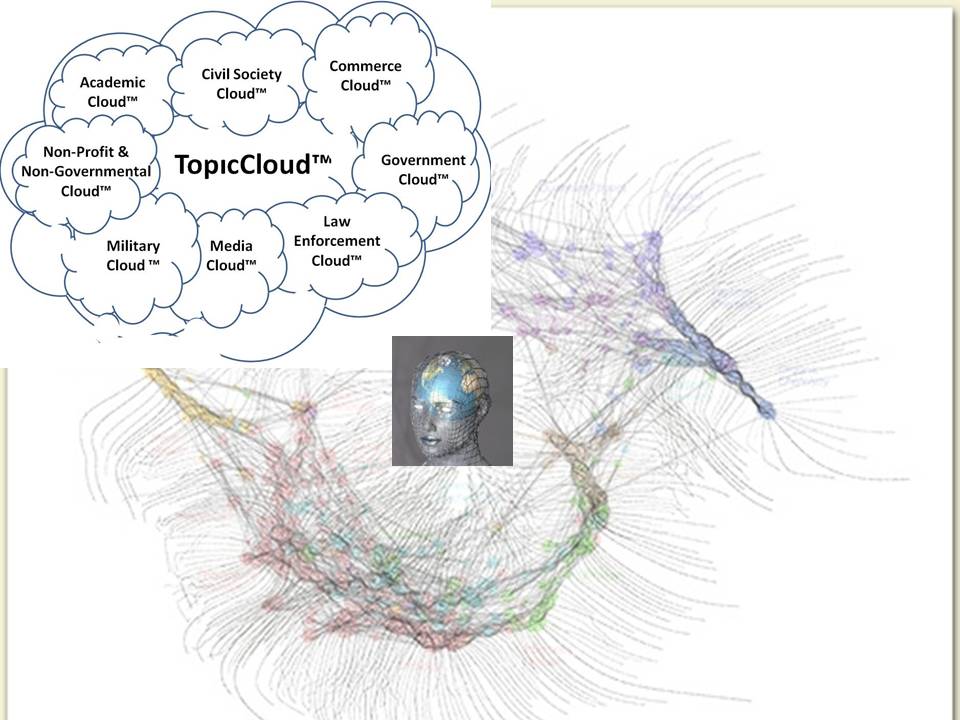 1. Citizens Intelligence Network. This network specializing in determining what We the People "need to know," finding out who knows it or how it can be determined, and then collecting, processing, analyzing, and presenting or disseminating the FACTS along with options and variations, for public deliberative deliberation. This includes investigation of true costs over time and space; revelation of budget detail at the line item and zip code level; and charting all personal relationships associated with any public privileges including the granting the business charters and the waiver of public interests in favor of private interests. We have eight "intelligence tribes" in America, and none of them are playing well with one another--if we do not learn to re-connect fragmented information by sharing information and share the burden of sense-making local to global, we are no better than farm animals or automatons.

2. Citizens Policy Network. There isn't a think tank in existence that I trust. Every single one of them has compromised their integrity in favor of steady hand-outs from financial mandarins. This is also true of most non-profits, who fear the end of the two-party tyranny for fear of the unknown. 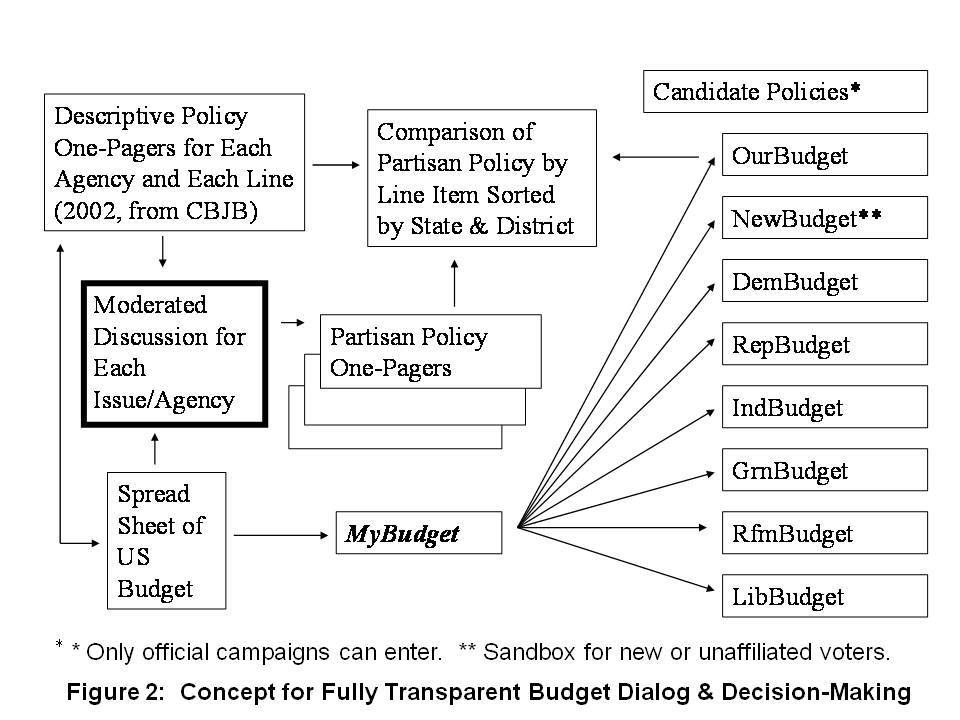 3. Citizens Budget Oversight Network. This is where we have gone terribly astray. Although budgets have been online for sometime, they have been used as curiosity items and not connected to in any way to citizen exploration of alternative courses of action. One of the reasons Electoral Reform (1 Page, 9 Points) is important is because today legislation is completely divorced from reality, from the public interest, and from the affordable budget principles that should be honored if we are to sustain the Commonwealth. The public is also completely unwitting of the "true cost" of products and services, from fuel (three quarters of the cost externalized) to big-box swindles that wipe out local economies. The public has the power to boycott business and the power to change government--right now that power is dormant, uninformed, and therefore absent from the debate.

American's always do the right thing. They just try everything else first.

Time to do the right thing. Each of us. From now on. 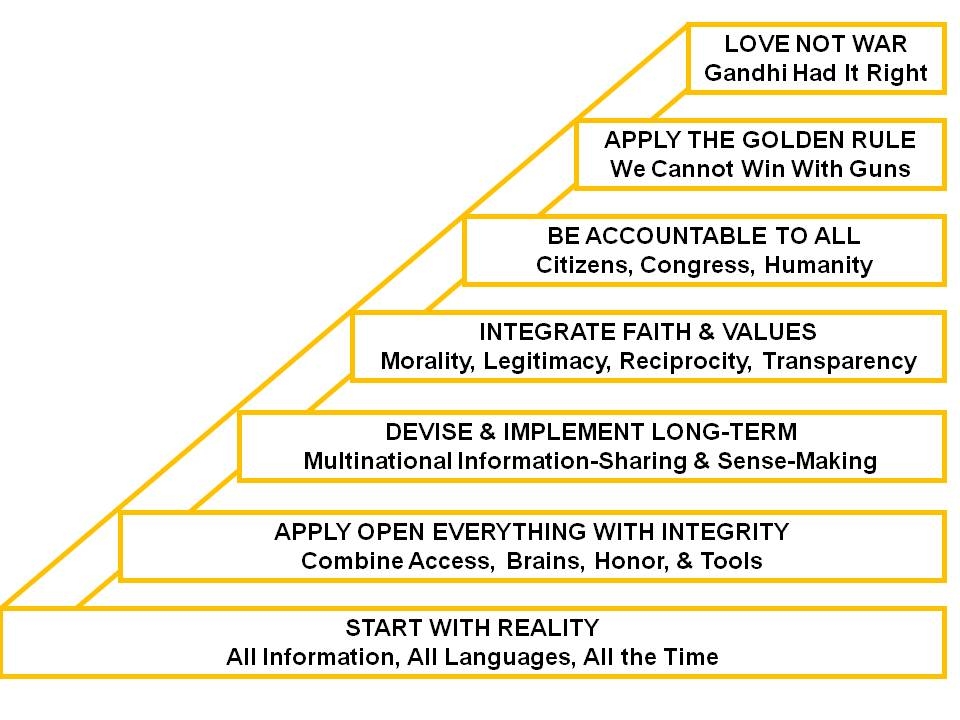 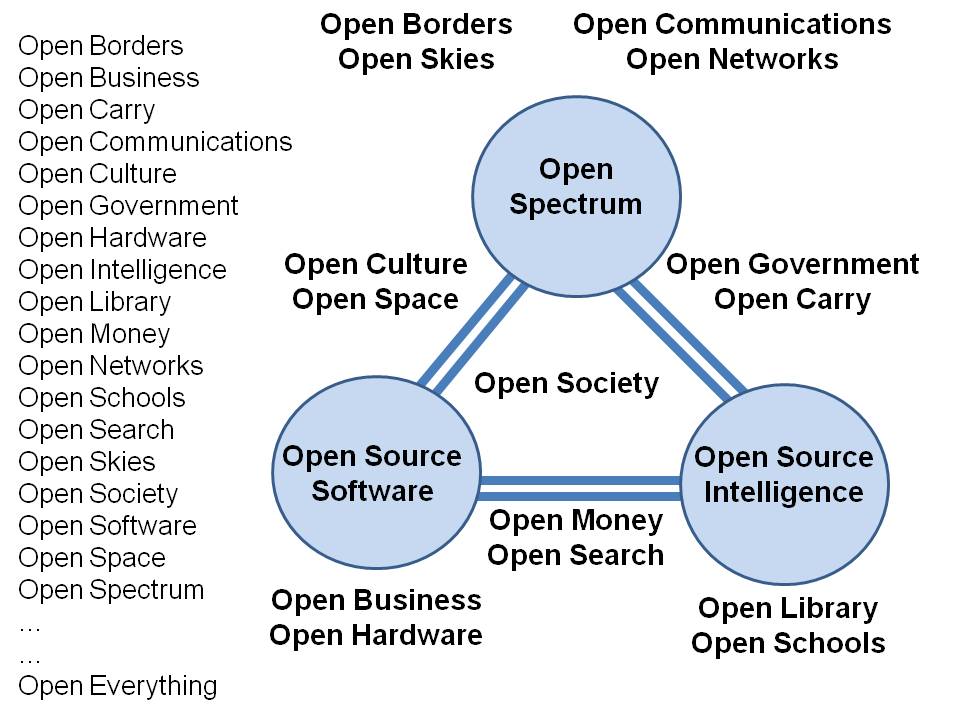