OpenSSL vulnerabilities are sticking around for a while. In fact, recently two new ones were announced: One allows criminals to run an arbitrary code on a vulnerable computer/device, and the other allows man-in-the-middle attacks. A more famous openSSL vulnerability that made headlines earlier this year is the Heartbleed bug. 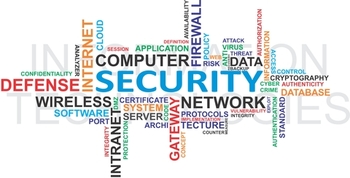 Hunton & Williams LLP reports that GameOver Zeus malware infiltrated half a million to a million computers, resulting in gargantuan losses to businesses and consumers. The firm says that antivirus software just isn’t enough to prevent mass infection. The fact is, advances in malicious code have rendered antivirus software frightfully weak, continues the firm..While not everyone agrees on this point, Hunton & Williams recommends a proactive approach which includes assessment of risk transfer methods, e.g., insurance.

Laurie Mercer, from the security consulting company Contest Information Security, also believes in cybersecurity insurance. Mercer uses cars as an analogy. A car must stick to safety standards. The car gets serviced every so often. But the car also has various buttons and whatnots inside that can alert the driver of a problem.

Likewise, with cybersecurity, products can be certified with commercial product assurance accreditation. A website can get a regular security audit every so often. And like the interior buttons of a car, a website can have a response strategy to a cyber incident or some kind of detection for an attack. However, the car should still be insured.

At a recent SC Congress London, Sarah Stephens from Aon EMEA pointed out that cyber insurance is rising in popularity. But Andrew Rose, a security analyst with Forrester, noted that many threats can be resolved with adequate plans in place.

Robert Siciliano is an Identity Theft Expert to AllClearID. He is the author of 99 Things You Wish You Knew Before Your Identity Was Stolen See him knock’em dead in this identity theft prevention video. Disclosures.