The fourth of the 14 Keystone pump stations leaks happened here on Aug. 19, 2010. Hartington became a stop on my cycling journey because opponents of the proposed extension, Keystone XL, have cited the leaks as reasons to be wary of XL. While concern over potential XL impacts and leaks in Nebraska eventually forced TransCanada, the pipeline company, to reroute, the first Keystone and its leaks weren't newsworthy in this eastern Nebraskan town of a little more than 1,500 people.

"Ten gallons? That's nothing," said Gayle Becker, a rancher in Hartington whose lands lay near the Keystone pipeline. Becker said the leak wasn't an issue since it was small and happened on TransCanada's property.

TransCanada representative Grady Semmens said all 14 leaks occurred at above-ground pump stations, which adjust pressure to pump oil along the pipeline. Unlike the pipeline, which was essentially welded into a long tube, pump stations aren't seamless because they contain fittings, valves and other components that are routinely maintained by pipeline workers. All the leaks were due to "small-diameter fittings and pump seals and not due to the integrity of the pipe itself," Semmens said. 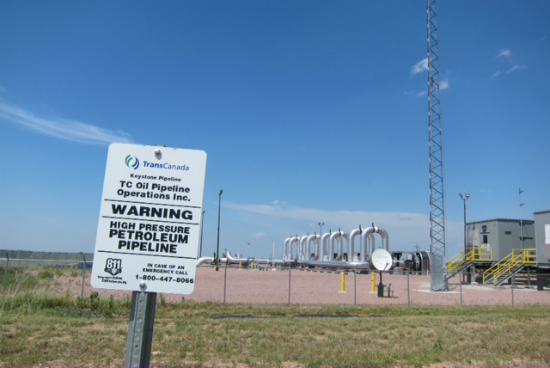 The Keystone pump station that leaked in Hartington, Neb.

While Hartington locals didn't have much to say about the leak, XL-opposers across Nebraska see the leaks as warnings signs. Sierra Club lobbyist Ken Winston said the 14 leaks in a "brand new state-of-the-art pipeline" are worrisome, particularly in Nebraska where the original route went through the Sand Hills. While the first Keystone didn't receive much attention in this state, widespread concern over the Sand Hills was cited as what eventually delayed and rerouted the proposed XL, said Duane Hovorka, executive director of the Nebraska Wildlife Federation.

The Sand Hills region is the largest, grass-stabilized sand dune formation in the United States, said Jim Goeke, a hydrogeologist and professor emeritus at the University of Nebraska-Lincoln. Disturbing the grass can cause wind erosion and blowouts. Due to the sensitivity of the area, Semmens said TransCanada developed construction, reclamation and post-construction procedures specifically for the Sand Hills.

The Sand Hills also absorb and hold water like a sponge, Goeke said. In some areas, the groundwater is close to or at the surface, feeding lakes and marshes across the region. Water from the Sand Hills can flow into the Ogallala aquifer, a subsurface rock formation that stores and provides water to farmers, ranchers and residents in Nebraska. Nebraska, having 93,129 registered irrigation wells, depends on the aquifer to fuel its agriculture-based economy.

Worries in Nebraska over XL have been related to the aquifer. But since the aquifer's composition varies (from porous to impermeable) in all directions and water flow through the aquifer is in terms of hundreds of feet per year, Goeke said a leak would probably be confined to a half-mile radius from the pipe. Having studied the Ogallala formation for the past 40 years, Goeke said water in the aquifer primarily flows west to east due to the slope and gravity, so a leak wouldn't affect the 75 to 80 percent of the Ogallala west of the original XL route. However, a leak is a leak.

Grassroots efforts helped spread word of XL and the Sand Hills, Hovorka said. When Keystone 1 was proposed, not many people heard about it, but when XL was proposed, environmental groups alerted their networks, starting the grassroots movement, Hovorka said. Soon, landowners, like Nebraskan rancher Randy Thompson, joined the opposition. Thompson said he began opposing the pipeline in opinion letters to local newspapers because TransCanada would use "eminent domain" under Nebraska Revised Statute 27-408 if he didn't sign the easement. "Honestly, at first, I didn't know anything about the pipeline or where the oil came from," Thompson said. "All I knew was I didn't want the pipeline on my property."

When landowners stood against XL, more Nebraskans started noticing because it was "unexpected," Hovorka said. "[The landowners] were conservative, Republican ranchers -- not your typical Sierra Club environmentalist," he said.

Nebraskan XL opposers turned to their state government, but Nebraska had no law authorizing it to control pipeline sitting. Since the president and State Department had ultimate say on XL, the governor of Nebraska, Dav Heineman, wrote a letter urging both to "disapprove TransCanada's pending permit request" and then called Nebraska's legislature into a special session on pipeline sitting. The State Department announced it was delaying its decision on XL until TransCanada submitted supplementary information regarding alternative routes in Nebraska. But Congress passed an Act with a provision requiring a decision on XL in 60 days, so the president and State Department denied XL's permit, citing the deadline did not provide enough time for information to be submitted and reviewed. TransCanada had to reapply with new information regarding the route in Nebraska.

If it weren't for the route and grassroots movement, Hovorka said Nebraska's reaction to XL would have mirrored its reaction to the first Keystone. "In lots of places, it was just a big yawn," Hovorka said, which was what the pump station leak and Keystone pipeline was to the locals of Hartington. 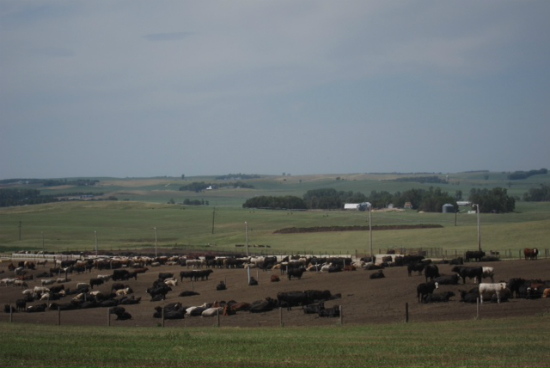