The Cyclone, the famed wooden roller coaster at Coney Island in Brooklyn, New York, got stuck on its first operating day of the season on Sunday.

The coaster at Luna Park got stuck near the top of its first big hill, and about a dozen riders were escorted off by foot and walked down along the tracks.

"Eric Adams, the borough president came down and christened the ride, the dignitaries took their ride, everything went fine and then us general public went for a nice ride, and we had a little belt slippage, and they shut it down," Eric Napp, who is known as "Mr. Cyclone" and has been on the coaster more than 1,000 times, told ABC 7. "The locks were in place, so the ride didn't slide back down, and then staff came up and safely escorted us off the ride."

But not everyone took the evacuation in stride.

"It was terrifying, because I was up there and everything was spinning," Gabriella Centeno told NBC New York. "I didn't know what to do."

“That thing was the scariest thing I ever did,” David Zubin told amNewYork. “The bricks, walking down, looked like it was going to break when you stepped on it.”

Luna Park, which operates the ride, posted on Facebook that no one was injured.

"This was an isolated issue and it is quickly being resolved," the statement said. "Those on the ride were safely evacuated according to our safety training procedures and will be able to ride again for free."

The ride is expected to reopen on Saturday, the next day the park is open, amNewYork reported.

The evacuation from the Cyclone, which turns 88 years old this summer, was captured from multiple angles on social media:

Riders being evacuated from an aborted first ride of the year at the #coneyisland #cyclone http://t.co/W6RuCvm6ZI pic.twitter.com/XvO1Q51VHy 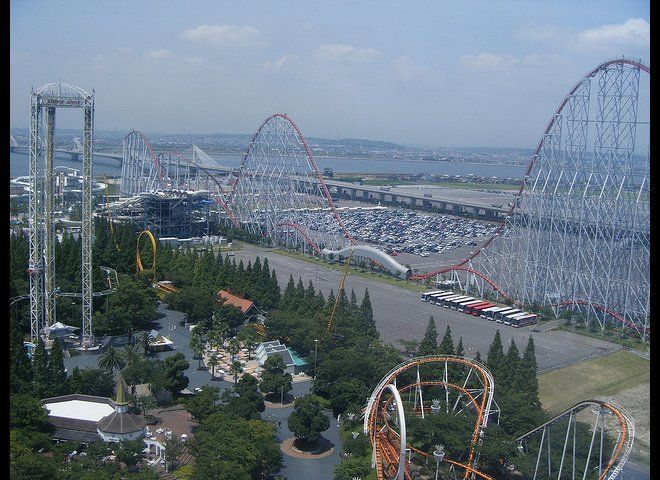 1 / 12
Steel Dragon 2000, Japan
<strong>Where: </strong>Nagashima Spa Land in Mie Prefecture. <strong>Scary Stat: </strong>Slow climb to a 306-foot drop. It takes nerves of steel to sit calmly through what feels like the most suspenseful 1:15 minutes of your life as this coaster gradually climbs to the top of the first hill before dropping 306 feet. Built in 2000, the year of the dragon, the world’s longest coaster stretches on for 8,133 feet—an endurance test of marathon-like proportions—and you’ve got no choice but to wait it out for all four minutes. <a href="http://www.flickr.com/photos/paulkelly/" rel="nofollow">Photo by Paul and Kelly</a> <strong>Plus: <a href="http://www.travelandleisure.com/articles/worlds-scariest-roads" target="_hplink">World's Scariest Roads</a></strong>