Here's looking at you, one-eyed horse head in a bucket.

This so-called "cyclops" horse, which was born in Denmark last year, is quite an oddity. The foal died immediately after birth, and the owner donated it to the University of Copenhagen. 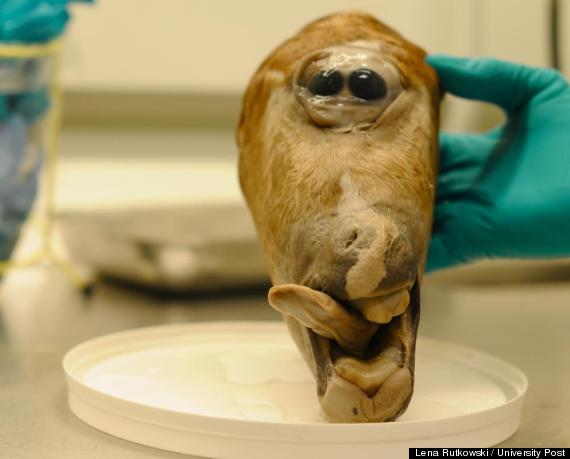 The horse has a single, fused eye in the center of its head. The eye has two eerie pupils.

"It is a fusion of two eyes, so it contains two of several things including the pupils... People are fascinated by such defects because it reveals the diversity of biology. It shows that nature can be so strange," professor Henrik Elvang Jensen said on the university's website. "Such mutations may occur in all animals, and even humans."

Although researchers said they aren't sure what caused the eye defect in the horse, they know that accompanying deformities in the animal's nervous system mean that it's impossible to encounter a living horse cyclops. 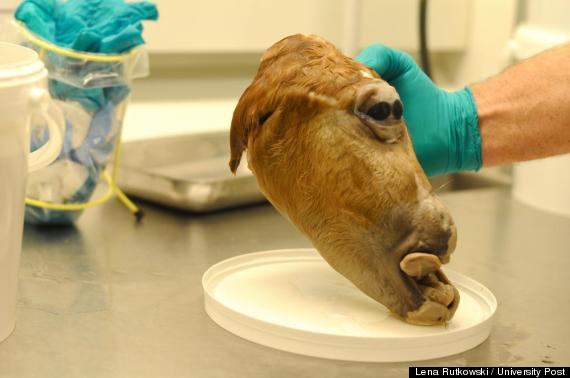 Right now, the severed horse's head is being kept in storage, but the university has plans to display it.

Jensen said that while he anticipates public interest in the head, isolated specimens aren't generally significant to researchers. This is the first cyclops horse they've seen in 30 years.