Several eyewitnesses in different areas of eastern Kentucky reported seeing a strange, cylindrical UFO hover for two hours in clear skies last week, but an amateur astronomer's striking video and images of the object are now coming to light.

Astronomer Allen Epling was at home on Oct. 16, when one of his visitors said there was a strange airplane in the sky, reports the Appalachian News-Express. 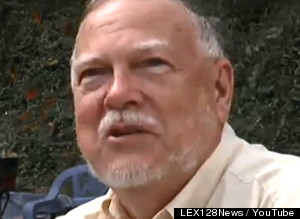 According to CBS affiliate WYMT-TV, Epling, pictured at right, said the object "looked like two fluorescent bulbs, side by side, parallel, shining very brightly. It would get so bright they would seem to merge, and you could see it very clearly with the naked eye. Then it would dim down almost invisible."

On Epling's YouTube posting of his UFO video he wrote: "I want to emphasize that the object is NOT moving. The picture is unsteady because I had to hold the camera in hand while trying to video it through the eyepiece of the telescope."

He added that his sighting "was with clear, cloudless skies, no aircraft in sight, altitude unknown but definitely above airliner cruising altitude."

Kentucky State Police told the Appalachian News-Express that there were five calls about the object in Pikeville, which was also seen from other Kentucky towns.

The United States Department of Defense and Kentucky Air National Guard told the News-Express they weren't aware of any unidentified objects over Kentucky during the time of the sightings. And a local Pikeville-Pike County Regional Airport spokesman said he didn't know of anything unusual in the sky.

Epling speculates that the object might have been some kind of balloon, but "if it's a balloon, how could it maintain its structure at that altitude? It wasn't anything I recognized. Definitely not an airplane, and I've never seen a helicopter that looked like that."

Check out this news report on the Kentucky UFO 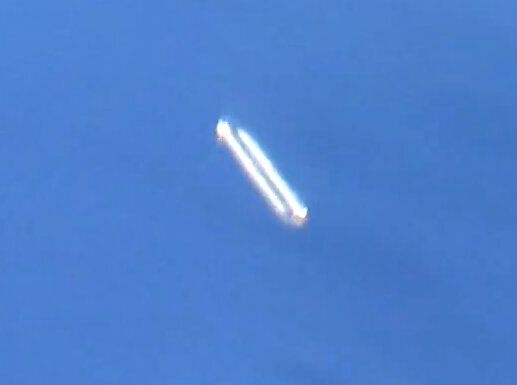 1 / 4
Kentucky UFO Oct. 16, 2012
Amateur astronomer Allen Epling captured video and images of a cylindrical object in the sky above his Virgie, Ky., home on Oct. 16, 2012. This is one of the first images he caught.
Allen Epling / YouTube