As European heavyweights and the government of Cyprus maneuver to reach a bailout deal for the country's banks, the citizens of the island nation are making their opinions heard. For years, rich foreigners, especially Russians, socked away cash in Cypriot banks as offshore havens, The Economist reports, eventually leading to bank holdings worth more than 800 percent of the Cyprus' GDP. But the huge holdings made a bailout built around loans, simliar to bailouts in Ireland and Greece, nearly impossible.

Instead, the International Monetary Fund and European Union are attempting a "bail in," in which a tax is levied on all Cypriot bank accounts to offset the bailout's 10 billion euro price tag. Many Cypriots have reacted strongly against the plan, which would impose a 6.75 percent haircut even on bank accounts with balances less than 100,000 euros in its initial terms, according to The Daily Beast.

On Tuesday, Cypriots staged protests outside the House of Representatives in the capital, Nicosia, which were "expected to be one of the biggest the country has seen to date," according to Greek newspaper E Kathimerini. Much of the protesters' anger was directed at the German government ministers they see as being behind the bailout's onerous conditions. The Cyprus Weekly reports one demonstrator tore down the flag at the German Embassy in Nicosia and threw it on the ground.

While the exact number of transactions is unknown, many Cypriots have begun withdrawing their cash, as both The Toronto Star and NPR report long lines waiting at the island's ATMs. According to NPR, Cyprus' banks will remain closed through Tuesday in hopes of preventing the run from spiraling out of control.

Check out the photos of protests in Cyprus below. 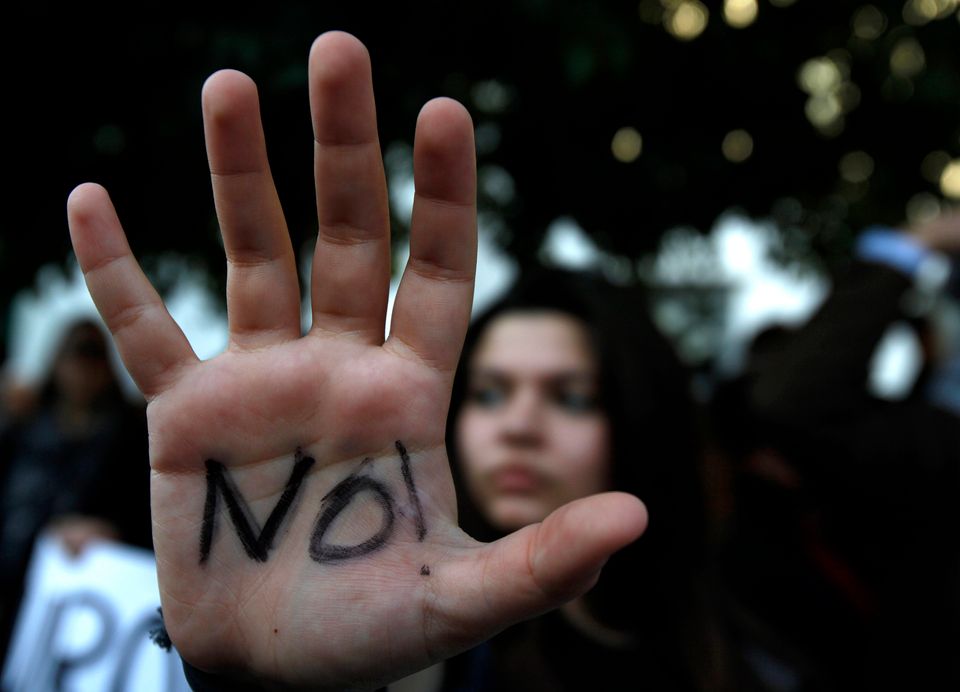 1 / 14
A protestor holds out her hand during a protest outside the parliament in Nicosia, Cyprus, Monday, March 18, 2013. (AP Photo/Petros Karadjias)
AP