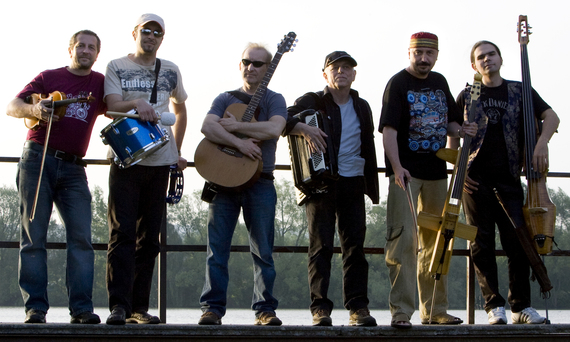 Several years ago, I interviewed the Czech folk-rock band Čechomor for the magazine Dirty Linen. I kept in touch with them for a while, but in the intervening years, it's been hard to get my hands on their music, so I took advantage of my trip to the Czech Republic in June to pick up what I've missed.

Back in 2006, I described Čechomor thus:

Energetic, gutsy music with the complexity of a chamber orchestra, the syncopation and swing of big-band jazz, and the fire of Celtic rock. The fiddle has raw electricity and springiness, the hard-hitting drums give it a definite rock edge, and the touches of folk and jazz instrumentation (mandolin here, trumpet there) give it depth and variety.

I see no reason to change this opinion now; they've tweaked their sound here and there, but they're still essentially Čechomor, a bright star in the electric folk firmament. 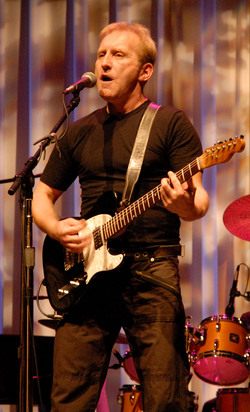 In the years between my meeting with them and 2010, they got busy, recording a three-album project with an unusual theme: legends about the Czech Republic's castles and manors. Each CD covers a region (Bohemia, Moravia, and Silesia), and each features storytelling by a master narrator. Čechomor and special guest musicians provided songs and musical selections, mostly arrangements of traditional folksongs with a few of their own compositions thrown in. The resulting albums are fun, but if you don't speak Czech it's a little hard to enjoy the storytelling, so Čechomor did the sensible thing for their international audiences, and released most of the songs, without the storytelling, on a single album. The result is Písnĕ z Hradů á Zamků. As befits its folkloric theme, it comes down more on the folk side of the folk-rock continuum, with rustic Czech bagpipes here and there, and lots of brisk fiddling in Slavic rhythms. It's more subdued than the band's usual studio work, but, for fans of folk and of Slavic music, it may be all the more appealing for that. They still brought their electric guitars and drums, and some of the tracks use them to rock out. In places it borrows from string-quartet music, with fiddle in the lead, a great cellist, and bowed bass. In others, Radek Pobořil puts down his accordion for the trumpet, and guests add other brass. Finally, for people who prefer a modern sound, a couple of bonus tracks do a great job adding beats and loops for radio-friendly mixes, including the video below, whose guest singer is the Silesian-Polish pop star Ewa Farna. 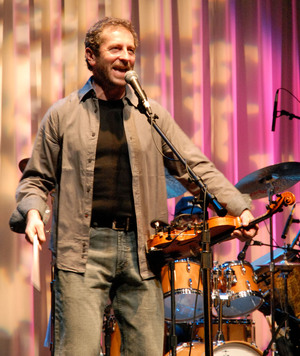 Next, Čechomor released Místečko, their most recent studio album. This is the long-awaited follow-up to Co Sa Stalo Nové, which Ken Hunt of fRoots called "revelatory-revolutionary" and "a contemporary folk masterpiece." Hard act to follow, but the boys do a good job with the help of producer/guitarist Gerry Leonard, who acts as an ancillary band member throughout the album. Leonard is best known for his work with David Bowie in rock, Susanne Vega in contemporary folk, and Susan McKeown in Celtic music. He performs and records under the moniker "Spooky Ghost," in honor of his haunting, ambient guitar sounds, which provide a wispy, subtle sonic bed for many of Místečko's tracks. On Místečko, Čechomor push their own envelope, try new things, and come up with a complex and varied album of atmospheric folk rock. 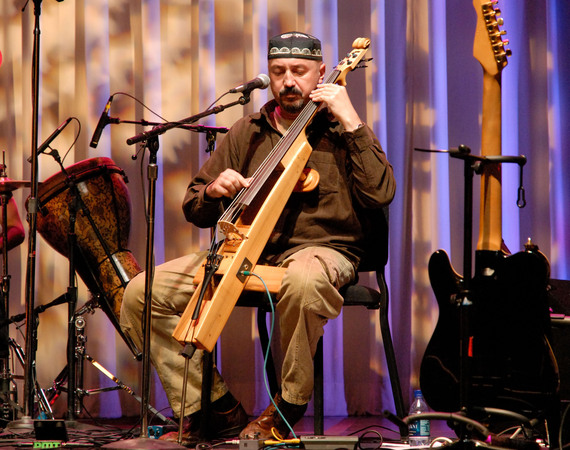 The word "Místečko" means "niche," and the title track is about a young man reassuring his mother he'll always have a little place in the world. Ironically, Čechomor use the track to move beyond their niche, inviting Slovak musician Ivan Tásler to write the melody, which results in an anthemic rock sound that might make you flick your bic. Tásler also transforms "Andulka," a tough old ballad about serial infanticide, with an angry rock vocal that complements its chilling theme. Other guests include violinist and singer Martin Hrbáč, singers Ewa Farna and Lenka Dusilová, and bassist Tony Levin. Divokej Bill, sort of the Czech Republic's Pogues, appear on one track, and even Suzanne Vega appears, singing a sad folksong translated from the Czech. All these guests mean it's more of an exploration of the studio than a tight band album. Still, there are plenty of songs with the patented Čechomor sound featuring František Černý and Karel Holas on electrifying and intense vocals, fiddle, and guitar, including "Limbora," "Lístek z Vojny," "Chodil Páter," and "Věrní čápi," whose title translates delightfully to "Faithful Storks."

Here's a video of the title track:

Čechomor's next recording was a live Christmas concert held at the Czech National Theater, put out as a CD/DVD set called Čechomor v Národním. I bought the album download, so I can't comment on the video, but the audio is a strong testament to what they can do live. With guest singers Farna and Dusilova, Gerry Leonard on guitar, and a classical string quartet in addition to Čechomor's regular members, they perform a set that includes a few of their greatest hits, but mostly brand-new material they haven't recorded before. Some are Christmas songs, some appear to be non-seasonal folksongs. They're impressively tight, whether singing to a simple accompaniment on Czech bagpipes, or playing en masse with band, quartet, spooky ghost sounds, and singers, as on "Holubička." Throughout the set, they sound polished and professional, and even their old favorite "Až já půjdu povandruju" sparkles with fresh energy. Here's "Holubička," again featuring Ewa Farna.

Čechomor marked their 25th year as a band in 2013, and they celebrated with another live concert and recording project, their most ambitious in a career of ambitious projects: a massive outdoor concert in the stunning medieval town of Český Krumlov, with guests including Leonard, Dusilová, Japanese drummer and flutist Joji Hirota, the Smíchovská komorní filharmonie symphony orchestra, and the Kühnův smíšený sbor, a huge mixed choir. The resulting CD/DVD set is called Čechomor 25 let Český Krumlov Live. For the most part, they play greatest hits, including "Gorale," "Mezi Horami," "Proměny," "Hop Hé," and "Co Sa Stalo Nové." The DVD includes some hits not on the CD, including "Michálek" and my favorite of all, "Hruška." Most of the songs benefit from the lush orchestrations and choral parts, and Hirota's drums and flutes are always a treat. As a fun surprise, Hirota also sings a Japanese traditional song. It's an exceedingly well executed show; the playing and singing is impeccable, and the recording captures the sounds beautifully. But since this concert does present Čechomor's best songs, since the DVD has more of them, and since it's always fun to watch Michal Pavlik play his picturesque Czech bagpipes, I recommend enjoying this one on video. Sadly, there's no video of this concert currently online...instead, here's one of the songs they played, "Proměny," featuring Lenka Dusilová and orchestra:

That brings us up to date on Čechomor's music. Remember, you can listen to their whole catalog on their website, and read the history of the band on mine.