It's been seventy years since the boats invaded the beach at Normandy to fight one of the bloodiest battles the world has ever seen. However, not everyone who went ashore that day was armed.

Lt. Col. George Russell Barber of the U.S. Air Force was one of the last surviving D-Day chaplains when he died in 2004. He was the only member of his craft who landed without a weapon to protect himself, because he was there with a different mission-- to provide spiritual support to wounded and dying men.

“I talked to as many as I could and prayed with them," he told Mark Ellis of Godreports. "I said, ‘Trust in God.’” Barber remembers that as soldiers died in front of him, he recited from John:14, “Do not let your hearts be troubled. Trust in God; trust also in me. In my Father’s house are many mansions…”

He wasn't the only chaplain at Normandy that day. Here, we remember the men who kept faith alive in the hellish depths of World War II. 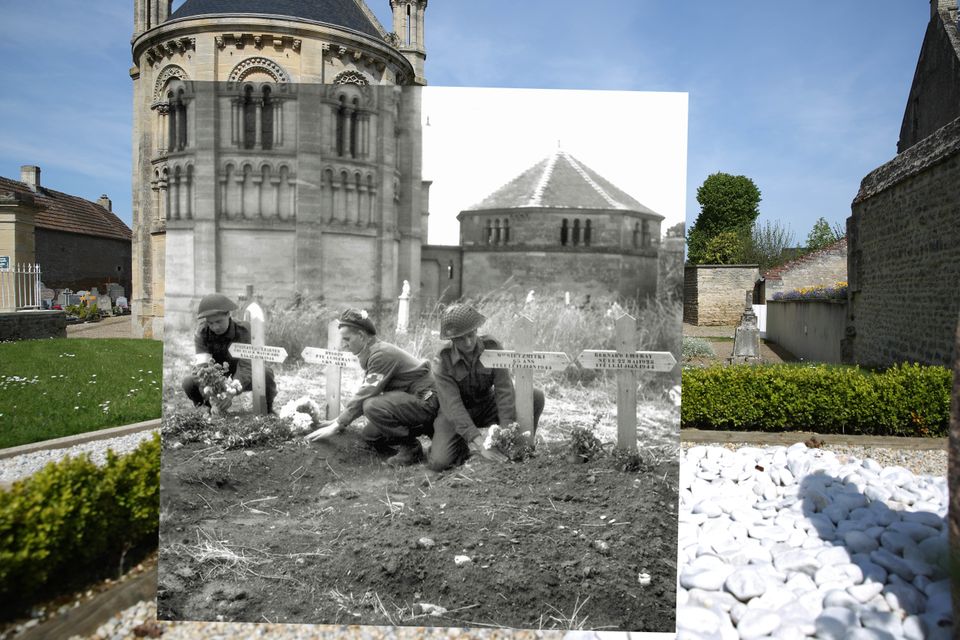 1 / 11
D-Day Remembered
In this composite image a comparison has been made of Basly, France. A view of the graveyard with the church of Saint Georges de Basly in the background on May 5, 2014 in Basly, France. The Allied invasion to liberate mainland Europe from Nazi occupation during World War II took place on June 6, 1944. Operation Overlord, known as D-Day, was the largest sea borne invasion in military history. (Photo by Peter Macdiarmid/Getty Images) Three soldiers of the 23rd Field Ambulance (RCAMC = Royal Canadian Army Medical Corps - Medical Service of the Canadian Army) of the 3rd Canadian Infantry Division place flowers on graves. June 1944. Two soldiers wear the armband for the Red Cross. In the background is the church of Saint Georges de Basly. In the four temporary graves are a Scottish, a Canadian and two French civilians. Saint Georges de Basly, Normandy, France. (Photo by Galerie Bilderwelt/Getty Images)
Getty Images