Thirty-five years ago this week, Big Thunder Mountain Railroad first began rolling through Disneyland's Frontierland. And while millions of theme park fans have enjoyed "The Wildest Ride in the Wilderness" since then, few folks today realize that -- if Disney's Imagineers had had their way back in the 1970s -- this thrill ride wouldn't have just been a stand-alone attraction. No, Big Thunder was supposed to have served as the gateway to this entirely new "land" at "The Happiest Place on Earth."

What am I talking about? Well, imagine if the miners who dug all of those tunnels deep down into that mysterious mountain hadn't blown all of their hard-earned gold on wine, women and song? What if they had spent their fortunes instead building a "San Francisco of the 1850s-1880s" right at the northern-most edge of the Rivers of America? 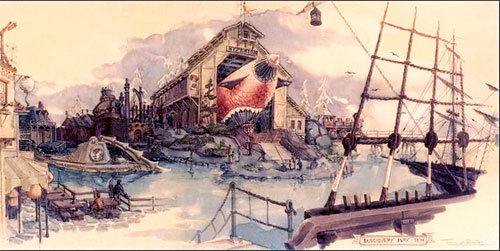 This proposed western port city -- Discovery Bay -- has been the stuff of legend within the Disneyana fan community for decades now. Theme park buffs have been obsessing over this themed expansion of Disneyland ever since the project was first announced in Walt Disney Productions' annual report for 1976. 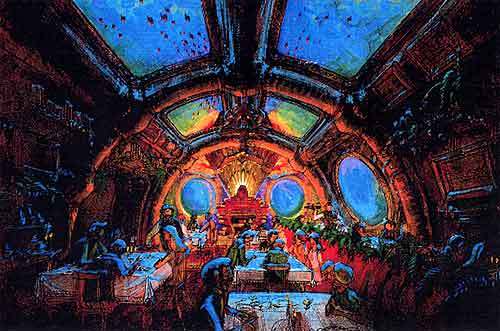 At that time, Discovery Bay was described as a place that celebrated

... an age of discovery and expansion. Here would be located attractions based on the motion pictures "Island at the Top of the World" and "20,000 Leagues Under the Sea," the latter featuring "undersea" dining in the Grand Salon of Captain Nemo's famous submarine.

Sadly, almost as soon as the Imagineers produced an elaborate scale model of Discovery Bay (which was then put on display in the Disneyland Preview Center on Main Street, U.S.A.), Mouse House managers began having second thoughts about the project. Mostly because the Disney-produced action-adventure that was supposed to have served as the jumping-off point for this new "land" -- 1977's The Island at the Top of the World -- bombed at the box office. 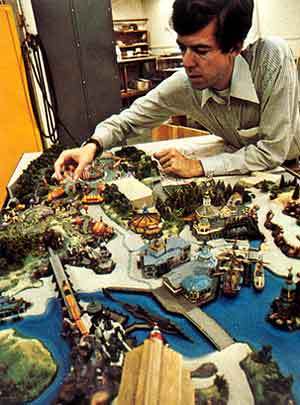 Ah, but that wasn't the end of Discovery Bay. Even as Walt Disney Productions execs were taking the budget that had originally been set aside for this celebration of Jules Verne & H.G. Wells and then using it on a retooling of Disneyland's Fantasyland (which opened in late 1982 / early 1983), the Imagineers were finding new ways to keep this steampunkish place alive. First by reimagining the Tomorrowland area that had been proposed for Euro Disneyland as Discoveryland and then by making Mysterious Island a centerpiece of Tokyo Disney Sea.

In short, Discovery Bay is one of those Disney-created ideas that just wouldn't die. Its influence can be felt even today with Marvel's new best-selling series of Figment comic books. Which stars the Dreamfinder character from Epcot's "Journey into Imagination" attraction. Though -- truth be told -- the Dreamfinder and Figment's origins can actually be tracked back to (you guessed it) Discovery Bay. 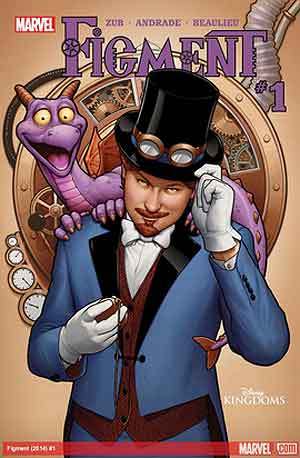 So given that this never-built theme park land has had such a profound impact over the past 30 years, it only makes sense that D23 -- the Official Disney Fan Club -- has decided to explore the convoluted history of this project at its upcoming Destination D event, Attraction Rewind.

During Attraction Rewind's "Rediscovering Discovery Bay" panel, Disney Legend Tony Baxter will take guests on an in-depth tour of the never-built themed expansion for Disneyland, through rarely seen concept artwork and models that he worked on during his time at Walt Disney Imagineering.

"Of all the Disney Park projects that have not been realized during my years as an Imagineer, Discovery Bay stands out as the most intriguing," Baxter stated. "This unique D23 presentation will chronicle the Discovery Bay Journey from the story's very beginning. From when gold was discovered deep inside Big Thunder Mountain, providing financial means for its mythical founder, Jason Chandler, on through many designs for the Bay and its attractions, all the way to a full fledged theme park concept. I guarantee there will be some real surprises along the way."

So if you'd like to discover how "The Wildest Ride in the Wilderness" was just supposed to be the initial stepping-off point for an even wilder adventure along Disneyland's waterfront, then you should definitely check out D23's Destination D: Attraction Rewind event. Which will be held at WDW's Contemporary Resort Hotel November 22-23.