When it came to proving his "Disney geek" street cred last January, Adam Sanderson -- Head of D23: The Official Disney Fan Club -- had just the secret weapon in mind. To decorate his new office, Sanderson (who had previously worked as the Senior Vice President of Franchise Management for the Disney / ABC Television Group) brought in one of his most prized childhood possession: a 45 of the theme song from "It's a Small World."

"This is actually a souvenir from my family's visit to the 1964 - 1965 New York World's Fair," Adam recalled during an interview. "My family lived about a half hour away from Flushing Meadow. So we went to the Fair sometime during its two-year run. I'm not exactly sure which year it was, 1964 or 1965. But I know that my Dad took a picture of me standing with the Disney characters outside of the Pepsi-Cola pavilion. So maybe my parents bought me that 45 after we got off of 'it's a small world' and then exited through the gift shop." 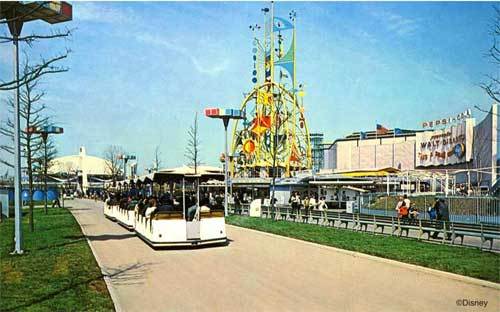 Now just having a Disney-related souvenir from the 1964 - 1965 New World's Fair should be enough to qualify someone for membership in D23. But Sanderson -- because he was already on a path to eventually become the Head of the Official Disney Fan Club -- had to go a little bit further with his fandom.

"So years later, I'm working for the Company and I run into Richard Sherman. And Richard -- along with his brother Robert -- is the guy who actually wrote the theme song for 'it's a small world.' And since I keep this 45 on display in my office ... Well, I quickly go and get it and then tell Richard the story about how I used to play this 45 on my grandmother's Victrola and how it would mean the world to me if he would now sign it," Adam continued. "And Mr. Sherman laughs and then autographs that record for me, adding a personal note: 'It's about time.' "

And the times, they are obviously a-changing. Nowadays, we're a long way aways from when Sanderson used to play that 45 on his grandmother's Victrola. Which is why Adam -- while respecting The Walt Disney Company's history and the obvious affection that its hardcore fans have for the films, TV shows and theme park attractions of the past -- is trying to make sure that D23 makes use of every available technology and delivery platform to stay connected with the fan community. 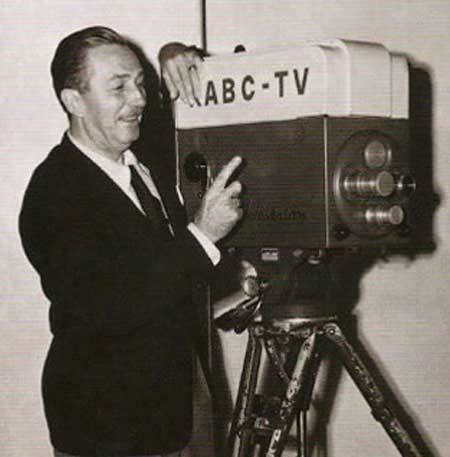 "Look, we're honestly just following in Walt's foot steps here. I mean, think about it. He was an early adopter of technology. Those early Mickey Mouse shorts were among the first films to feature synchronized sound. Likewise that Fantasound system which Disney technicians developed for the original theatrical release of 'Fantasia.' That predated the elaborate sound systems that we find in movie theaters today. And back in the 1950s, when all of the other studios in Hollywood were hesitating to get into television, Walt leaped in with both feet," Adam explained. "So to now make use of new technologies like live-streaming so that some of D23's panels and presentations can then be available to fan club members in far-off corners of the globe, that -- I feel -- is a way to honor Walt's innovative spirit. More importantly, that there's a real opportunity here to grow and change the Official Disney Fan Club in a way that's consistent with the way that people now interact with media. "

Which isn't to say that Sanderson plans on actively moving D23 away from all older forms of media. Take -- for example -- Disney twenty-three magazine, that glossy collectible quarterly which is exclusively available to all Gold level members of the Official Disney Fan Club. 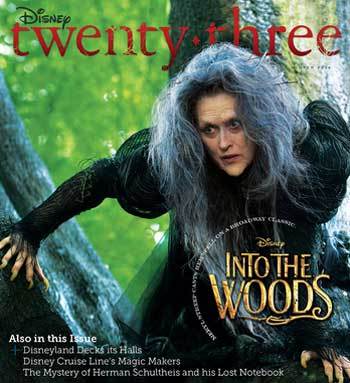 And speaking of bigger ... One thing that certainly won't be getting smaller anytime soon is the D23 Expo. Even though more than 50,000 people from 48 states and 21 countries attended the third edition of the largest Disney fan event in the world back in 2013, Sanderson anticipates that the 2015 edition (which will be held at the Anaheim Convention Center from August 14-16) will draw an even bigger crowd. More importantly, be an even bigger crowd pleaser.

"I began working on the 2015 Expo on the first day that I came to work at D23. And it's just been a thrill to work on an event of this size. As a kid, I was the one who did the Muscular Dystrophy carnivals in my neighborhood. And when I worked at Disney Channel Worldwide, I played a key role in planning some pretty big events. But what we've got planned for the next D23 Expo, it just boggles the mind," Adam enthused. "I mean, when you think about everything that's going on inside of the Company right now, all of the cool things that they're doing at Marvel and Lucasfilm and Pixar, not to mention the Studio and Consumer Products and Disney Interactive ... We have so much to showcase this time around. Which is why we're looking at all sorts of different ways to grant Disney fans access, make it possible for them to interact with all of this incredible entertainment that's headed their way. Which is why -- as I mentioned earlier -- we're looking for additional ways to connect with our D23 Members. Make use of digital and social media so that they can then have access to all of the great content that's available through the Official Disney Fan Club. Not just the retro and nostalgic stuff. But also stories and videos that then talk up all of the great future projects that The Walt Disney Company currently has in the works." 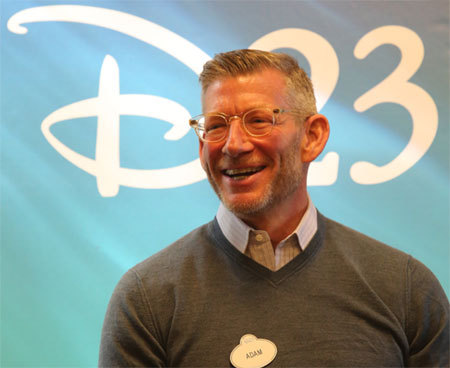 Speaking of which ... Given that 2015 looks to be a banner year for the Mouse House, what with the 60th anniversary of Disneyland Park, not to mention highly anticipated theatrical releases like Marvel's Avengers: Age of Ultron, Pixar's Inside Out and Lucasfilm's Star Wars: The Force Awakens, what Disney-produced project is Sanderson most looking forward to seeing? Appropriately enough, it's Tomorrowland, that brand-new Brad Bird / Damon Damon Lindelof movie which opens in theaters on May 22nd. Which (SPOILERS AHEAD) has an intriguing tie to the very beginnings of Adam's own Disney fandom.

"We actually ran a preview for Tomorrowland as part of our Destination D: Attraction Rewind event last month at Walt Disney World. And what was great about this clip is that it showed a scene which was set at the 1964 - 1965 New York World's Fair where a character got on the 'it's a small world' ride," Sanderson stated.

What happened next? To be among the first to get a definitive answer to that question, you should probably think about joining D23: The Official Disney Fan Club.