A majority of Americans believe Washington spends too much on foreign aid, but the U.S. is far from the world's most giving nation.

The OECD's new data last month reported which of its 28 member countries gave the most to others in development aid last year, based off of each country's gross national income, or GNI.

As the Week pointed out last year, Americans tend to wildly overestimate how much of their taxes are spent on foreign aid. Highlighting a Kaiser Family Foundation survey, the outlet reported that, on average, Americans believe 28 percent of the federal budget is spent abroad.

DAC's new data highlights an increase in development aid throughout the past 15 years, as official development assistance (ODA) has increased by 66 percent since 2000.

“I am encouraged to see that development aid remains at a historic high at a time when donor countries are still emerging from the toughest economic crisis of our lifetime,” OECD Secretary-General Angel Gurría said, according to a statement.

To see which DAC countries gave the largest percentage of their gross national incomes to international development aid, scroll below.

PHOTO GALLERY
16 European Destinations for the Traveler Who's Seen it All
Robbie Couch
Associate Editor of Impact, The Huffington Post
Suggest a correction 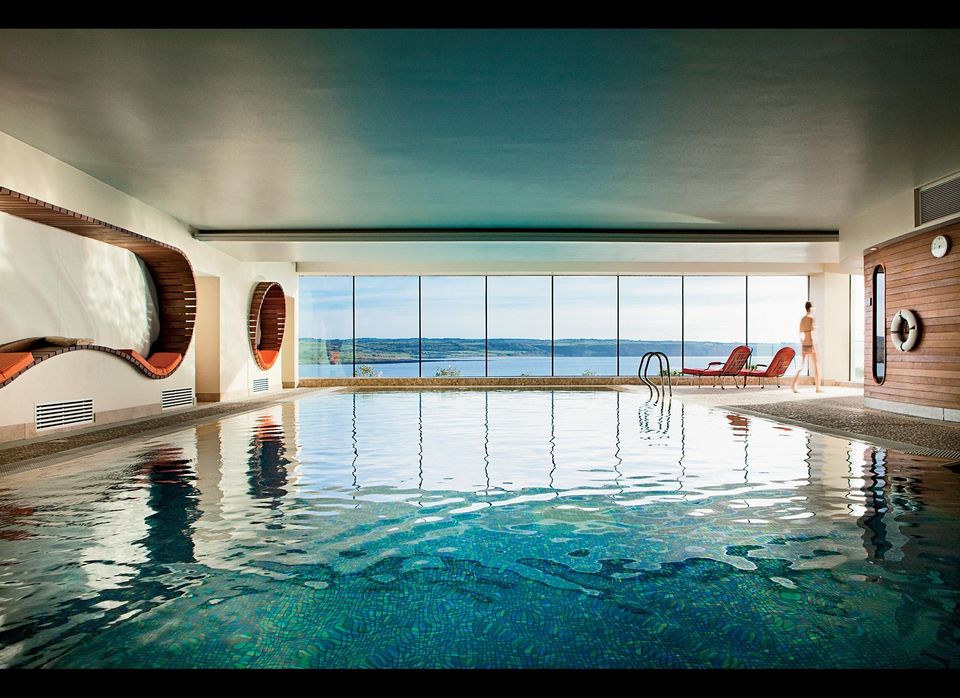 1 / 7
Ardmore, Ireland
<strong>See More of the <a href="http://www.travelandleisure.com/slideshows/the-europe-you-dont-know-16-destinations-for-the-traveler-whos-seen-it-all/8?xid=PS_huffpo">16 European Destinations for the Traveler Who's Seen it All</a></strong><br><br>Setting off through southeast County Waterford feels like stumbling upon County Cork 15 years ago, before its farmers’ markets and country house hotels became part of Ireland’s established culinary circuit. Ardmore’s <a href="http://www.thecliffhousehotel.com/" target="_hplink">Cliff House Hotel</a> (<em>doubles from $246</em>) is the perfect base from which to explore the area’s craft brewers, artisanal distillers, and cheese makers. It has 39 sea-facing rooms with chairs upholstered in Donegal tweed, campaign trunks, and glassed-in double showers; there’s also a light-filled indoor pool and outdoor stone tubs at the spa. At chef Martijn Kajuiter’s Michelin-starred dining room, you’ll taste locally sourced sea vegetables, lamb, and whiskey. Just up the coast in Dungarvan, chef Paul Flynn rethinks Irish staples at his restaurant <a href="http://tannery.ie/" target="_hplink">Tannery</a> (<em>entrées $29–$31</em>), which also houses a cooking school. Nearby, <a href="http://dungarvanbrewingcompany.com/" target="_hplink">Dungarvan Brewing Co.</a> recently teamed up with nearby newcomer <a href="http://blackwaterdistillery.ie/" target="_hplink">Blackwater Distillery</a> for some ambitious collaborations—fancy a pint of cask-aged oatmeal stout?<br><br> <em>Photo courtesy of the Cliff House Hotel</em>