I am so annoyed (can you tell by my photo). I've been reading all the hype surrounding the new term coined by women, "the Dad Bod" in an attempt to make men feel better about their slightly "out-of-shape, I'm-a-dad" body.  After hearing this moronic news report, I almost left my spouse to go back to my days at my all women's college and make my lesbian experimentation a reality.  Do I truly hate men? Or do I despise women who constantly give men credit for doing absolutely nothing? 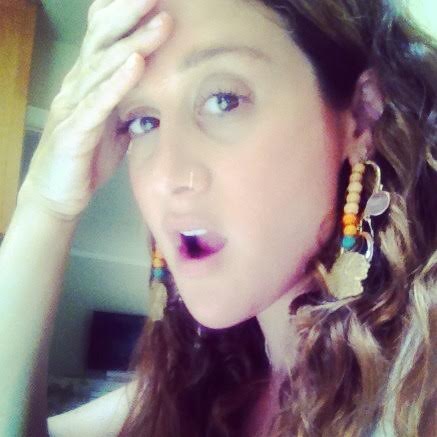 Let's face it, with this hipster trend never dying, men already get credit for being sexy when hair covers 90% of their face. I have a friend who didn't recognize her boyfriend after he showed up with a clean shaven face, she looked at him and realized he wasn't the bohemian hipster she'd been sleeping with for two months, he was merely a regular looking guy with an oddly shaped chin. So what does this say about us as women? Are we so the absolute opposite of shallow when it comes to finding mates, that we somehow minimize our own worth?

So because a certain male actor has the capacity to date the entire Victoria's Secret catalog, with his small man boobs and slightly protruding stomach, women have now decided that men with a similar shape are hot, sexy and worth the distinction of the newly coined term "dad bod."

Now, do you understand why a term such as this, would bother someone like me? It should bother all women. We have babies, all the time, right? Our bodies transform at twelve, and become thicker and rounder all because of biology, we are getting ready to carry life in our bodies.

Then, when we get pregnant, the comments about our weight are non-stop "How much weight have you gained?" "Don't gain too much weight" "Lay off the donuts" (maybe that was just for me).

And the minute that kid comes out of our bodies, we are already getting pressure to look like Kate Moss in her heroine chic days.  Because no one, and I mean no one has coined the term "mom-bods", to express the sexiness associated with women who have created life, and because of that have a rounder stomach, fuller boobs and wider hips.  But these men, who have never delivered more than a kidney stone are being told they are sexy because they've had a little too much pizza.

I guess, I'm sick of the pressure women feel. Why are we as women giving men so much credit, and in the process minimizing our own self worth? Why can't we work on making a woman's body, filled with curves, with the powerful capacity to create life sexy even after delivery? When are women going to be considered sexy without having the pressure of losing the "baby weight"?

I guess I feel like I love my sisters, and I'm tired of women raising men up, but throwing their sisters under the bus just ain't cool.