Soon after he was injured at work, money got so tight so quickly that Jaime was evicted from his Oakland, California, apartment and he stopped paying the $120 a month storage fee for his family’s belongings.

That meant giving up his three children’s baby photos, half of their toys and other invaluable items.

“I looked at my wife and said ‘I’m sorry baby,’” Jaime told The Huffington Post. “It broke my kids’ hearts. It was devastating.”

The situation only grew to be more devastating when the holidays went from festive 20-person feasts, to a scaled-back Thanksgiving meal supplied in part by a food bank. Grocery-shopping trips also now mean shooting down the kids’ requests for cereal and Capri Suns.

Jaime represents the nearly 44 percent of Americans who don’t have enough savings to withstand a life-changing catastrophe. A 2013 report by the Corporation for Enterprise Development found that while many of these households have full-time jobs, they don’t have sufficient funds to handle a sudden medical emergency or unemployment due to a number of factors, including stagnating wages and rising prices.

Such was the case for Jaime who, two years ago, slipped on a patch of ice while doing temp work as a warehouse worker. The 32-year-old tore some cartilage in his hip and injured his lumbar.

While workers’ compensation pays his medical bills, he’s struggling to cover his other day-to-day expenses. Jaime hasn’t been able to return to work full time since the accident due to the constant pain he endures from his injury. Every morning, he says it takes about 30 minutes for him to “unstiffen” his body.

He hears his body telling him “don’t touch me because I’m fragile right now.”

But Jaime remains optimistic that he’ll be able to eventually get back on his own two feet. He’s continuing his rehabilitation and takes job training courses at the Alameda County Food Bank in hopes of eventually landing an office or truck driving job.

While Jaime was by no means wealthy before he was hurt, he earned enough to support himself, his wife and three kids.

He earned $10 an hour for his temp work, plus overtime -- which he always took advantage of. Jaime says he put in 12 hours a day every day. His wife supplemented that income with her part-time job at UC Berkeley.

His wife has since taken a barista job at Fresh N Natural, and Jaime makes enough money working part time at the food bank to cover his gas expenses.

It’s particularly challenging to stretch those funds in Alameda County. There, a family of four with two working parents needs $86,000 a year to cover basic expenses, according to the California Budget Project.

The family resides in a two-bedroom apartment, and Jaime’s 8-year-old son sleeps in the living room since his dad feels it’s no longer appropriate for him to share a room with his two sisters. The family cut their cable and is considering giving up their Internet service, even though the kids need it to do their homework.

While Jaime can no longer take his kids fishing, or do the other activities they reveled in before he was hurt, the dad feels emboldened for having opened them up to the world the food bank offers.

Jaime is candid with his kids about their financial situation and brings them to the food bank to volunteer, so they can better grasp the issues at hand, and appreciate the good fortune they do have.

The organization distributes enough food to provide 540,000 meals a week through its network of soup kitchens, senior centers and other local partners.

Jaime initially started working there a few hours a week doing filing and other clerical work as a way to make a few extra bucks.

But once he started utilizing the organization’s food services, he decided he wanted to get involved in the volunteer aspect of the group.

When his physical condition allows, Jaime spends about six hours a day at the food bank. In addition to his office work, Jaime organizes food packages and mans the emergency helpline.

He fields calls from families in crisis who need access to meals, and guidance for how to navigate the varying services agencies offer.

Jaime’s work is particularly crucial during this season when the food bank sees a spike in calls. In October, the organization referred 1,700 clients in need to groups that provide food and other basic necessities. The group had well over 3,000 calls so far this month, Mike Altfest, communications manager, told HuffPost.

Jaime says he feels particularly satisfied when he’s able to draw from his own experiences to support struggling families who are just beginning to face hard times.

Jaime recently handled a call from a woman whose husband broke his back. He was the primary earner and the woman was at a loss as to how they could possibly begin to move forward.

“I understand them. I’ve gone through it. I’m still going through it,” Jaime said.

“It’s going to be a bumpy road,” he told her and then proceeded to share his own struggles.

You can help the family through the CrowdRise fund below. 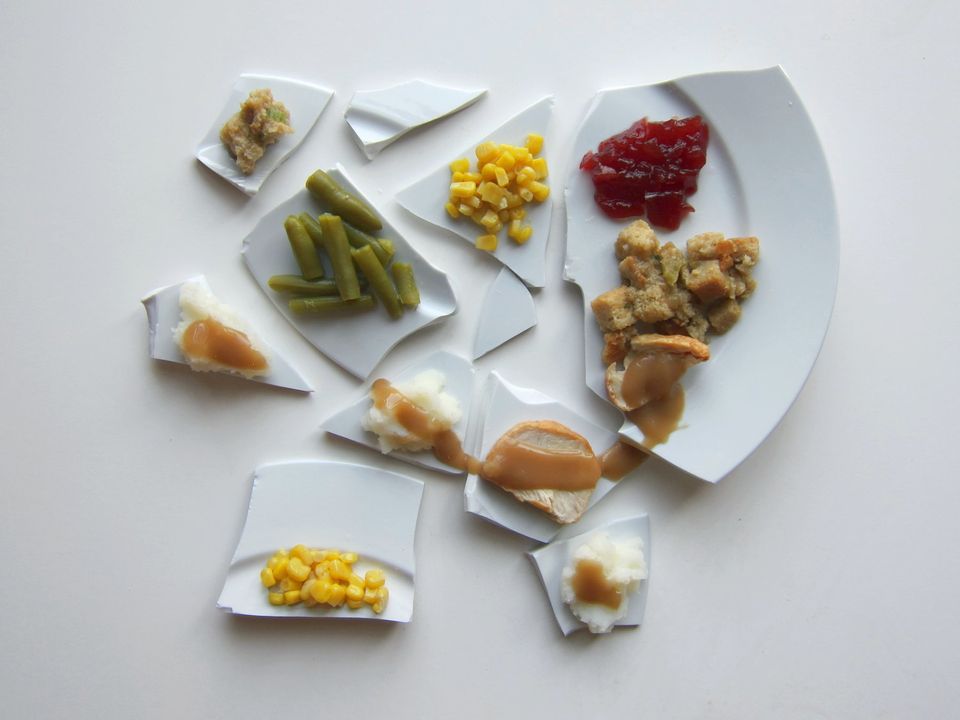