One dad got pretty creative with his punishment for his daughter, according to a viral photo posted to online forum Reddit Thursday.

The picture shows a very unhappy-looking daughter wearing a shirt emblazoned with what appears to be her father's scowling face and the words "Try Me!!"

The caption of the picture explains that the girl was forced to wear the shirt to school for a week as punishment for breaking her curfew.

Lately, there have been several high-profile cases of parents using public humiliation as a form of parental discipline.

In March, a 13-year-old girl caught shoplifting was forced to wear a neon-green shirt that read, "Hide your money. Hide your clothes. Hide everything. Cuz I'm A Thief," according to WDSU.

The child's mother, Danaka Walker, said her children knew better than to steal.

"I feel like if you're going to embarrass me by stealing, I'm gonna show you what it's like to be embarrassed," Walker told the station.

Similarly, in November, a 15-year-old girl from Florida was forced by her parents to stand at a busy street corner, holding a sign that said, "I sneak boys in at 3 a.m. and disrespect my parents and grandparents."

The teen told a local news crew that the punishment would make her think twice about disobeying her parents in the future.

However, experts have continually warned that humiliation can often do more harm than good.

In an interview with The Huffington Post, Alfie Kohn, author of "Unconditional Parenting: Moving From Rewards and Punishments to Love and Reason," said that humiliation at any age is "counterproductive." 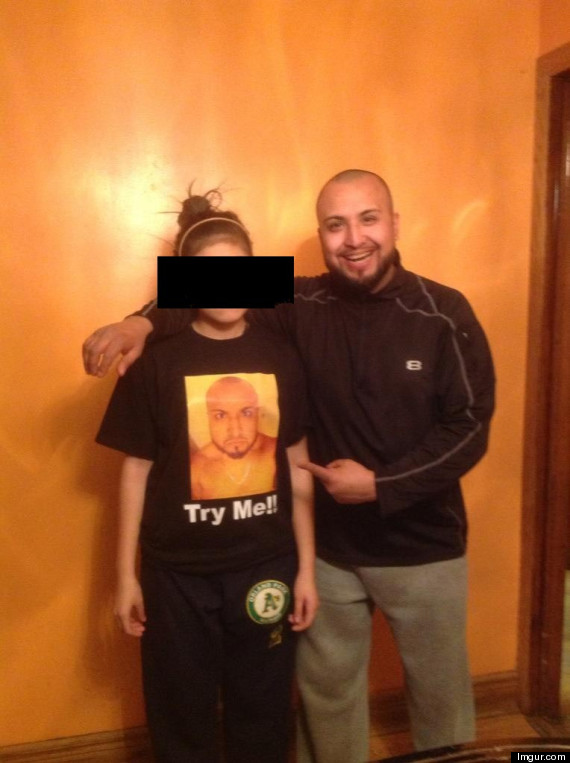 Kids Who Have Worn Signs As Punishment
More:
ParentsDisciplinepublic punishmentTeensparents-news
Newsletter Sign Up
Raise the kind of person you'd like to know
Subscribe to our parenting newsletter.
Successfully Subscribed!
Realness delivered to your inbox