"Seek to understand, before being understood." -A basic principle in Empathic Listening 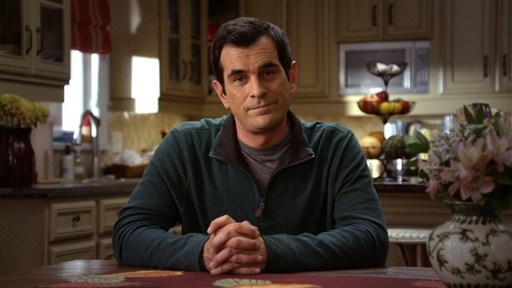 As some of you know, I run an organization called Autism Family Center in Chicago where we work with families who have been affected by autism and related disorders. Recently, one of AFC's families experienced the extreme stress and anxiety that comes from navigating public spaces - an all too familiar occurrence for those who live with autism. The trouble in public does not stem solely from sensory overload, fatigue, etc but also from the reactions of the people they are surrounded by.

The parent who I mentioned above wrote an Open Letter to the public to give us all a look into his world. And he gave his permission to share it here today. By reading and sharing we can spread some understanding and kindness.


" As a 54-year old-man, all my life society has dictated that I'm not supposed to cry-- especially in public. Maybe I should, maybe I shouldn't; but I suspect most parents sometimes find keeping those tears in check difficult. For those of us with a child on the autism spectrum, it's sometimes impossible.

The other day, a woman I'd never met before made me cry in public.
Me and my two kids arrived at the Museum of Science and Industry at 11:00 a.m., excited about our 11:40 reservation for an amazing Lego exhibit. Our excitement soon dimmed when we saw the giant line that we'd have to plod through in order to get the tickets we needed. As we waited in that line, it became clear we would be waiting for longer than 40 minutes. This created anxiety for the three of us that we wouldn't be able to see the Lego exhibit. Fortunately, while we were still in line, a museum worker was able to reassure us that we could attend at the next available time, despite having missed our reservation time.

Everyone hates waiting in line for more than an hour in a noisy crowd. But for people with Asperger's syndrome, like my 10-year-old daughter, those feelings are heightened by orders of magnitude that the rest of us can only imagine. It was just barely tolerable for her, once we reassured her we wouldn't have to miss the one exhibit we'd wanted to see more than anything else that day.

We spent the next hour in the Lego exhibit, and had a wonderful time. Afterwards, we were all famished, so we proceeded to the museum cafeteria--which was packed solid. Apparently every suburban school in the Chicago area was on spring break, and on that rainy day it seemed like everyone had had the same bright idea for a field trip.

Of course, my daughter wanted a burrito and my son, a hot dog - both requiring long waits in separate lines. The cafeteria was loud and chaotic, contributing to the sensory overload that leads to distress in a person with autism even when they aren't famished. I let my daughter go first. The line moved very slowly. As we waited, she began lobbying me to get a sugary soda along with her lunch. Having already decided to get ice cream later in our trip, I explained she couldn't have soda with lunch - and I cut off her argument by saying, "Let's worry about drinks later."

Finally the burrito was placed on her tray, but we still needed to get food for me and my son. We discovered that the line for burgers and hot dogs was even longer, and seemed completely disorganized. My daughter started "melting down" at the prospect of having to endure it. This response, common for kids on the spectrum, can involve screaming, running away, and other behavior that is hard to manage in public. Fighting to maintain self-control, my daughter wisely asked her brother if he would get a pizza instead (where she saw a much shorter line). God Bless my five-and-a-half-year-old son's heart: he replied, "I LOVE pizza!"

As we got in the pizza line, though, my daughter's limits were suddenly exceeded and she couldn't contain her distress any longer. She just COULDN'T wait in another line. I saw a spot near the kitchen in which she could sit and try to regulate herself, and I verbally directed her there. She didn't quite understand my instructions, though, and instead sat right by the kitchen exit door, where she got in the way of cafeteria workers. They were telling her to get out of the way, but in all the commotion she couldn't process what she was hearing. It was so loud and I was so far away that I had to yell at the top of my voice, "MOVE NEXT TO THE WALL WHERE YOU WON'T BLOCK ANYONE."

This initially caused her to escalate, yelling, "PEOPLE NEED TO STOP BARKING ORDERS AT ME!" But she finally understood my instructions, and sat down where I knew she wouldn't bother anyone. I was now halfway through the pizza line, where it twisted so that I could no longer see her. Just as I hoped we had gotten past the worst of it, I heard her yell, "STOP STARING AT ME! IT'S RUDE TO STARE AT PEOPLE!"

My daughter was completely blocked from my view. Her brother was now equally upset, and complaining about how hungry he was. I was torn between wanting to intervene and knowing if I got out of that pizza line with him, we'd have to start over and it would just make things worse. I prayed that we could just get through this next few minutes. Luckily, the line turned again and I was now closer to my daughter. I saw her, tearful and in obvious distress, talking to a young woman.

I assumed this young woman was the same person who my daughter had yelled at to stop staring (it turned out she wasn't). I turned to face the woman and began my standard disclaimer, "My daughter has autism." The woman quickly replied, "I understand, I work with kids like her. Is there anything I can do to help? Perhaps she would like some headphones?" Still thinking that this stranger was potentially problematic, I replied, "I think she just wants to be left alone."

I was finally able to order the pizzas. We took plain cheese; a 10-minute wait for pepperoni wasn't going to work for us at that point. I noticed my daughter was still talking, now much more calmly, to the same young woman, who was gently telling her, "Yes, she was very rude to you." I now realized this was a different person, and she was truly kind. She sincerely wanted to help us, and was able to do so. She wasn't judgmental. She understood that some kids with autism who seem perfectly "normal" at first aren't "misbehaving" when they have meltdowns, but are instead struggling with sensory input that overwhelms them.

Unfortunately, now it was time to get our drinks and my daughter again demanded soda. My firm but calm reminder that she couldn't have soda led to another complete meltdown. Fortunately, I now had a helper who held my tray and kept my son company as he retreated from the scene he understandably didn't want to be part of.

These meltdowns are things parents learn how to handle over time, with a combination of firmness and accommodation. I knew that once I could show my daughter some non-soda drink options she liked, she would be fine-- and she was.

The young woman followed us to the checkout line (thank God, it was very short) and helped us through it. My daughter asked her name (Shannon) and her age (23 years). Shannon refused my offer to pay for her lunch - so I thanked her, she smiled, and she went on her way to meet back up with her party.

We finally were able to find a table in a quiet hallway, away from the rest of the lunch crowds. My daughter was verbally reassuring herself as she took deep breaths to calm down, a skill she has learned over the years. She was able to explain to me, "When that lady said, 'If you knew how to behave properly, I wouldn't have to stare,' I wanted to cry."

Hearing that, I was overcome with emotion. Part of it was tears of joy of having been helped by a complete stranger, wise beyond her years. Part of it was anger at a person so petty and flawed that when they see a child in distress they start making assumptions based on their limited experience; and who feel the need to not only broadcast their disapproval by staring, but also to scold someone decades younger them-- when that CHILD pointed out that, in fact, it IS rude to stare at people.

But mostly I was overcome with sadness, knowing how hard it is to be a child whose brain often floods her with feelings that overwhelm her. A child for whom loud noises and disorder and hunger and having to wait and wait and wait before she can get relief, is just too much to bear. Kids like my daughter sometimes need to yell, and they can't just stand there and behave like other kids, but they are nonetheless expected to do so.

I also felt sadness at knowing how hard it was for her younger brother to have a sister who doesn't act like he does, or like most other kids do. I felt sadness at knowing how hard it is for myself, for my wife, and for all the parents of kids with special needs to get through these situations every day, even when we don't have to deal with judgy parents whose kids always "know how to behave," expressing their belief in their superior parenting skills.

So I told my daughter, "It makes me want to cry, too" - and at that point I could no longer hold back my tears and I did cry. I realized it was a good thing I never saw that woman who was so rude to my daughter - because it's possible I would have ended up doing or saying something I would ultimately have been ashamed of.

April is Autism Awareness Month. I'm wearing blue and I'm so thankful for the Shannons of the world who are aware, and who, when they see a child in distress, choose to help that child and the child's family. I hope that through outreach and education, we can help people like the rude lady at the museum cafe learn that my daughter wasn't "behaving improperly," but was in fact working very hard to manage as best she could. "

More:
autism awarenessacceptanceunderstandingParentsautism parents
Newsletter Sign Up
Raise the kind of person you'd like to know
Subscribe to our parenting newsletter.
Successfully Subscribed!
Realness delivered to your inbox