When a dad overseas couldn’t attend his daughter’s dance at school, he came up with a solution fit for a Disney princess.

On April 28, 5-year-old Gracee Nelson attended her school’s father-daughter dance in El Paso, Texas, with an unexpected guest. Her father, Christopher Nelson, is in Afghanistan for a year-long stay as a contractor for the Army. He knew he wouldn’t be able to attend the dance with his daughter, so he worked with his wife, Lanya Nelson, to come up with a plan.

“Once I realized how much the dance meant to her I told my husband and he wanted to make sure she’d still be able to go,” Lanya told HuffPost.

Christopher and Lanya first suggested that Gracee take her uncle or grandfather, but they soon realized it would be too difficult since they live too far away. After thinking about the dance’s theme, which was “Beauty and the Beast,” the parents decided to get the Beast to accompany Gracee to the dance.

After the parents got Gracee’s school’s approval for the surprise, they found an event company that would accommodate her request. Lanya first hinted at the idea to make sure her daughter would be comfortable with someone else taking her. Then at the dance, the Beast surprised Gracee.

“She thought the real Beast from Disney World came all the way down just for her because ‘Daddy asked,’” Lanya said.

Lanya told HuffPost that Gracee had a blast at the dance. She danced with the Beast and was able to FaceTime with her dad.

“The beast made her night such a memorable experience,” Lanya said. “She was filled with so much joy.”

Lanya said she and her husband were especially glad they were able to come up with such a fun solution for their daughter.

“She had the time of her life and our hearts were happy knowing we didn’t let her down.” 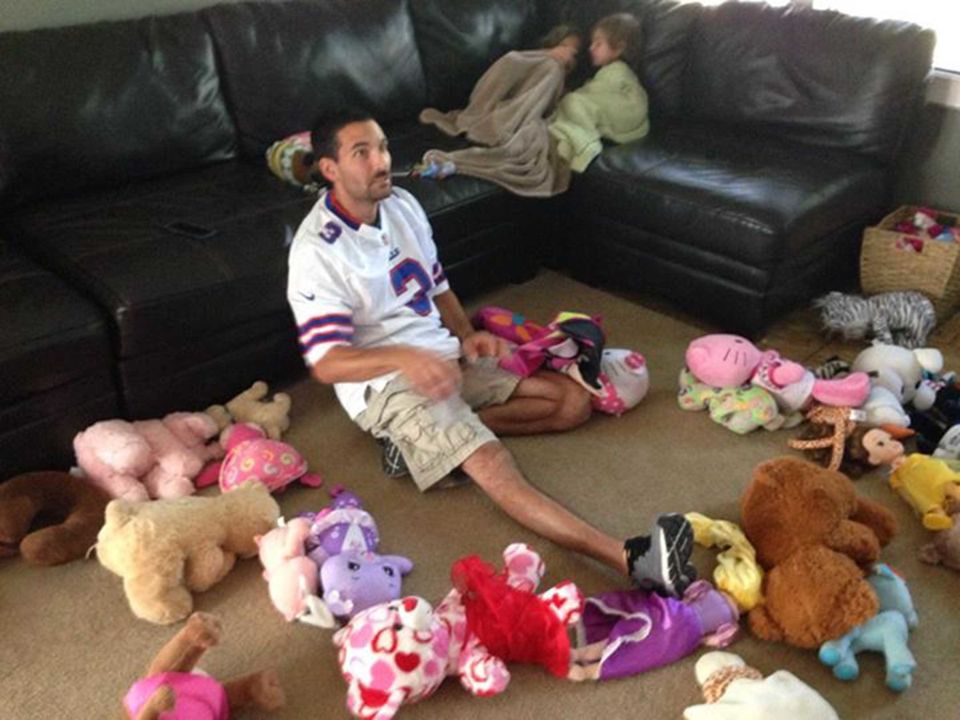 This Is Fatherhood
More:
Parenting beauty and the beastdisney princess