McKenzie Carey loves school, competing in pageants and dancing with her dad on stage.

The 12-year-old from Georgia was diagnosed at 18 months old with mitochondrial disease, which affects the cells' ability to generate proper energy and can result in bodily system failure. The life-threatening condition has made McKenzie non-verbal and unable to walk, but her mother, Tammy, told CBS 6 News that McKenzie is very much aware of what's happening around her.

From the smile on McKenzie's face during a recent summer pageant, it seems as though Tammy is exactly right.

McKenzie had the crowd erupting in applause as her father, Mike -- sporting a Georgia Bulldogs baseball cap -- lifted her from her wheelchair, spun her in the air and danced around stage to Miley Cyrus' "The Climb."

"We are her voice and her legs," Tammy told CBS 6 News after a video of the dance went viral. "My husband started doing these dances with her to inspire people, and she has inspired people and touched people's hearts from all over the world."

While mitochondrial disease is incurable, a Go Fund Me page was created in January by Tammy and Mike to provide their daughter with alternative forms of treatment. Hyperbaric oxygen therapy and intensive suit therapy, two methods Tammy and Mike say help their daughter treat the disease, are not covered by the family's insurance.

"We are currently raising funds for special treatment for Kenzie that we believe is saving her life," they wrote on their website.

Between 1,000 and 4,000 children are born with mitochondrial disease in the U.S every year. It can be an overwhelming and confusing diagnosis for loved ones, as there are hundreds of different forms of the disease that produce varying symptoms in patients, according to the United Mitochondrial Disease Foundation.

But there's no climb steep enough to stop Tammy and Mike from helping their daughter enjoy every moment.

"As a mother of a special needs child, there is nothing I won't do to help improve my daughter's quality of life," Tammy wrote on the fundraising page. "She is such an inspiration to everyone she meets."

To support McKenzie and her family, visit her fundraising page. 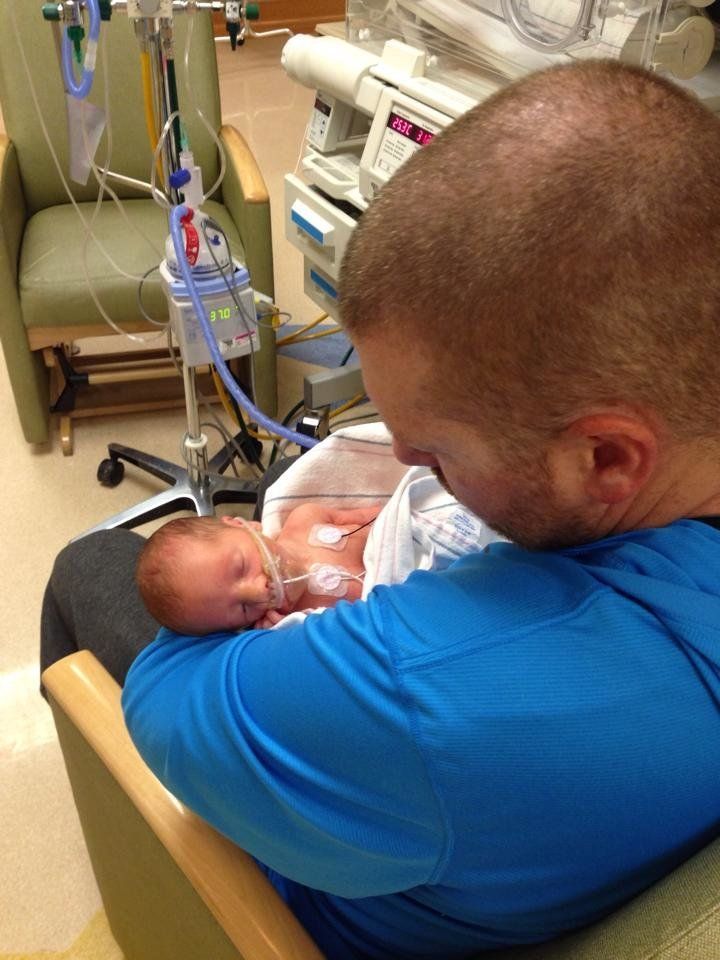