I was 18 the first time a therapist tried to get me to embrace the idea of daily affirmations. I was dealing with depression, anxiety, and an eating disorder, and the only thing I told myself regularly was that I was pretty much the most terrible, disgusting person on Earth. Daily affirmations, the therapist told me, were little sayings I could use to combat the default negativity that was always running through my mind. “It sounds dumb,” she said. “But it works.” She gave me a little box of cards, each with a happy image (sunshine, a heart, a smiling face) and a saying such as “I am a good person” or “I deserve recovery” or “I am lovable and capable of sharing love with others.” I rifled through them on my bed, rolling my eyes at each card and feeling as if I’d been transported to the “Esteemsters” episode of Daria or one of those old Stuart Smalley sketches from Saturday Night Live, where now-Senator Al Franken would parody the entire idea of daily affirmations with his signature catchphrase, “I am good enough, I’m smart enough, and doggone it, people like me!” In short, I felt like an idiot. This, I decided, was not for me.

So for years I kept up my typical routine of doing the difficult work that recovery and treatment entails, and then retreating home, looking in the mirror, and thinking, “You’re a piece of crap.” It was so automatic, so natural, that I didn’t even recognize that I was essentially undoing hours of hard work just by allowing such thoughts to take control, as they’d always done. I started wondering why I couldn’t make recovery work, why I never seemed to feel better. When I began to relapse this year, I didn’t even notice, because these feelings had become so normal.

While struggling through outpatient treatment last month, I came to rely on repeated spins of Fiona Apple’s The Idler Wheel… both for comfort and catharsis, and I went back and read the interviews she’d given after its release. I felt like I could hear the darker and lighter parts of myself in her songs, and I wanted to know how she felt when she was writing them. I came across this New York Times article from last May, and something she said really stuck with me: “What fires together wires together. If you keep on having these negative thoughts or being angry all the time, then that area of your brain is going to get stronger.” I realized that I’d never opened up a pathway in my brain for positive thoughts to flow through. (This, by the way, is the basic concept behind dialectical behavioral therapy, or DBT, which is the therapeutic approach that I have found most helpful in my own treatment, and which encourages patients to be mindful of their thoughts and feelings and to try to find a balance between being rational and being emotional.)

This kind of self-encouragement was foreign to me, and extremely difficult, and it would require practice. I needed all the help I could get. So I dug out the stupid cards, which had been stuffed in the back of my closet for posterity, and read one aloud.

I stood in front of the mirror and watched my mouth make those words and listened to my voice push them out into the air. I said it again.

I felt so stupid and corny and ridiculous, but I said it again.

And then I started bawling. Not because I’d miraculously allowed myself to suddenly believe in the positive words I was saying, but because I’d been able to see how routine the negativity had become, how cruel I’d been to myself on a regular basis, and it was shocking to feel something inside of me that had been dimmed for a very long time, to recognize that maybe there was something good there, something worth saving, and that maybe all my brain needed was a little encouragement from the healthy side of me, as opposed to a constant stream of bullying from my illness. When your brain is constantly telling you you’re worthless, ugly, stupid, unlovable, evil, horrible, mean, disgusting, etc., it gets easy to believe, even when it isn’t true. Taking a second to say, “Wait a minute, I’m not worthless,” may sound foolish (watch out—there’s that bully in your mind undermining you), but it actually brings you back to a state of control over your own thoughts, and the more you repeat it, the quieter that mean voice in your head becomes. Eventually, the positive thoughts are the ones that come naturally, and you can spot the negative ones creeping in from a mile away, no longer automatic, but sinister and nasty and worthy of this response.

If all of this sounds awful and ineffective to you, I understand. I am as cynical as they come, and my first instinct to anything of this nature is to roll my eyes and run away as quickly as possible. But rolling my eyes and running away didn’t solve any of my major problems, which were and still are (as Kanye once said, #ITS A PROCESS) caused by a mix of tiny things, including antagonistic thoughts, which snowball into panic attacks, self-loathing, obsessive-compulsive behavior, depression, and feeling as if I didn’t deserve treatment for anything.

These days I use daily affirmations as needed: in dark times I try to keep an affirmation book or stack of cards around when I need a little support, and I’ve also developed little sayings of my own. (My favorite is actually from my favorite movie, What About Bob?: “I feel good, I feel great, I feel wonderful.” Not only does it work, but the thought of Bill Murray saying it just makes me laugh so hard that everything is better.) If you don’t want to buy affirmation books or cards, it’s super easy to make your own, just by writing down a bunch of positive thoughts and quotes on scraps of paper and sticking them into a jar and pulling one out when you need one. Here are some examples:

I am loved and love others.

I am trying my best.

Should you feel that all of this is way too Cornball City for your liking—and trust me, it does feel that way for a while until you get used to it, and then it’s like a tiny meditation, a self-esteem boost, a little shot of empowerment that helps make the world seem better—you can also tackle daily affirmations by keeping a journal and listing five things you’ve done or noticed during the day, including even the simplest stuff, which you may be surprised to notice adds up to a deeper appreciation of the universe around you and your place in it. For example:

1. Got out of bed 2. Laughed really hard at a dumb movie 3. Drank a delicious glass of lemonade 4. Hung out with my dog 5. Noticed how warm the sun felt on my skin

Sounds kind of basic, right? But when you do it often enough, you become more aware of how beautiful tiny moments in your life can be, which helps to make the bigger, more overwhelming stuff seem a little less scary.

I know that this kind of thing isn’t for everyone—there are days when I hop off the daily-affirmation train and forget to show myself, and the world around me, the love and empathy it deserves. But I always seem to come back to them, because sometimes you need to love yourself before you can notice it coming from anywhere else, and if you can take two seconds to stare the mean girl in the mirror down and pay her a compliment (and not, like, “I love that skirt, where did you get it?”), you’ll eventually stop feeling like a total poseur and start believing the things that are coming out of your mouth. You are beautiful. You do deserve to be loved. You are good enough, you are smart enough, and doggone it, people like you. ♦

Daily Affirmations: For When You Need To Remind Yourself How Awesome You Are
8 Awesome Ways High Schools Are Helping Students De-Stress 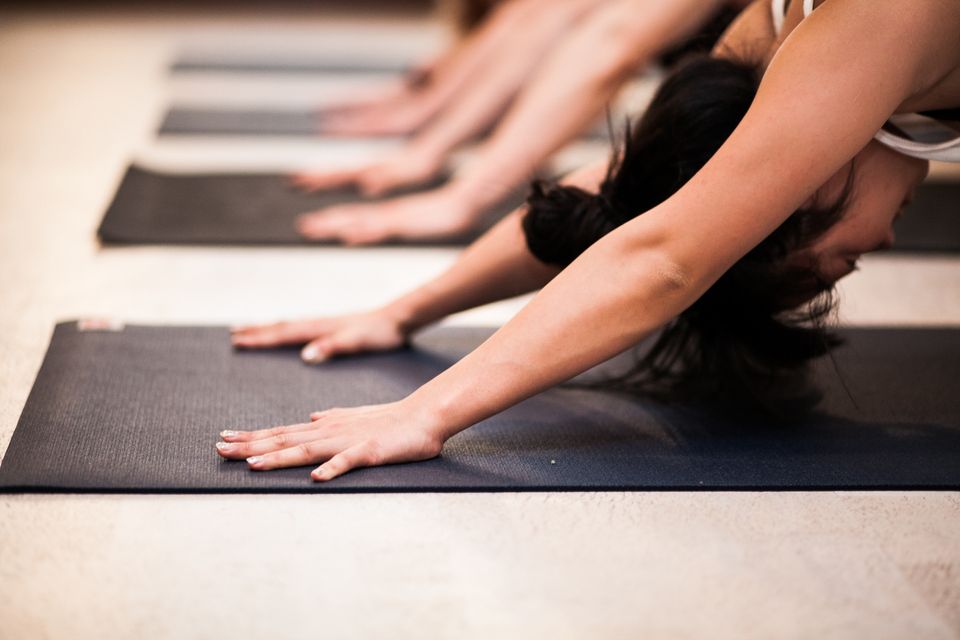