What would the news look like if headlines were replaced with user comments?

Web and interactive designer Richard Westenra decided to make that thought a reality by creating a new tool that replaces the headline of any article on the Daily Mail's homepage with user comments from that same article.

"The results are often a little terrifying," he wrote. 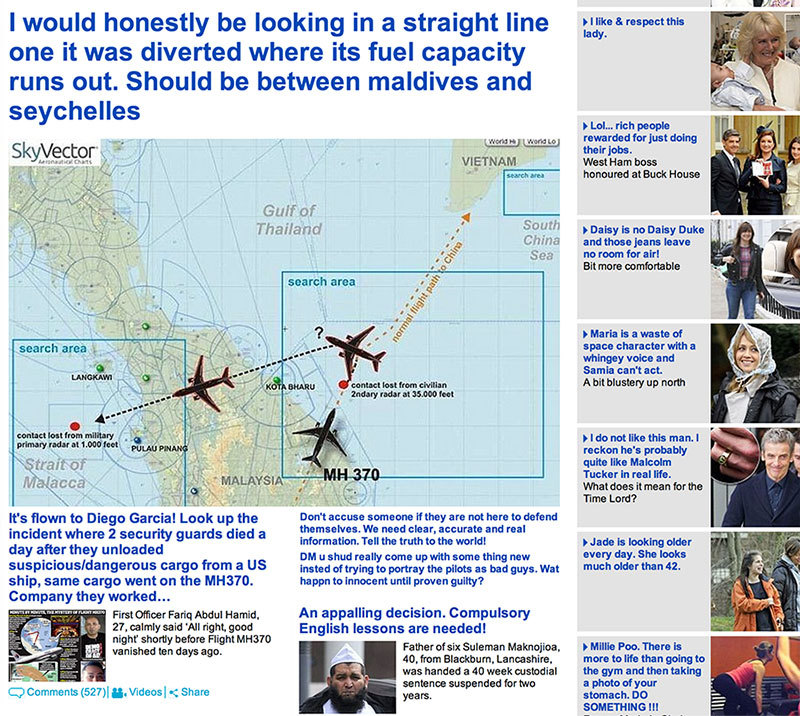 Westenra's said he got the idea from Twitter user TechnicallyRon, who did a similar experiment earlier in March:

The DailyMail becomes slightly more terrifying when you replace the headlines with quotes from the comments section. pic.twitter.com/v6t1pTW974