A New York Daily News reporter revealed on Wednesday that he might have been the inadvertent source of one of the strangest rumors about Chuck Hagel, the current nominee for defense secretary.

Republicans in the Senate blocked Hagel's confirmation vote last week. Among other disagreements, the GOP said it had issues with Hagel's views on Israel and claimed the former senator accepted speaker fees from controversial groups.

The Daily News' Dan Friedman, who is a reporter in the paper's Washington bureau, published an article on Wednesday referring to himself as "the unwitting source" of what he called a "bogus" claim about one of the groups Hagel was rumored to have addressed: the "Friends of Hamas." If Hagel had actually received money from such a group, it would likely have doomed his nomination. But no evidence has surfaced that the group even exists. So what happened?

Friedman wrote that he was interested in knowing if Hagel's Republican critics knew the names of specific groups from which Hagel received speaker fees. He contacted a Republican aide and "hypothetically and hyperbolically" asked if Hagel addressed groups such as "Friends of Hamas" or the "Junior League of Hezbollah, in France." Friedman wrote:

The names were so over-the-top, so linked to terrorism in the Middle East, that it was clear I was talking hypothetically and hyperbolically. No one could take seriously the idea that organizations with those names existed — let alone that a former senator would speak to them.

Friedman also put the question into email form, presumably thinking his joke would not be taken seriously. He was in for a surprise.

The following day, an article appeared on the conservative website Breitbart.com with the headline, "SECRET HAGEL DONOR?: WHITE HOUSE SPOX DUCKS QUESTION ON 'FRIENDS OF HAMAS.'" Conservative pundits, including Mike Huckabee, and other websites also addressed the rumor. It even came up during a Fox Business segment with host Lou Dobbs. Other outlets published articles questioning if the group "Friends of Hamas" even existed. Friedman wrote:

I am, it seems, the creator of the Friends of Hamas myth. Doing my job, I erred in counting on confidentiality and the understanding that my example was farcical — and by assuming no one would print an unchecked rumor.
If anyone didn’t know already: Partisan agendas, Internet reporting and old-fashioned carelessness can move complete crocks fast. If you see a story on Hagel addressing the Junior League of Hezbollah, that’s fake too.

Though Republicans blocked Hagel's confirmation vote last week, they are expected to come to a vote, and likely confirm Hagel, in the coming days.

UPDATE: Ben Shapiro, who wrote the Breitbart news article, stood by it in a reply to Friedman on Wednesday:

Since the original “Friends of Hamas” story was written, the media has downplayed or ignored the myriad of borderline anti-Semitic Hagel comments regarding Iran and the State of Israel, as well as the “Jewish lobby.” They have deliberately obstructed news coverage of Hagel’s well-documented supported base among friends of Hamas. Instead of asking Hagel to release the requested documents, the media has attacked Breitbart News ... Our Senate source denies that Friedman is the source of this information.

Shapiro's defense does not include an apology for spreading the false story about Hagel. 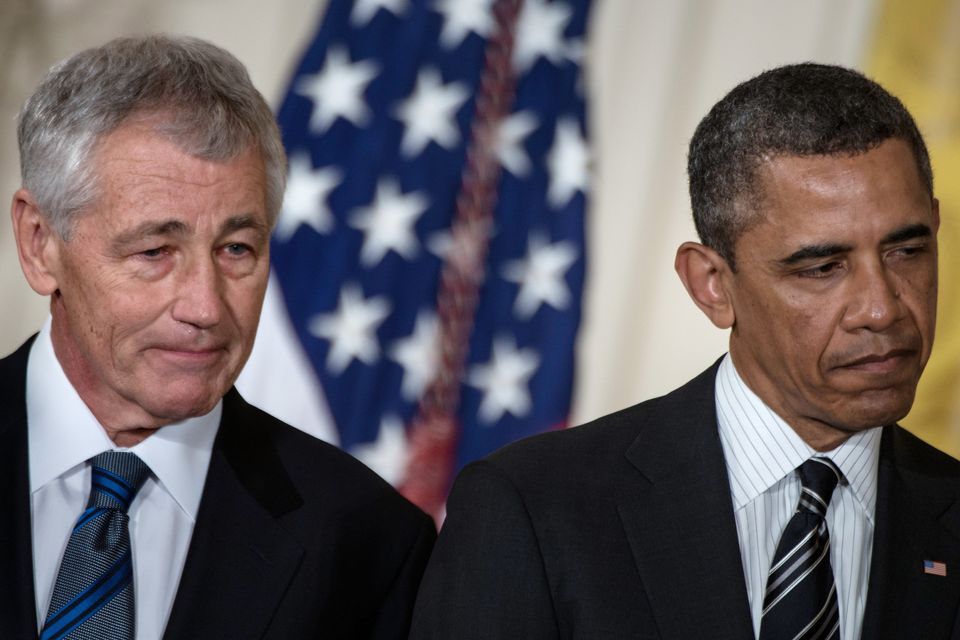 1 / 30
US-POLITICS-OBAMA
Chuck Hagel and US President Barack Obama listen during an event in the East Room of the White House on January 7, 2013 in Washington. Obama announced his nominations of White House counterterrorism adviser John Brennan to be the director of the Central Intelligence Agency (CIA) and former Nebraska Senator Chuck Hagel as Secretary of Defense. AFP PHOTO/Brendan SMIALOWSKI (Photo credit should read BRENDAN SMIALOWSKI/AFP/Getty Images)
Getty Images