Sen. Tammy Baldwin will fight for milk until the cows come home.

Baldwin, a Democrat from Wisconsin, otherwise known as America’s Dairyland, introduced the Dairy Pride Act on Thursday to fight back “against non-dairy products that are mislabeled as milk, yogurt and cheese,” a practice Baldwin says “hurts our dairy farmers.”

Passage of the bill would mean all nondairy items now labeled as some form of dairy product, including the health-conscious community’s beloved almond milk, would need to undergo name changes. Plant-based cheddar-like nondairy brick?

The bill would support American dairy businesses and “protect the integrity of milk” by enforcing label restrictions on nondairy options to milk, yogurt and cheese.

“Imitation products have gotten away with using dairy’s good name for their own benefit,” the act states.

Almond milk sales rose 250 percent in five years, according to a 2016 consumer report by market-research firm Nielsen. Other milk alternatives, such as cashew and coconut, have also seen increased popularity, reports the Financial Times.

Meanwhile, dairy milk consumption has been on the decline for decades. Department of Agriculture data show that Americans drink 37 percent less milk today than they did in the 1970s.

The proposed legislation promotes the health benefits of dairy and suggests that labeling plant-based alternatives as “milk,” “cheese” or “yogurt” could be confusing for consumers, conveying “a nutritional equivalency that is not accurate.”

While calcium is an important part of a balanced diet, and current federal dietary guidelines suggest that adult women and men consume three cups of dairy each day, the best way to get enough calcium remains a source of debate. As the Harvard School of Public Health points out, there are many nondairy sources of calcium that can be included in your diet.

If the bill passes, we’re eagerly awaiting the alternative names for almond milk. Almond juice? Almond sweat? Aqueous almonds? To be honest, we’re not sure what else to call it. 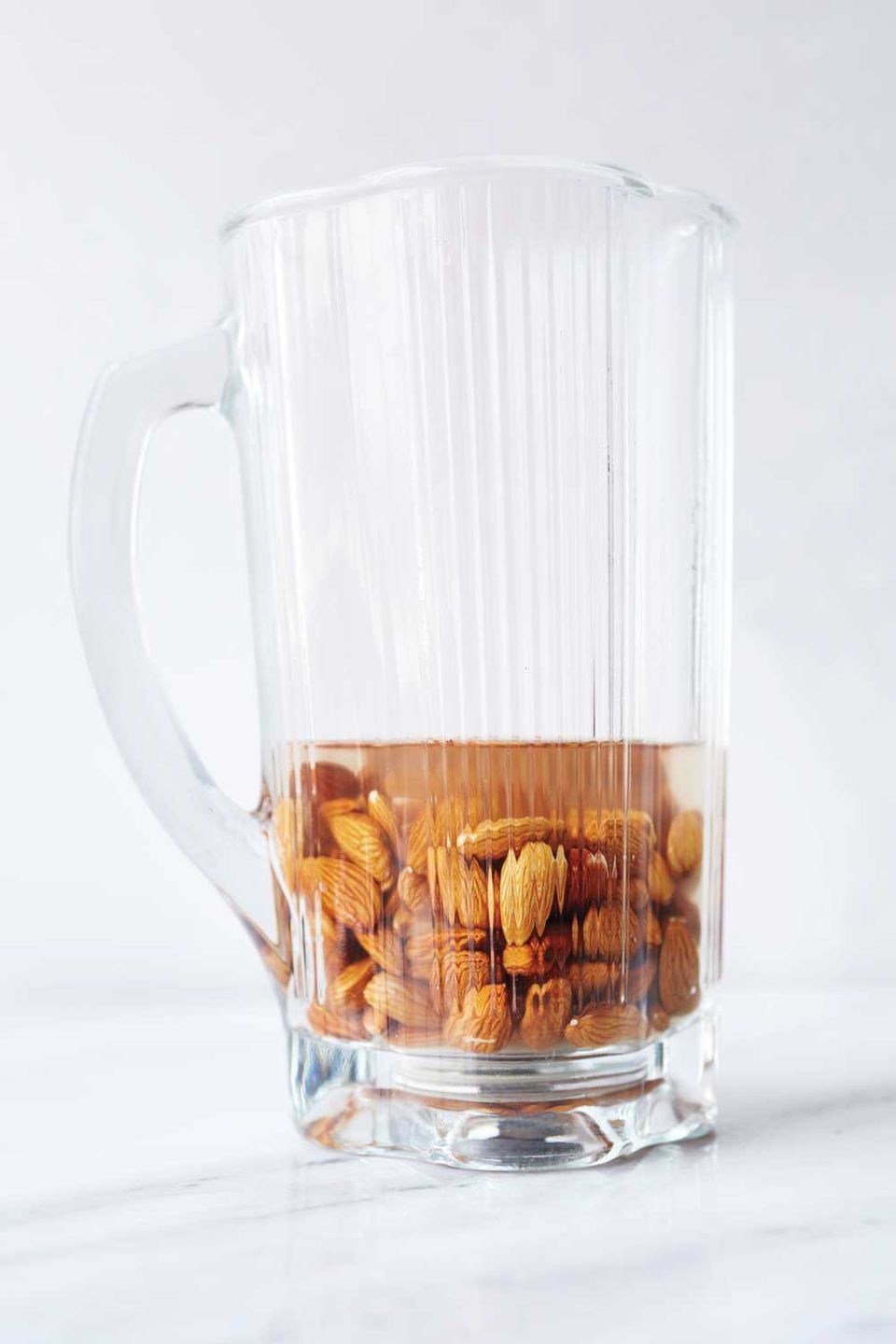 1 / 4
Place 1 cup whole raw nuts (almonds are shown, but you can also use cashews, pistachios, or hazelnuts) with an equal amount of boiling water in a blender. Let stand 30 minutes.<br><br>* Many alternative&nbsp;<a href="http://www.thekitchn.com/how-to-make-almond-milk-at-home-cooking-lessons-from-the-kitchn-189996" target="_blank">recipes for almond milk</a>&nbsp;suggest straining and discarding the liquid that the almonds were soaked in, and replacing that water with fresh water. This would remove some of the&nbsp;<a href="http://www.livestrong.com/article/456802-phytic-acid-in-almonds/" target="_blank">phytic acid</a>&nbsp;that is released during the soaking process.
Bryan Gardner/Courtesy of Martha Stewart Living