One little girl's odd hobby has led to an extraordinary find for British paleontologists.

At the age of 9, Daisy Morris has discovered a new dinosaur species, which scientists have since named after her. The new creature has been dubbed Vectidraco daisymorrisae, the "Dragon from the Isle of Wight."

Daisy was just 4 when she stumbled upon the fossilized remains of an unknown animal during a family walk on the beach in 2009. The family lives near the coast of England's Isle of Wight -- also known as the "dinosaur capital of Great Britain."

"She has a very good eye for tiny little fossils," her mother Sian Morris told BBC. Daisy apparently first began fossil hunting at age 3. "She found these tiny little black bones sticking out of the mud and decided to dig a bit further and scoop them all out," her mother said. 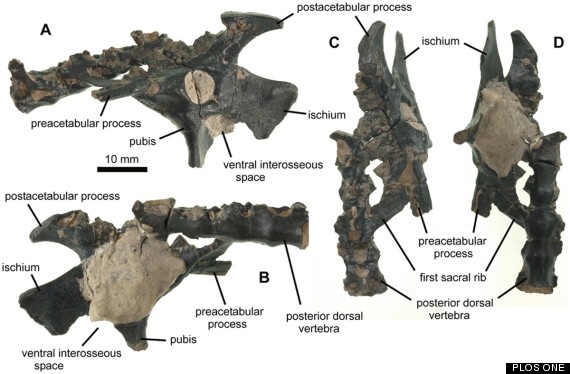 "When Daisy and her family brought the fossilized remains to me in April 2009, I knew I was looking at something very special," Simpson told the Daily Mail.

Over the past several years, the bones Daisy discovered have been thoroughly analyzed by paleontologists. The findings were finally published this Monday. The fossilized remains belong to a previously unknown genus and species of a small flying reptile called the pterosaur.

The remains date back to the Lower Cretaceous period and may be up to 115 million years old.

Simpson told the Daily Mail that if it weren't for Daisy, the fossils would "without doubt have been washed away and destroyed."

The family has donated the fossils to the Natural History Museum while Daisy's personal collection continues to grow. Sian Morris told the Daily Mail, "She's fascinated and we're very proud of her."

Check out more images of Daisy's findings below.