Dara Molloy is a Celtic priest who lives on the Aran Island of Inis Mor, off Galway and the West Coast of Ireland. He gave me an introduction to the area's history of rich Celtic spiritual traditions, and a lore-filled road map to the significant cultural sites across the island.

Meg: I understand in Celtic tradition there is spiritual significance to certain places and times.

Dara:A key insight of the Celtic spiritual tradition is this notion that if you're looking for a sense of god or of the divine, then you're more likely to find it in a high or thin place, or time. So it's not just any old time or any old place, you must go on a pilgrimage to find the right place or choose the right time if you really are searching for the divine. 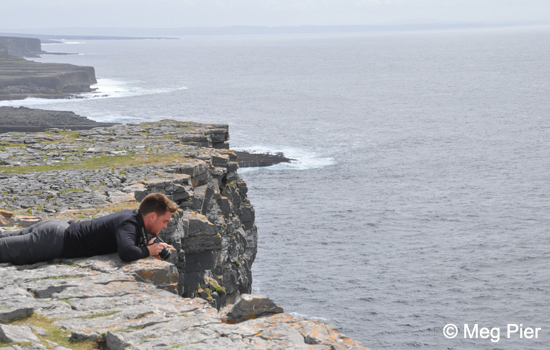 This insight directs you towards a liminal place that connects two different elements, such as earth with sky or earth with sea. A cliff edge would be a good place, and clearly a high mountain would be a good place. That's why so many of the mountains all over the world are sacred. On Aran, people tended to build their homes on high places. They did that both for spiritual reasons and for reasons of defense.

There are also liminal times. This is a tradition in many cultures. For example, the best time to pray is at dawn or at dusk, just as the sun is rising or setting, when there's a change coming between the darkness and the light. Mid-day would be another time. That's why Celtic festivals were celebrated at these change moments. The four major Celtic feasts are all to do with the change in seasons.

Meg: Tell me about the history of the ancient fort on Inis Mor, Dun Aengus.

Dara: Dun Aengus is the Gaelic for the Fort of Angus. It had three purposes -- domestic, military and religious. 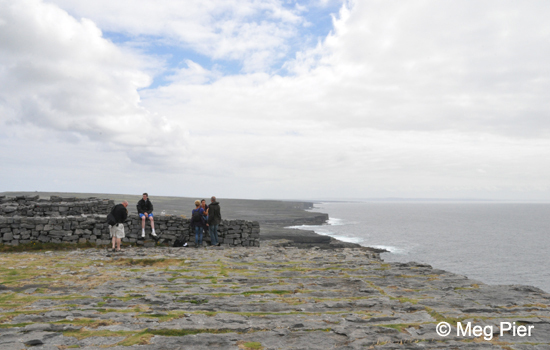 The role of the king and queen was not just to provide leadership, but to also be the host for all the celebrations. Whenever a big festival took place, such as at the solstice or equinox or even for a wedding or a sports day, the king and queen would be the host for that event. There were ritual associations with each of the four seasons, sometimes lighting a big bonfire. There is a platform in the middle of that fort on the cliff edge. It's a natural structure but they could have cut it away to the shape it now has. Everybody gathered around looking up. So an outdoor temple, if you like.

Meg: What can you tell me about the Seven Churches monastic site, and the gravestone inscribed as being of the "Seven Romans"? 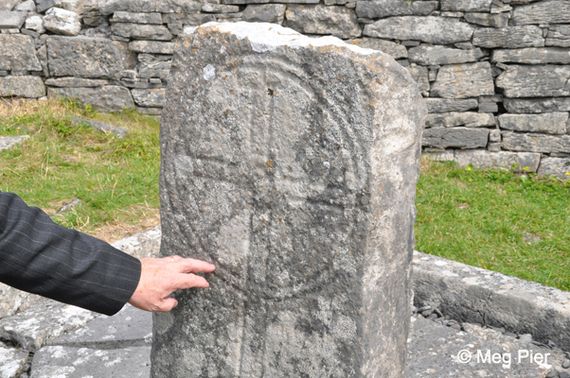 Dara: While Europe was suffering its Dark Ages, Ireland was celebrating its Golden Age. Irish monasteries became famous all over Europe due to the wandering of the very educated Irish monks. Europeans then began to come to Ireland, and the Irish monasteries became like foreign universities for these people, providing the education necessary for the rebuilding of Europe. The Seven Romans buried on the outskirts of Aran in this monastery of St. Breacan must have been pilgrims from Rome who unfortunately had a tragic end and were buried there.

Meg: Could describe the Irish tradition of hermits on Inis Mor?

Dara: We had 10 monasteries on this small island at one stage. Everybody in the community was independent and following their own spiritual path. To express that, they each had their own hermit's hut, but they chose to live close by to each other to make things more efficient and to allow for the better possibility of survival. There's always that tension in all of us. If there are too many people around us we want to get away on our own. If we are away on our own too much, we need a bit of human contact. So there's always that pull in us for both sides of the equation. They prayed together in a common chapel and they also worked together. They also made facilities available for guests. That was the structure of these early monasteries. 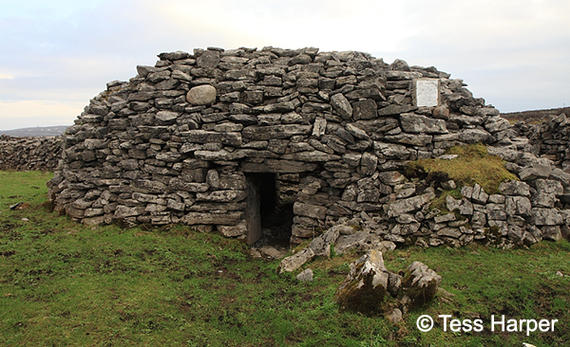 Dara: For the Celts, death meant moving into another world. Your life didn't end with death. The other world often was thought of as being out to the west. Ireland is on the very western edge of Europe, and when you look out to the west you're definitely looking out at sea, at a different medium than the land. As far as you know there's nothing out there, all you can see is the horizon.

So somewhere out there over the mysterious horizon is this other world. The only way to get to it is to travel on what they call the Golden Road, a road of light which is laid down on the water when the sun is setting on a bright evening. That road, when you are looking at it, always lands at your feet, no matter where you stand on the shore. That's the invitation to head off into the other world, but you can't really take that road until your moment has come. So that's a lovely visual tradition of old Celtic mythology about going into the other world and how you get there. 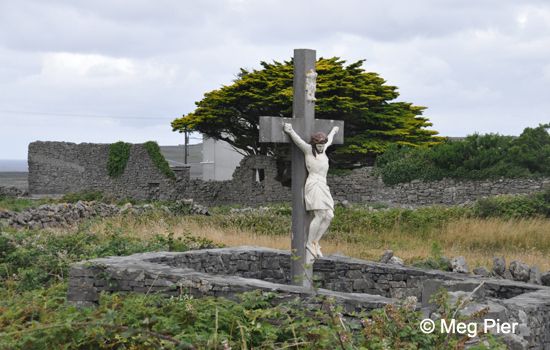 Meg Pier's www.ViewfromthePier.com features an extensive collection of "Peer to Pier" interviews with fascinating folk from around the world.