Dakota Fanning covers the new Marie Claire and in the interview she talks about growing up in front of the camera and kissing Kristen Stewart in 'The Runaways.'

On her first adult onscreen kiss--which was with Kristen:
"It's out of the way, and it was with my friend and a girl - no pressure," Fanning tells me, smiling and pinkening slightly. "It was not something Cherie [Currie] and Joan [Jett] ever really spoke about, and that's how it was filmed - as not that big of a deal."

On not being a little kid anymore:
"When you start out young, people get really attached to who you are at 6 years old," Fanning says. " I hope that The Runaways was kind of a moment to be like, 'You know, I'm not that young little girl anymore, but I'm still not all grown up, either." 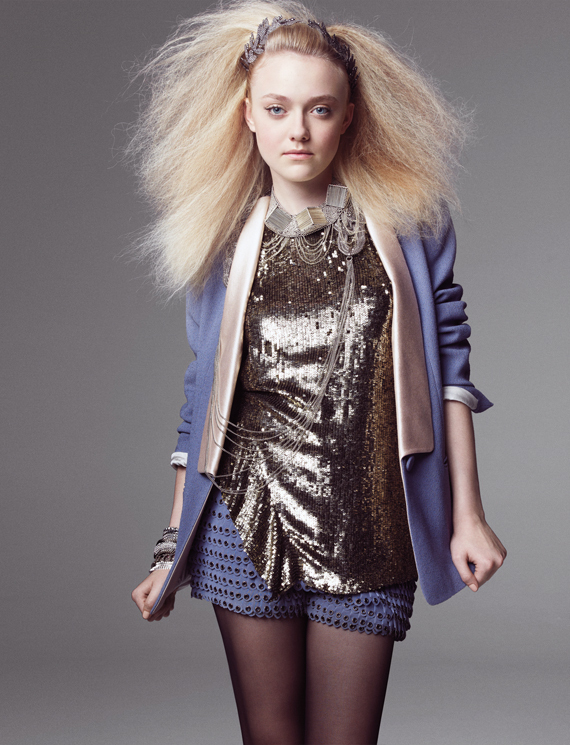