Dakota Johnson's stint as host on "Saturday Night Live" this week was the occasion for a little family reunion.

During her opening monologue, Johnson revealed that her father, Don Johnson, proposed (for the second time) to her mother, Melanie Griffith, after Griffith hosted "SNL" in 1988. Dakota, who was born nine months later, joked that she "must have been conceived that night after the show, or maybe even during the show."

But just to be sure, the "Fifty Shades of Grey" star had the opportunity to confirm with her parents, who were sitting in the audience. The former couple, who separated for the final time in 1994, haven't made a public appearance together in years, but reunited in New York to watch their daughter host.

Griffith and Johnson, who had been averting their eyes, conceded that the timeline was about right. When asked what was wrong, Johnson admitted, "We were just afraid you were going to be naked."

Griffith has avoided seeing her daughter's film, telling her in an uncomfortable interview on the Oscars red carpet last Sunday that "it would be strange" to see it. 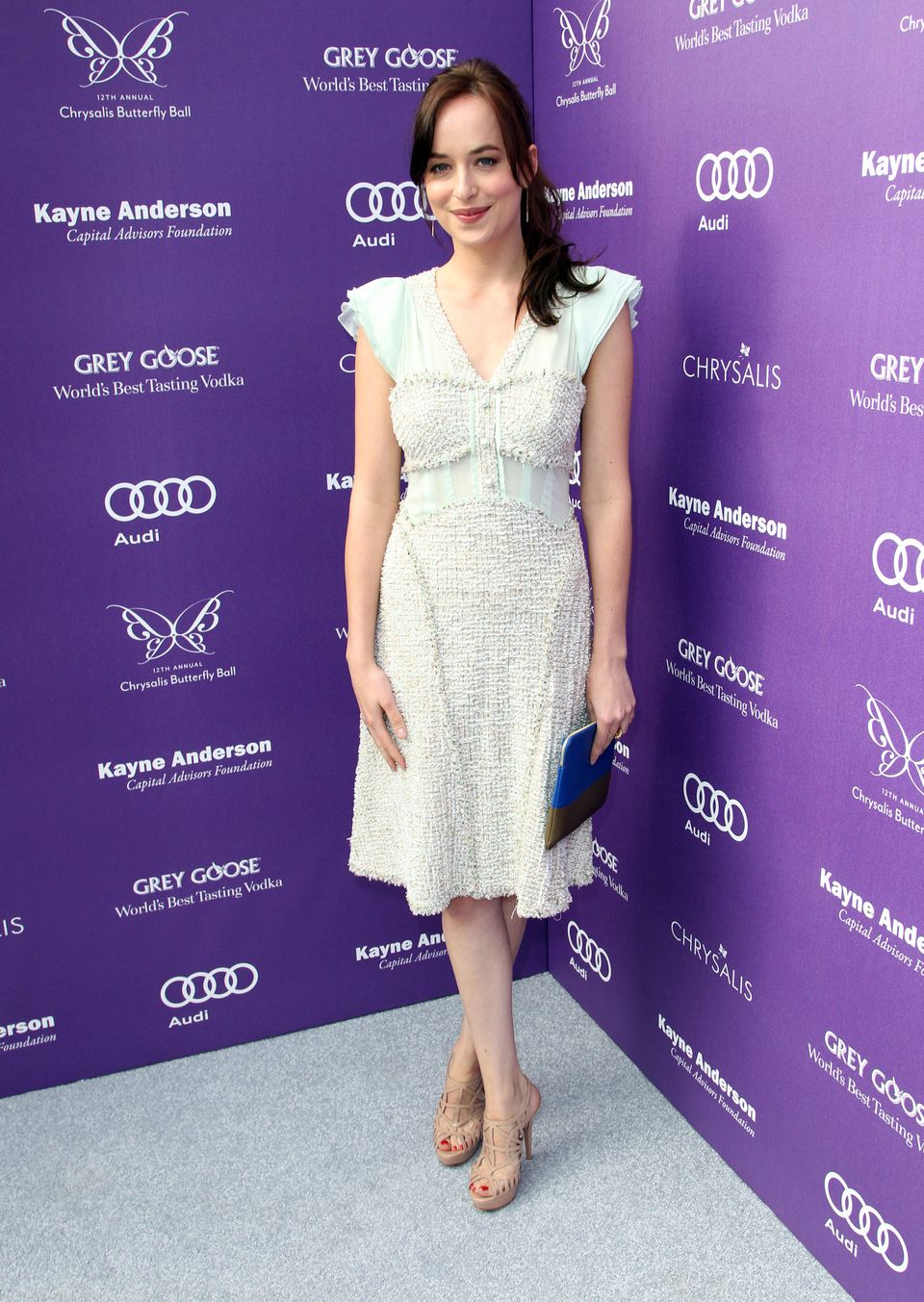