Out of the ashes of government failure rise new candidates.

At 12:01 a.m. on Tuesday, after Congress failed to avert a government shutdown, Dakota Meyer, a Medal of Honor recipient, announced via Twitter that he intended to run for office. "Congress 2016. POTUS 2024!" he tweeted.

He was met with overwhelming support from his more than 23,000 followers, many of whom echoed sentiments that Congress needed more patriots like him. "Lets get this done how #Marines know how to get things done. You have my #Vote. #SemperFidelis," tweeted one supporter.

Meyer, who is 25 and originally from Kentucky, confirmed his intention on Tuesday night. “I love Americans and I believe in this country,” he told the Marine Corps Times. “I really appreciate the overwhelming support and encouragement, and I hope to someday serve America again.”

Meyer received the Medal of Honor in 2011 for his service in Afghanistan. After hearing a Taliban ambush occurring a mile away over radio, Meyer went against orders and headed into the firestorm, ultimately recovering American bodies and saving Afghan lives.

He is now a sergeant in the Marine Corps Individual Ready Reserve and remains active in supporting veterans' issues, including employment and PTSD. He sometimes blogs for the Huffington Post. His tweets are usually nonpolitical, according to Military.com. But on Monday night, Meyer tweeted: "I've decided that for every day that the federal government shuts down, we shouldn't have to pay federal taxes. What about you??"

Two years ago, on Time magazine's blog "Swampland," Joe Klein posited that the service and the leadership qualities that Iraq and Afghanistan war veterans bring home "may be the best news to come out of the past 10 years of conflict." Their skills, he wrote, "are extremely well-suited for public service."

If the climate in Washington continues to deteriorate, it's possible Meyer will have some company. 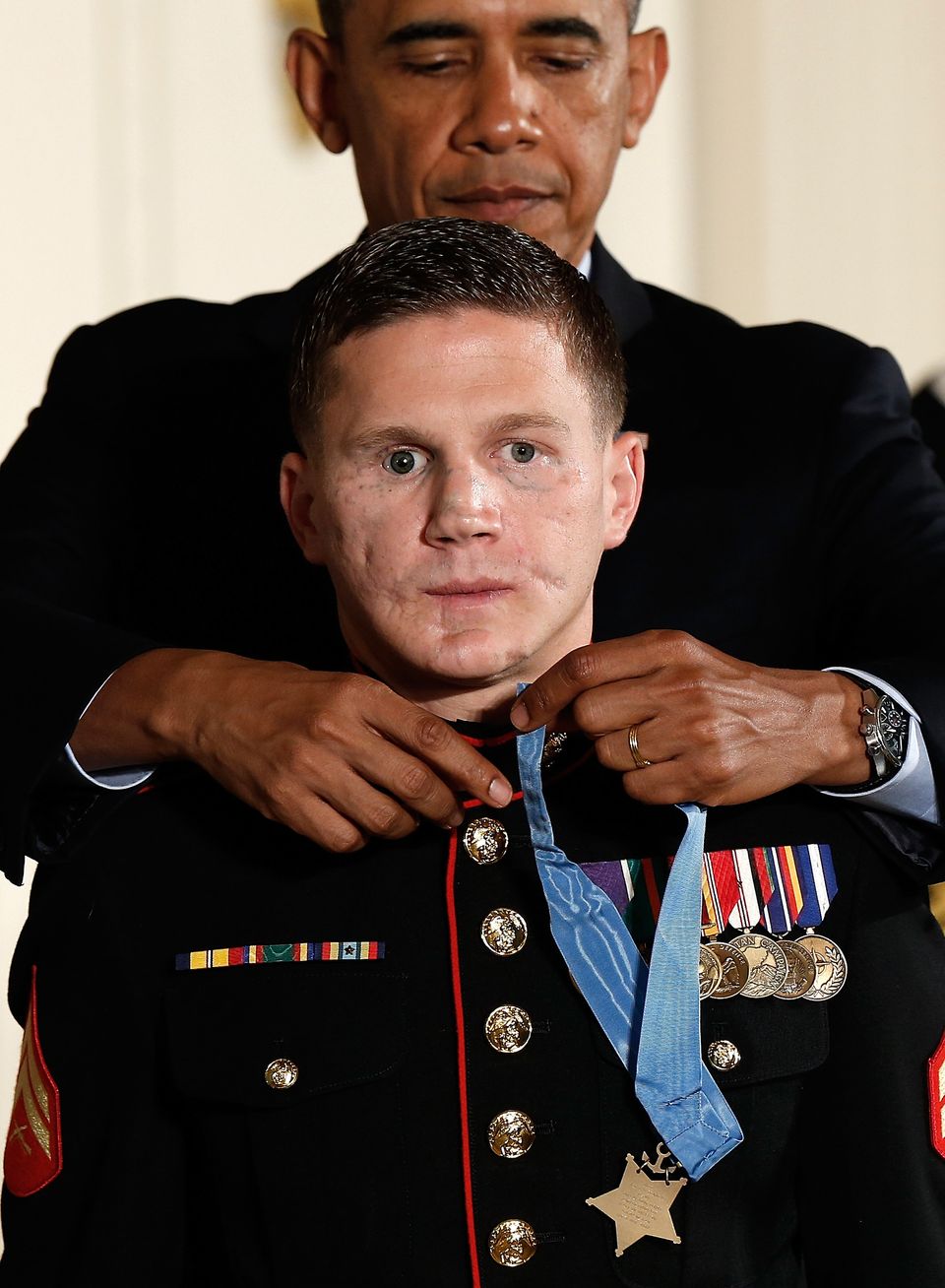