Dakshayani, the elephant believed to be the oldest in captivity, reportedly died last week in India. She was 88.

According to BBC News, the female Asian elephant had been given the title Gaja Muthassi, or elephant granny.

Dakshayani lived at the Chengallur Mahadeva Temple in Kerala state in southern India, and had taken part in many rituals and processions, India Today reported.

The elephant became reluctant to eat early last week, the Daily Mail reported, and she died on Tuesday.

“A sudden shiver passed through her large frame beginning from the head region. After a few minutes, she bent her forelimbs and lay down. And that was it,” veterinarian T. Rajeev told the Daily Mail.

Conservationists say that many of the elephants held in captivity around the world are kept in poor living conditions, BBC News reported. Action for Elephants, a British group working to help stop the slaughter of elephants and ensure their survival as a species, estimates that 800 elephants are held in Indian temples, often in “hellish conditions.”

Dakshayani’s veterinarian said she had not been used in temple functions for the last three years, the Daily Mail reported.

Dakshayani, Elephant Believed To Be Oldest In Captivity, Dead At 88
National Geographic Elephants 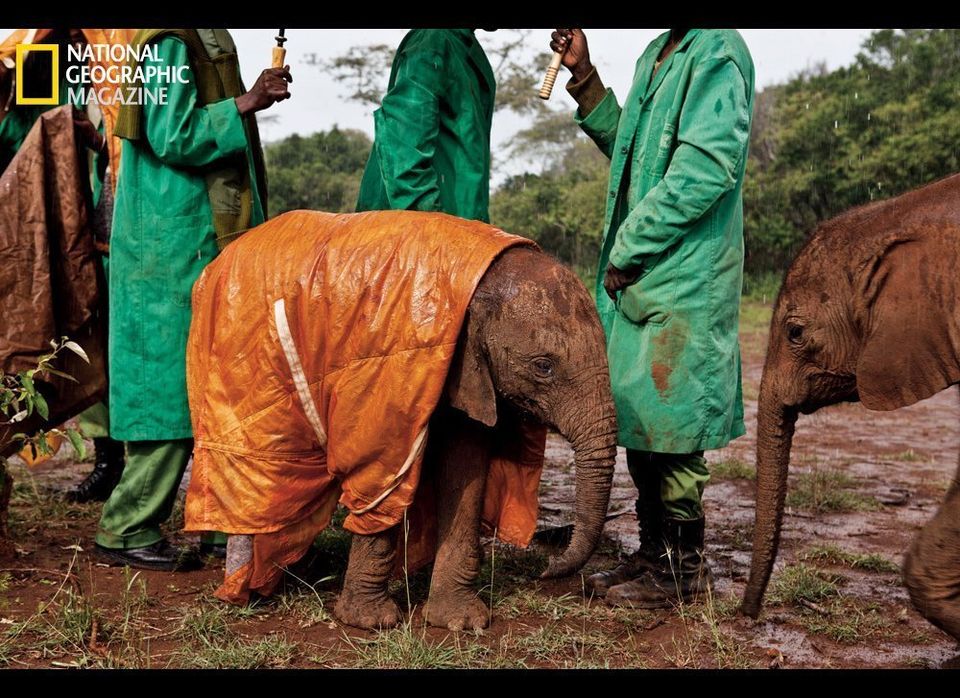 1 / 6
Dedicated keepers at the David Sheldrick Wildlife Trust's Nairobi Elephant Nursery in Kenya protect baby Shukuru from the cold and rain, and the risk of pneumonia, with a custom-made raincoat.
©Michael Nichols/National Geographic