It's safe to say that His Holiness the Dalai Lama will not be tuning in to the Academy Awards this Sunday.

In a live-broadcast interview with HuffPost Live's Willow Bay Tuesday, the Buddhist leader made it very clear that he was not a fan of Hollywood.

"Do you know about the Academy Awards? It's how Hollywood celebrates itself," asked Bay.

"Oh, I see," said the Tibetan leader, unimpressed. In fact, the Dalai Lama said he hasn't watched Hollywood movies in over 20 years, preferring instead to listen to BBC Radio and CNN.

"It's very bad for my eyes," said the Dalai Lama, laughing. "And also it's a waste of time!"

But just because the Dalai Lama eschews Hollywood entertainment, it doesn't mean that he's a luddite. In the clip above, he goes on to tell Bay that technology is "wonderful" -- as long as we remember who is in control.

"We are the controller of the technology," he concluded. "If we become a slave of technology, then [that's] not good."

Watch the video clip above to see His Holiness' hilarious re-enactment of the first time he used a mobile phone (like a walkie-talkie) and check out the full interview below:

Dalai Lama On Hollywood: It's Bad For My Eyes And A Waste Of Time
The Dalai Lama Visits HuffPost LA 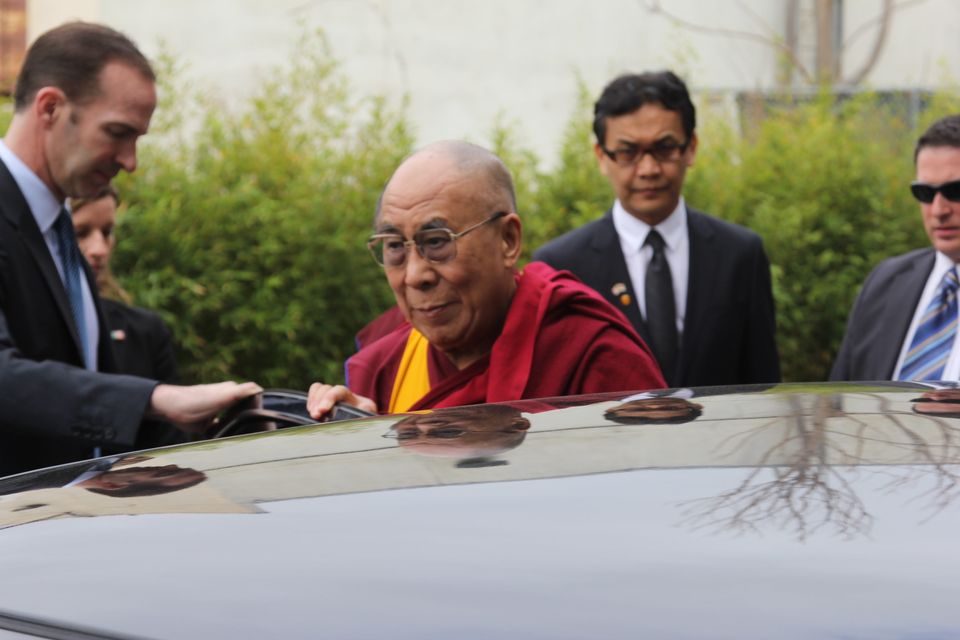