Another Sikh has been murdered in Milwaukee, Wisconsin.

According to a press release issued by the Sikh American Legal Defense and Education Fund (SALDEF), the Milwaukee Police Department has been treating the case as a robbery, has not yet determined a motive, and has taken people of interest in custody. Furthermore, U.S. Attorney James Santelle "has assured the community that his office and law enforcement will look at this case critically and ensure that the motive of this crime is thoroughly investigated."

This latest murder comes in the wake of the largest tragedy in Sikh American history, and community members are openly wondering whether the murder of Dalbir Singh is connected to the massacre that took place in the same town just ten days prior. While the Sikhs of Milwaukee publicly expressed their gratitude for the outpouring of support from around the world, the community does not seem entirely surprised. In fact, some individuals had privately reported that they had received additional threats.

For example, less than a week after the temple shootings, a member of the Oak Creek Sikh community stopped his car at an intersection next to a pickup truck. The driver of the truck looked at the Sikh American, manipulated his thumb and pointer-finger to make the shape of a gun, and pulled the trigger while mouthing the words "This isn't over yet."

This sort of anecdote raises questions about the toxicity of our society.

It also shows how much work we still have to do.

One of our key failures is our inability to identify the source of these problems. By framing the Oak Creek massacre as an isolated incident, we delude ourselves into thinking of it as a randomized event carried out by a troubled individual. However, if we place the gurdwara shooting within its broader context, we can clearly see that it fits a troubling pattern of hate and bigotry within this country.

But Sikh Americans are not the only targets. The anti-Muslim vitriol in this country has reached an all-time high. Hateful Americans have attacked seven mosques over the past 11 days -- some razed a mosque in Joplin, others threw pig's feet at a mosque site in California, some shot paintballs at a mosque in Oklahoma City, and still others hurled a homemade chemical bomb at a mosque outside of Chicago.

Given the Islamophobic sentiment raging throughout modern America, we cannot afford to view the pattern of bigotry in this country as disparate, random acts. While the assailant's intent in murdering Dalbir Singh remains to be determined, the very fact that we are considering hate as a possible motive speaks volumes about the condition of our nation. We're in trouble. The nationwide desecration of mosques and the terrorizing of Sikhs in Milwaukee are symptoms of a larger problem. Determining the source of these symptoms has become an urgent and pressing need.

We can no longer just hope for improvement.

The questions hovering over Dalbir Singh's death point to a deep societal problem, and while we celebrate his life and begin to move forward, let us ask ourselves a difficult but necessary question: what are we doing to identify the source of these symptoms so that we can address the underlying problem? 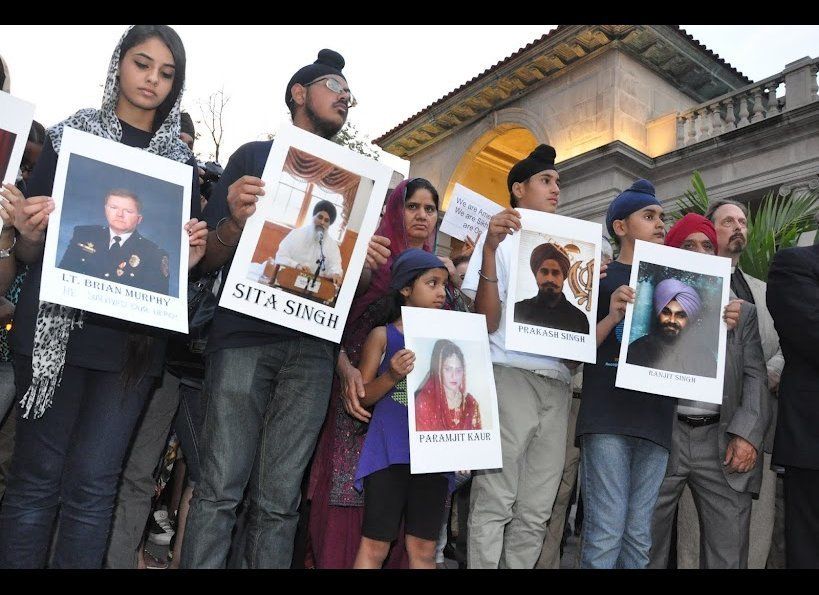