Dalmanutha, a Biblical town described in the Gospel of Mark as the place where Jesus sailed after miraculously multiplying a few loaves and fish to feed 4,000 people, may have just been discovered by archaeologists, reports LiveScience.

So they did eat, and were filled: and they took up of the broken meat that was left seven baskets.

And they that had eaten were about four thousand: and he sent them away.

And straightway he entered into a ship with his disciples, and came into the parts of Dalmanutha.

Dalmanutha is only mentioned in Mark's Gospel, but the corresponding passage in Matthew 15:39 says, "And he sent away the multitude, and took ship, and came into the coasts of Magdala," which has been identified with some certainty as the modern-day town of Migdal, located slightly inland near Israel's Ginosar Valley. Magdala is perhaps most well-known for its association with Mary Magdalene, or Mary of Magdala, who may have been born in the town.

Fields between today's Migdal and the coast are rich with archaeological discoveries, reports Ken Dark of the U.K.'s University of Reading, whose team discovered the town they are proposing is Dalmanutha while conducting a field survey. They have linked it with the 1986 discovery of a 2,000-year-old boat which was found on the shoreline, and to date is the most famous artifact associated with the specific area. 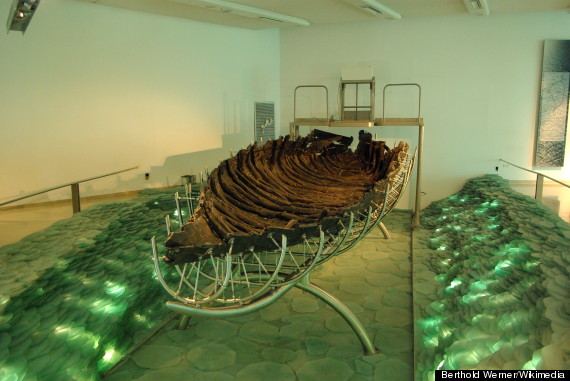 "Vessel glass and amphora hint at wealth," wrote Dark in the most recent edition of Palestine Exploration Quarterly, and "eights and stone anchors, along with the access to beaches suitable for landing boats — and, of course, the first-century boat … all imply an involvement with fishing."

The findings indicate that the town was prosperous and likely survived for centuries, as the pottery pieces date from as early as the second or first century BCE to around fifth century CE, the time of the Byzantine Empire. A Jewish community likely lived alongside a polytheistic one as tesserae cubes and limestone vessel fragments, "associated with Jewish purity practices in the early Roman period" have been found, Dark told LiveScience.

Modern-day Migdal has also been a cornucopia of ancient finds, some of which were discovered out in the open, repurposed by the current residents. Some architectural remains had been turned into seats or garden ornaments, and over 40 basalt ashlar blocks were found in a single garden.

Though Dark is not certain that the newly uncovered town is the Biblical Dalmanutha, the size of the town supports that identification. Dalmanutha is one of a few place-names known by researchers to relate to the Ginosar Valley shore, that is not already linked to an archaeological site.