It's not quite 101 dalmatians, but it's shockingly close. A Dalmatian named Milly gave birth to a litter of 16 puppies in the U.K. two weeks ago.

According to Channel 4 News, Milly's owners, the Elvins, were told to expect 4 puppies. Perhaps they meant 4 x 4. According to Rebecca Elvins, "The vet pulled out eight and then said, 'Oh, we're going to the other side now.'"

Milly herself was part of a litter of 16. According to the Daily Mail, the family plans to sell all of the pups to new homes, except for one puppy, named Maisie. 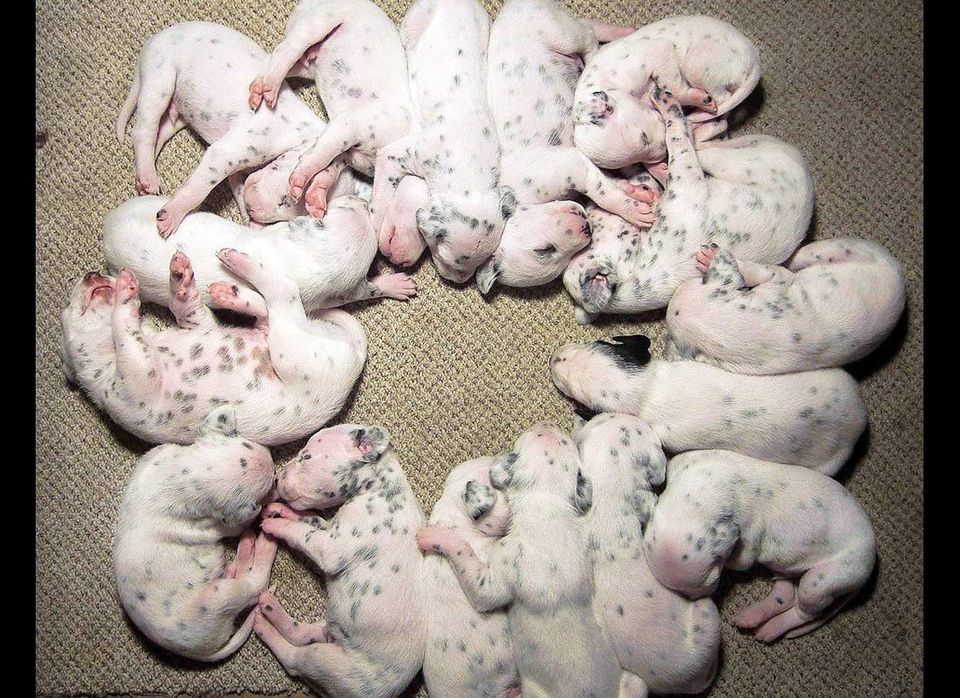 1 / 4
A two week old Dalmatian litter of 16, begin to show their spots as they sleep in a circle. Their mother Milly was also born in a liter of 16 dalmatian puppies which is extremely rare. The puppies belong to the Elvins Family in Church Stretton, U.K.
Elvins Family / Newsteam / Getty Images