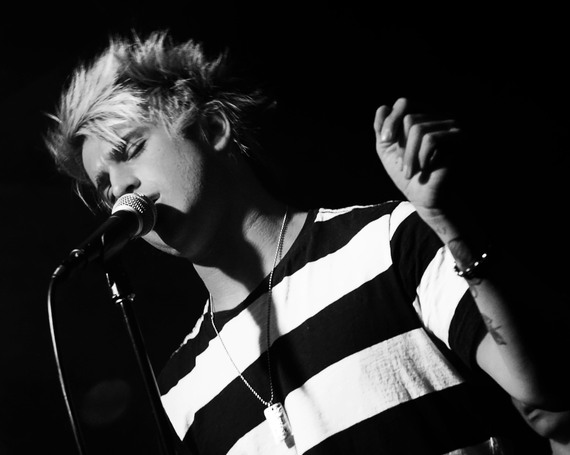 When American Idol's farewell season signed off this spring, I lost it. For 15 years, I have loved this show that broke the mold by inviting viewers to become emotionally invested in promising young artists. They in turn inspire and uplift us, reminding us to dig deep: there is starlight waiting to be discovered in us all. For as we root for our favorites to persevere and triumph, we are really learning to root for ourselves.

Music is aspirational. It's trying to put beauty to our pain, a light in the tunnel when the night is dark and endless. As human beings, everyone struggles, everyone needs hope. When we hear something that resonates in our soul, it lets us release that fear and pain and connect to a higher version of ourselves.

No one captures the spirit of that truth better than Season XV's Dalton Rapattoni, one of the most moving contestants ever to grace America's television screens. His voice shines with frustration but also hope and determination. That seems to be his ultimate message: We shall overcome. You too, shall overcome. Dalton's here to take us inside his world.

You have shown so much bravery in discussing your own struggles with mental health. How has that journey shaped who you are today and the way you pour yourself into music?

When I was about 9 years old, I found out that I was bipolar and I started taking medication for it. Some of the medication gave me seizures and I got them for so long and so bad that I had to be pulled out of public school and start homeschooling. A friend of mine called and said, "I'm doing this program called the School of Rock." At that point I didn't know that much about music. But I started going for guitar lessons and one of my teachers said to me, "You're not a guitar player. You're a singer." I think now my bipolar disorder works its way into my music subliminally. You can be stuck in a rut and be happy and smiling but inside still be in a darker place. The reason why I love Sia so much is because she is great at representing that juxtaposition. In her music, if you listen to it, it's pretty pop-y, but the lyrics actually tend to be very sad. I think that's what I've been trying to do, especially with my upcoming album.

One of the things I learned from the School of Rock is sometimes imperfection is good. Even going up against some of these powerhouses of vocal technique on Idol, I tried to stick to my guns as much as I could, because I knew what I could do. I knew that singing with feeling evokes something in people. My imperfections help me communicate with people. I think that's why I made it so far.

You just released fall dates for The Inspired Attempt tour, featuring all new material from your upcoming album. You also made good on your promise to go around and thank everyone who voted for you.

I'm really excited to show people 100% percent who I am without any other influence. The album that we're making is the first one I have complete creative control over. It's the first time it's been 100% Dalton, which is why that's the name on the record. I'm also really excited to go on The Inspired Attempt tour. During Idol, Keith Urban said to me, "I'd always take an inspired attempt over soulless perfection." I think that quote speaks to my entire career, so I thought that was a really good name for this next tour.

For me, the School of Rock Gives Back tour that I just got off was a way to go out and thank everyone who voted for me on Idol, meet the people who have been supporting me throughout the process and shake their hands. I also really wanted to meet and talk to the kids at the School of Rock about having a career in the music industry. They have been a great sponsor, really championing my efforts during and after the show. [Before his Idol audition, Dalton was a vocal instructor at the School of Rock in Dallas.]

"Music has the power to heal the spirit," as JLo said. Music changed your life. And now, your story has touched countless people. In a way, you have come full circle. Why is giving back important to you?

I think if you are in a position where you can give back and you don't, that's kind of a passive form of being a bad person. In one of the Spiderman movies he says, "If you have the opportunity to do something important and you can, and you don't, it's just as bad as being a criminal." I would always think about that when I would talk about bipolar disorder on Idol. I had the opportunity to do something about it, to say something about it--and if I didn't--it would be criminal.

One of the things that is really important to me is awareness of teenage suicide, because I've gone through a lot of low points in my life and I know a lot of people who have as well. I think way too often people are afraid to ask for help. It's a really horrible thing that's taboo and brushed under the rug a lot. It's important to me that kids talk to their parents about that stuff and not be afraid. If your parents love you, they'll love you no matter what. So we found some charities to support to help with that. [September is National Suicide Prevention Month.] 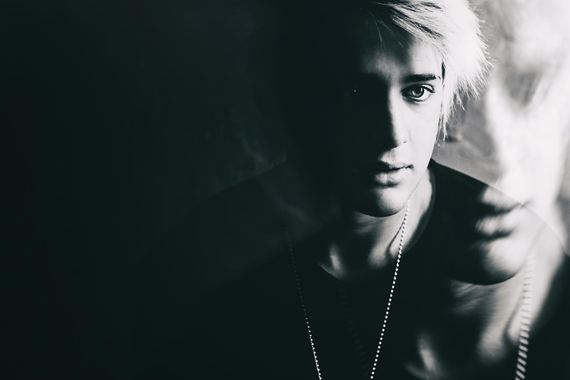 Let's talk about the Emily Dickinson poem and why your legion of fans call themselves the "nobodies."

"I'm Nobody" was one of my mom's favorite poems and she found it for me when I was young. The way I've always interpreted it is: there's no glory in being put up on a pedestal. There are more people who are quote "nobodies" than people who are "somebody." I always thought fame was an unfortunate side effect of doing music. That wasn't why I was doing it. I never wanted to be somebody. I just wanted to make music and remain anonymous and be a nobody. But I think there's nobility in that. There's nobility in being nobody, because it reminds you to be humble. That's why I have "nobody" tattooed on my wrist. No matter what I'm going through or how successful I get in the music industry, it always reminds me to stay humble. Because at the end of the day, in the grand scheme of things, we're all nobody.

It takes strength to struggle. I think your music really speaks to kindred souls who are looking for courage, hope or calm waters. How has your devoted family of fans impacted you on a personal level?

When I lived in LA, I was in a band and we gained a good bit of traction. So ever since I was 14, the nobodies have had my back. In my life, it's definitely put perceived responsibility on me. But also it's nice to have kind of a supportive shadow behind you at all times. No matter how bad your day is, there are still these kids that look up to you a lot. So if all of these people think you're a really good person, you can't be that bad. That's one of the things that's impacted me the most, having the support that no matter how bad of a person I feel like I am, I can't be too bad. One of the things I've been really open about is that I don't try to convince people that I'm any more than human or don't have any problems. I'm just as much of a person as everybody else that follows me.

Your songwriting is gorgeous. Your lyrics often reference the natural world: the sea, the rain, wind and storms. Many people find refuge in nature. What special meaning does it have for you?

I was always an inside kid, just because when I was young I had a whole lot of allergies. I can't be outside for too long. In a lot of my earlier songs, I really wanted to go explore the outside world. That kind of represented freedom to me. I would read and watch movies about explorers making their own world in nature: things like Bridge to Terabithia, one of my favorite books as a kid. I felt really trapped because I couldn't go outside and that came out in a lot of my lyrics back then.

This album is actually very different because now that I've grown up and am running around all the time, I kind of wish that I could go home. So this album is a lot more focused internally. A lot of it is focused on the home--like when I've been doing those really cryptic tweets. Where the Fly Away Hero record was focused on the external and wanting to explore outside space and getting out and running away, this one is more focused on trying to get back home and figuring out internal problems as humans.

You once tweeted, "When we can't go on, we go on." When you sing, it feels like you have seen the darkness and fought through. What might you tell fans who are fighting difficult battles of their own?

No matter how messed up your life is--and I've gone through some really rough stuff too--there's always a way to fix it. There's never a point in life where you don't have any opportunities to keep moving. That's one of the most important things to me: life may seem hopeless at times but there's always a way to get through it. Sometimes I hear, "your music saved my life." That's never true. You were listening to my music while you saved your own life. While you chose to keep going, my music might have been playing in the background, but I didn't do that. You did that. Feel proud of yourself.

You have moved mountains. Thank you for sharing your heart with others. It's clear you have a lot of love to give. With song, with fire, you have helped so many see the bravery and beauty in themselves.

The Inspired Attempt Tour kicks off on October 5, 2016 and tickets are now on sale at daltonrapattoni.com. Dalton is in the studio working on his first full album. Follow his post-Idol journey on Facebook, Twitter and Instagram.