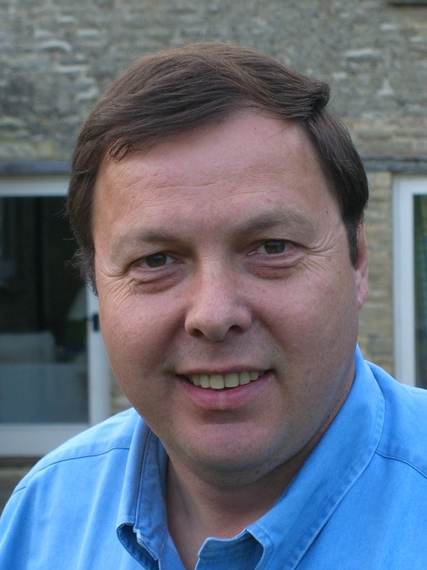 Felix Francis is the son of the late Dick Francis, who was the bestselling author of more than 40 mystery novels. Felix studied physics and electronics at London University and taught advanced level physics for 17 years. Over a number of years, Felix assisted Dick with both the research and writing of his novels. Mary Francis, Dick's wife, did much of the editing, until her death in 2000, when Felix took over. Dick Francis drew on Felix's experience as a physicist, and on his prowess as an international marksman.

You've gone from physics to fiction. How did you make this seemingly incongruous transition?
I really wanted to be a pilot but had hip trouble and couldn't fly for the RAF. So, I went into teaching as a stopgap measure until I found what I wanted to do with my life. I loved it and spent seventeen years teaching physics. I was head of a science department at a school in the UK. My parents had moved to America and were living in Fort Lauderdale, Florida. I went on vacation to visit them with my wife and young son. My mother asked me if I would help my father prepare his taxes. I then spent the next five years of my vacations going there and helping my father with his tax preparations. I did more and more looking after both my father's and mother's affairs.

It became very difficult because of my teaching and other obligations, and I told my father so. He simply asked if I would give up my day job and work for him full-time. I said, 'You don't pay me for what I do' and he replied, 'I'll pay you twice what you're getting now.' I thought about it for two seconds and gave up my teaching career to work for my parents on a full-time basis. I also gave up working with an expedition company leading expeditions around the world. I never regretted my choices for a second.

I worked for my parents doing everything from changing light bulbs to investment management. My mother died in 2000 and my father retired. I continued looking after him, and he wasn't in the best of health for the last five years of his life. In 2005, my father's literary agent invited me to lunch. He said, 'We have a problem. No one is reading the backlist of Dick's books.' They weren't available in bookshops. Of course, nowadays, with Kindle, you can buy backlisted books again, but back then, you couldn't buy any backlisted Dick Francis books.

The agent said, 'We need a new Dick Francis novel.' I told him, 'You're not going to get one because my mother and father used to work on them together.' My mother had died, and my father was ninety-five years old. The agent wanted my permission to recruit a crime writer to pen another Dick Francis book.

I heard myself saying to him, 'Before you ask anyone else to write one, I would like to have a go at it.' He didn't roll his eyes and ask why I thought an ex-physics teacher could write a Dick Francis novel. Instead, he said, 'Okay, I'll give you two months to write two chapters.' So I wrote two chapters, sent them in and he said two things to me: first, 'You'd better speak to your father' and secondly, 'You'd better go on and finish this book.'

I went to my father who initially wasn't terribly excited, but when he read the two chapters of Under Orders, he became enthusiastic. The novel came out as a Dick Francis novel in 2006. It was only designed to get people to read the backlisted books, but it shot to the bestseller lists in the UK and America.

The next thing I knew, I was writing another book, and then another, and Damage is the latest one. So, I've been a full-time writer for the last nine years. When my father was alive, we'd discuss the plots. He'd give me pointers and direction, and the books had both our names on the covers. Crossfire, which has both our names on the cover, was less than half-finished when he died.

Of course, I miss him in very many ways, and one of those ways is that I don't have him to discuss plots with today. If it hadn't been for that lunch with the agent, I'd never have thought about writing. And now, it seems like the most natural thing in the world.

You once said, 'The production of a Dick Francis novel has always been a mixture of inspiration, perspiration and teamwork.' Tell us about that.
My mother and father used to refer to it as the family business. My mother said it was a cottage industry without the cottage. All the Dick Francis books have been a family effort. That includes my own. My father wrote a book about a physics teacher--Twice Shy--and that was me. He wrote another about someone running a racehorse transport business, and that was my brother. In Gamble, I used my cousin's son, a financial advisor, to do my research. My brother was involved in horseracing, and he's the first one to read an early draft of a new novel.

My father had the ideas for the novels. My mother was a great believer in the rhythm of sentences. She did all the editing. She was very important in working on the flow of the novels. I've always believed that good literature should flow like cream off a spoon. It shouldn't get stuck in your throat like barbed wire. Family teamwork was very important in all the books.

There are scenes in Damage where your background in physics and technical matters is quite evident. How much research is involved in your writing?
I do quite a lot of research. Even though it's fiction, you've got to have your facts straight. I talk to friends and tap their expertise whenever I can. In Damage, a great deal of information about how undercover operations work was gleaned from a friend of mine, a former policeman. He read the completed manuscript and checked for any police procedural mistakes. I use the Internet frequently. I do as much as I can to mold the story into an interesting tale. I don't try to teach my readers anything; and you don't need to know a thing about horseracing to enjoy them, but by reading one of the novels, a reader might learn something about the sport.

Tell us how you plot a mystery story.
If I knew that, I'd do it. (Laughter). I write in the first person, which means, by definition, the book contains a continuous timeline. The story is seen through the experiences of a single character, in this book, Jeff Hinkley. The traditional detective/murder mystery is usually a third person narrative. You know, you get twelve people in a house. Someone gets murdered and the police arrive. I can't do it through the eyes of the investigator because he can't be there before the murder. I write in the first person because it's what my father did and it's what the readers expect.

As for plotting the story, I have only a conception of how the book will begin when I start writing. I do know my main character will prevail in the end. But I don't know who's going to be the bad guy. I don't even know where or when he's going to appear. I don't plot out the entire book. I begin the novel because I have a good idea for a start. I set up the mystery. Then, I begin thinking about how I'm going to solve it. People sometimes say, 'Oh, I knew who did it from the moment he arrived on the scene.' I don't see how that's possible, because it's more than I knew when I introduced the character while writing the manuscript. When I begin a book, I start by creating characters and setting out their story lines. The second half of the book involves bringing the characters together and tying things up so the mystery is resolved.

So it really is for you, as well as for the reader, a process of discovery.
Completely. Absolutely. There will be things in a novel that I hadn't even thought about when I began writing it. It really boils down to setting up the beginning of the novel in which my character realizes there's something he's going to have to investigate.

Jeff Hinkley is an interesting character in Damages. Will he be the protagonist of another novel?
Yes, he will be. I haven't had a recurring character before this. My publishers have said how much they really like him and want me to use him again.

What, if anything, has surprised you about writing?
The most surprising thing is that I discovered I can do it. Equally surprising is that I'm able to put a considerable amount of emotion into the writing, and in my characters. Writing in the first person makes it easier to include emotion. I'm not afraid to say that when I write certain passages, they make me cry. If they don't make me cry, how could I expect them to make anyone else cry? Emotion is so important in a novel because above all, you want the reader to feel something for or about the character. I've discovered the ability to make both readers and myself cry.

What do you love most about being an author?
I love having finished the book. (Laughter). I love when it's published and people read it. I don't write for myself. I write because I want people to read the book. I really enjoy when I'm more than half way through a novel and things are going well. But there's nothing better than people coming up to me and saying how much they loved the book. I have the best job in the world, but I have bad days--lots of them. I go through terrible self-doubt as to whether the book is any good. I love when I can send it off and feel confident about the book's worth.

I just love those moments when I suddenly have an idea, or where the problem in the mystery opens up to me. It can come to me by asking myself questions. I can even ask the wrong question which may lead me to the right answer. In fact, that can happen quite frequently--the wrong question opening a door, leading to the solution to the mystery. I just love that kind of moment in the creative process. It's one of those Eureka moments. And I love it.

Congratulations on writing Damage, a beautifully plotted and engaging mystery novel set in the fascinating world of horseracing.