On his website, Hirst states that he created the behemoth young mother to be in the stance originally used by Edgar Degas’s ‘Little Dancer of Fourteen Years.' You may miss that fact, though, being distracted by an exposed pregnant stomach that reveals a bronzed medley of anatomical parts as well as a fetus. This is the antithesis of subtlety even for Mr. Hirst, who has pickled a dead shark and made his minions create terrifyingly mundane polka dot paintings. 'Verity' really puts it all out there, wouldn't you say?

All 55,00 pounds of 'Verity' were recently delivered to the British coastal town. The statue is set to stay for 20 years, despite hundreds of complaints from locals and law officials. It now rests horizontally near the harbor, and will be hoisted into its temporary resting place on October 18, 2012.

See the images of the proud mother-to-be below and read some angry comments from those who prefer their seaside sans-pregnant giant.

Is this statue offensive to women? Does it advertise teenage pregnancy? Or is this a gorgeous depiction of a young pregnant body? Leave your own review in the comments section. 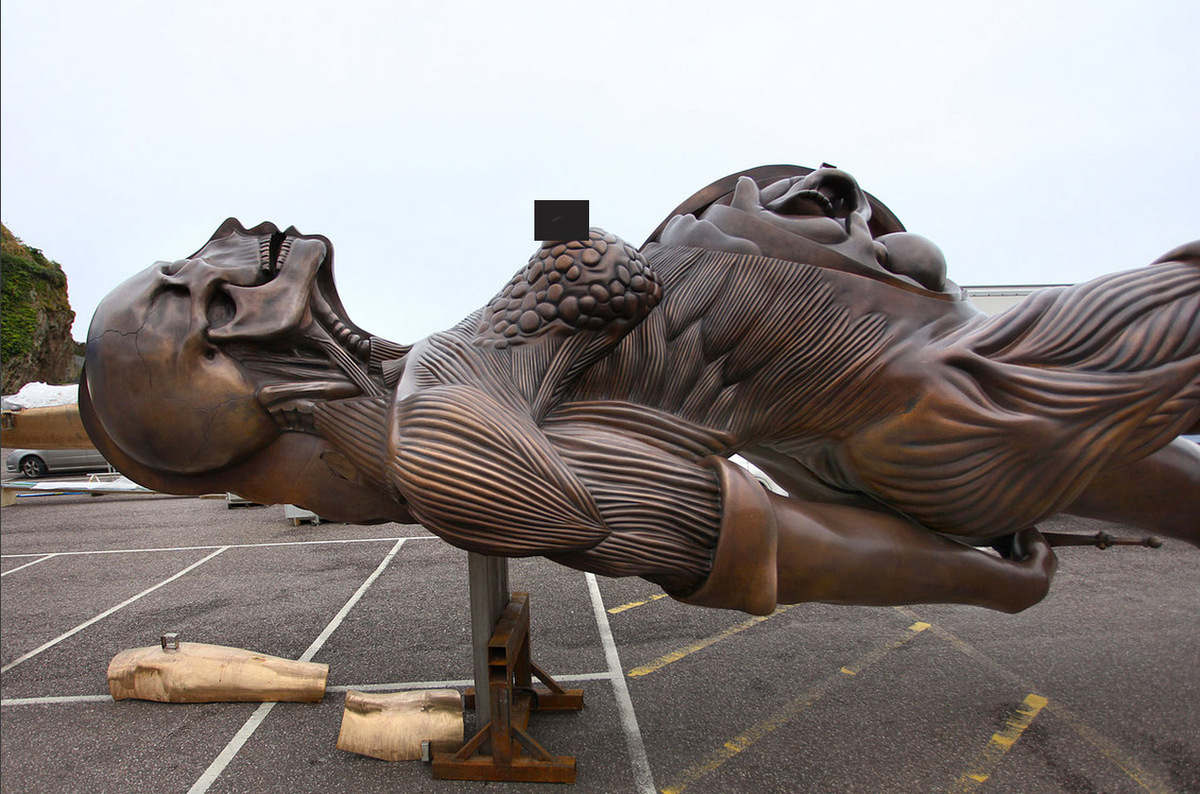 1 / 3
Damien Hirst’s Verity statue
Damien Hirst’s Verity statue arrives at Ilfracombe, Devon. The statue of a bronze, naked sword-wielding pregnant woman arrived into Ilfracombe Harbour by trailer just before sunrise. The artist offered the statue to Ilfracombe on a 20-year loan. The sculpture itself is expected to be erected about October 18, before it is officially unveiled towards the end of the month. (APEX) 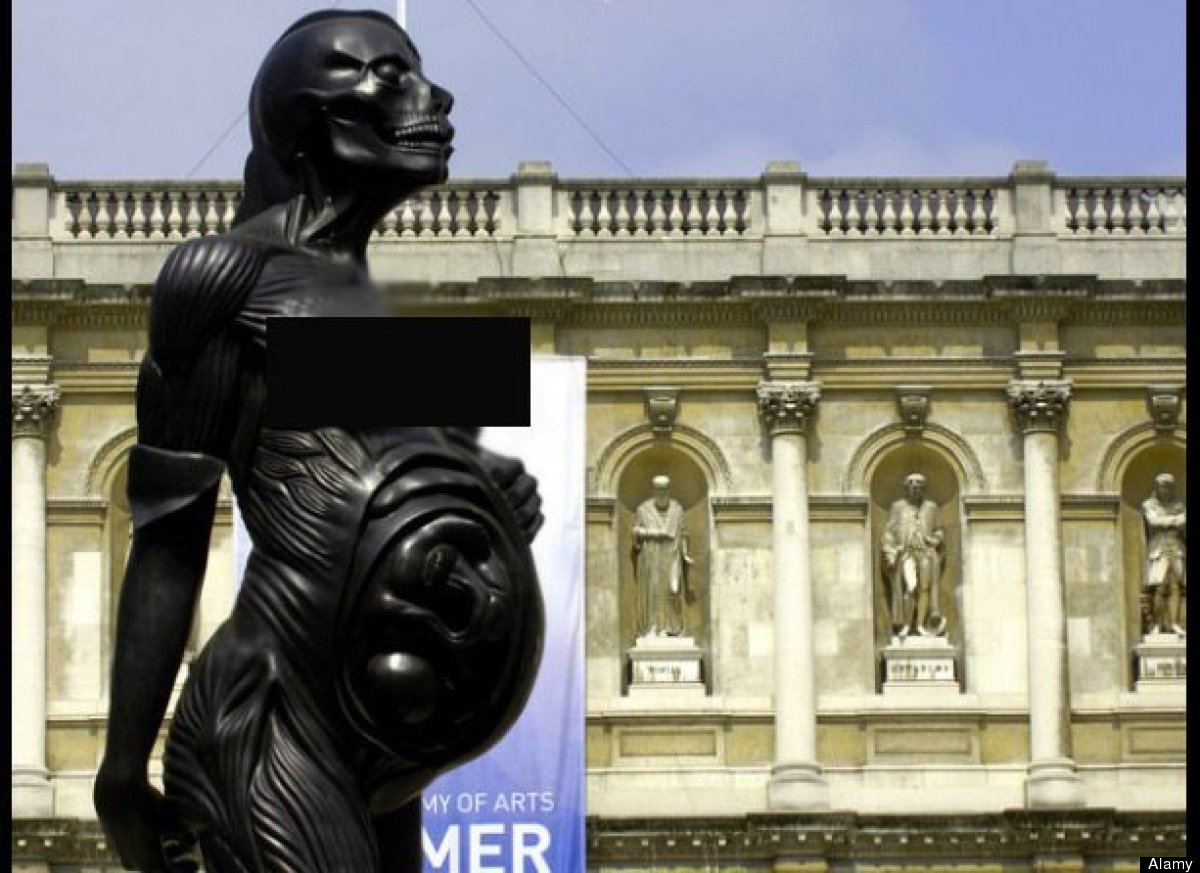 1 / 5
"It is a monstrosity and only goes to boost Damien Hirst's ego. Not one penny of my council tax should be used for this exercise." -Jenny Cookson