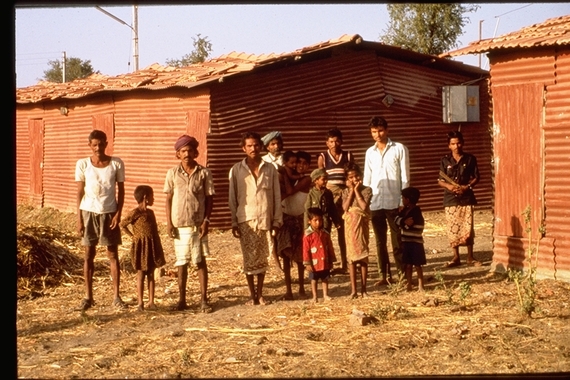 When the World Bank planned the Ruzizi II hydropower project on the border of Rwanda and Zaire, it projected that only about 30 dwellings with fewer than 200 people would need to be relocated. "The dam and generating station would have little effect on the daily lives of the inhabitants," the Bank predicted. As it turned out, the Ruzizi II Project displaced no fewer than 15,000 people and resulted in widespread impoverishment, prostitution and disease.

When the World Bank approved the Sardar Sarovar Dam in India, it assumed that the project would displace about 33,000 people. The project has so far forced 350,000 people from their homes and thrown them into abject poverty. "Those who may pay the most direct and extreme price for such failure [of planning] are the oustees," an independent review of the project commissioned by the World Bank found.

The Ruzizi II Project was approved by the World Bank in 1984, and the Sardar Sarovar Dam in 1985. The Bank has adopted policies that are supposed to safeguard the interests of the people displaced by its projects, and you would assume that it has learned from its past mistakes. A recent review of the Bank's experience with resettlement has found that this is not the case.

The World Bank's safeguard policy on involuntary resettlement, which has been periodically updated since 1980, stipulates that displacement "should be avoided where feasible, or minimized, exploring all viable alternative project designs." If displacement cannot be avoided, displaced people should be "meaningfully consulted" and enabled to improve or at least restore their livelihoods. The Bank commits to supervise compliance with its policy throughout the project cycle.

The safeguard policies on resettlement and other issues set the World Bank apart from many other financiers. Since 2013 the Bank management has repeatedly promised that it would apply "the lessons of experience and ... the Bank Group's own strict safeguards and guidelines" as it returns to funding new mega-dam projects.

The sad truth is that the World Bank has never bothered to meaningfully comply with the obligations of its resettlement policy. Internal evaluations found wide gaps between commitments and ground realities in 1985 and 1993. Another audit that was published a few weeks ago found that things have not improved in the meantime. The most recent audit found the following:

The highest-profile dam in the World Bank's pipeline is currently the Inga 3 Project on the Congo River. The feasibility study which has been prepared for this project claims that the dam and hydropower plant would not displace any people, and that only 84 households would need to be relocated for transmission lines within the DRC. This is again a serious misrepresentation. Seven villages are located within the proposed project site, and the transmission line to the mining province of Katanga will take up 177 square kilometers of land. Even if it follows an existing transmission corridor, it is not credible that only 84 families would live on so much land.

In response to the shocking findings of the recent audit, the World Bank prepared an action plan with the aim to "significantly improve the protection of people and businesses that may be resettled" by its projects. Since the Bank is currently engaged in a process to seriously dilute its safeguard policies, this statement is cynical. Given the experience with such promises in the past, you will trust the Bank's latest assurance at your own risk.

What is true for Bank operations is true for the experience with large dams more generally. In 2000, the independent World Commission on Dams estimated that some 40 million to 80 million people were displaced by dam projects, often forcibly and without adequate compensation. This is the best estimate that has ever been done. It leaves some 40 million people -- equal to the whole population of Argentina -- unaccounted for.

It is difficult to avoid the conclusion that for the World Bank and other financiers, poor people who stand in the way of their projects literally don't count. Time and again, the World Bank has demonstrated that it is not able to resettle people fairly. It should stop displacing people involuntarily in its projects.

International Rivers and other NGOs will continue to monitor and expose the World Bank's role in displacing people. We will support the people affected by the Inga 3 Dam and other projects to stand up for their rights. And we will continue to push for clean energy solutions such as wind and solar which are less likely to impoverish poor people further.