Ridley Scott's Alien (1979) is Edward L. Cahn's IT! The Terror From Beyond Space (1958) writ intimately disturbing, but it sits amongst my great movies. James Cameron ripped off Robert Heinlein's novel Starship Troopers to make Aliens (1986), but with huge success. David Fincher's Alien 3 is unspeakably terrible (and oh-so-nihilistic-'90s: 1992). Then amazingly, with Sigourney Weaver back as both lead and co-producer, Jean-Pierre Jeunet (Amélie) made a truly awesome film of Alien: Resurrection (1997). Yet over these three decades of iffy knockoffs and carbon-copy kick-ass chicks came the whispers: Would Scott return for the prequel?

Finally we have Prometheus, and frankly it is charming. Charming and silly like old 1950s sci-fi, but played deathly straight. I have opinions (bottom paragraph). But first, fresh after the London première, I spoke with producer and co-screenwriter, Damon Lindelof. 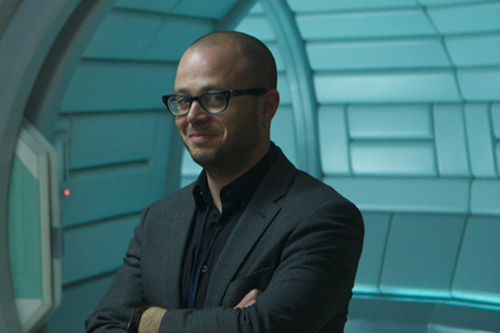 Since Lindelof is known for making the TV series Lost rather "twisty," I ask him about creating narrative surprises in the wake of M. Night Shyamalan.

"You have to go with your gut," he responds. "Good twists are enormously hard to come by, and I think the best ones are earned ones. The idea that a story can take a left turn on you, it's easy to do, but it has to be done very, very carefully, or else you risk losing the audience's trust. I've always believed that a good twist is one that, when it is presented to the audience, half of them say, 'I saw that coming.' And half of them are completely and totally shocked. Because if you don't have the half that saw it coming, then it wasn't fair: You never gave the audience a chance to guess it.

"At the same time, there are things that can happen in a movie, like in Pulp Fiction, where a character sitting in the back seat just shockingly gets his face blown off by John Travolta. Those kinds of story-twists are more based on incident than they are -- as you described it, an M. Night Shyamalan twist.

"The short answer is that a really good twist needs to be handled with a tremendous amount of delicacy. It's almost like building the case for a jury, and then arguing why it needed to be in the movie. If you don't do that, it's going to feel arbitrary. While you might get a quick moment of, 'Oh, wow, that was cool!' -- what follows is a feeling of being cheated and/or betrayed. I've experienced both of those feelings, and hopefully I'm learning something from it along the way, although I'm sure I'll make mistakes again in the future." 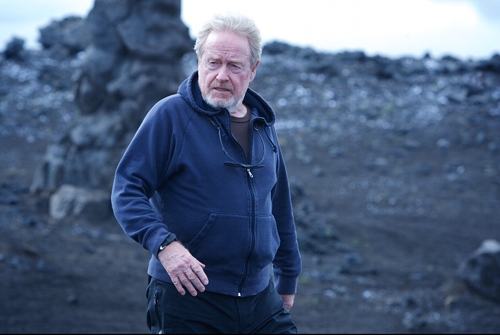 Lindelof hopped aboard Prometheus in July, 2010. He describes the development.

"Ridley had bandied about the idea of revisiting the Alien universe, but never really seriously until about a year before I got involved -- only as a producer. Then as the project came along with a writer named Jon Spaihts, Ridley got more and more passionate about this particular idea that was driving him. Jon wrote several drafts for him, one of which they sent to me.

"But it was very clearly an Alien prequel -- it had all the Alien tropes that you and I would come to expect, from eggs and facehuggers and chestbursters and xenomorphs with acid for blood. I said, 'I don't know why they're sending it to me, but I'm going to take a run at what I think the movie is asking for, and see if that's why they sent it to me.' And I turned out to be right.

"The thinking was, this central idea of the movie: What if mankind got a definitive scientific lead on what our origins were, and they could go and prove it? What would happen, say, if they went to the place where they had been invited, to get that proof, and it turned out to be something less than they expected? Or it's a nightmare scenario. All great sci-fi is: Be careful what you wish for. You might be able to bring this creature back to life -- but then it will try to kill you. Frankenstein is the original sci-fi story, in my opinion, and all great sci-fi mirrors that idea that there's a line that we should not cross, because it betrays the very laws of nature, and when we cross it, we pay the consequences.

"That story was very much in evidence in Jon's draft, but it was surrounded by all this Alien mess. So I said, 'What would happen if we stripped all that Alien stuff away, or we recalibrated the script, so it was more focused on this original idea." Lindelof waxes musical: "It played the Alien stuff as an encore, as opposed to an entire concert of Alien. What would that look like?' And Ridley said, 'I'd like to find out what that looks like.' And I said, 'I'd be honored to help you do that.' 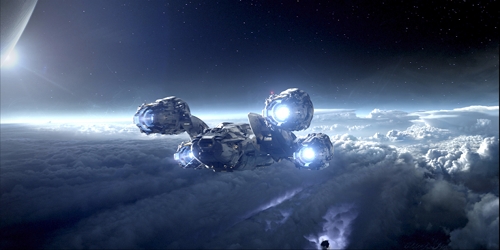 "In a lot of ways, this is not my movie where I walked in and said, 'This is the story that I want to tell.' This is the movie that Ridley wanted to make -- and I just helped him by asking him questions and badgering him, for four weeks, four hours a day, in a room across a table, like Barbara Walters trying to make him cry."

All-righty, then. I ask him about ancient artifacts, and he reveals a thread that's easy to appreciate:

"I was really enamored with In Search of, that Leonard Nimoy show, when I was a kid," reveals Lindelof. "The episodes that gripped me were the ones like Easter Island, or the pyramids of the Incas. The idea that there are these civilizations that are now gone, and everything we know about them we extrapolated based on the stuff we found. 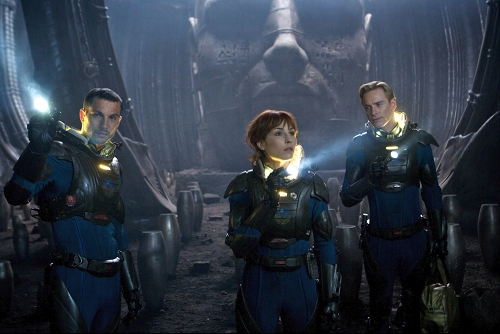 "And even then my story-brain was saying, 'If we were all wiped out tomorrow by a huge asteroid, and fifty-thousand years from now, whoever our descendents were basically found the remnants of our culture, what deductions would they make about us? And how off would they be?' That just became a very interesting storytelling idea for me. Dropping 'archeology' into these stories -- whether it's the four-toed foot from Lost or the giant head (from Prometheus) -- and essentially have people walk in and say, 'Here's what I think this means!' -- then have them be incredibly wrong about that, has always been a fun story for me to tell, and one that I will keep telling until people are sick of me telling it." 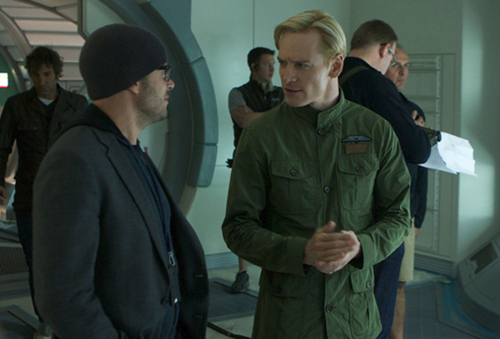 I like the guy. And now for my highly-condensed appraisal of Prometheus. Essentially a mean, bumbling, bleached-out Blue Man Group made us humans, then when we go across outer space to say 'Hi!' one of them gets awakened before his alarm clock goes off, and personally decides to foist a plague of abominations upon our sweet Earth. (Good morning, Mr. Grumpypants!) In between, you can play Spot the Props -- from Max Rebo's keyboard to the Genesis worms of Star Trek III to the axe from The Shining. Prometheus mistakes repugnance for suspense and confusion for ambiguity, and it's not remotely the Alien prequel I wanted. Still, it delivers a whole bunch of cockamamie sci-fi stuff that's fun to watch, filmed with native-3D camera rigs from 3ality Technica, about whom I'll write because they're cool. Bottom line: silly, icky, kinda fun. I never could stand the Stephen Stills song it incongruously includes, and I wonder what they can call a sequel ("Not Prometheus"?) -- but heck, I'm also wont to embrace most big-budget sci-fi at the movies. More! -- just please set the logic-thrusters on maximum.