While thinking about summertime, your mind may wander to the image of a nice picnic by a lake, with damselflies buzzing across the water.

One insect-loving photographer decided to capture the critters' aloof nature, snapping some stunning shots in the process. The photos were taken by Remus Tiplea, and uploaded to Facebook over the past few months.

Damselflies are often mistaken for their more famous cousins, dragonflies (as our editors did previously). But the insects have several noticeable differences including smaller hindwings and separated eyes, according to University of California, Berkeley.

Dragonflies may be pretty, but they can be vicious, too. According to the New York Times, these beautiful insects are some of the most effective hunters in the animal kingdom.

"When setting off to feed on other flying insects, dragonflies manage to snatch their targets in midair more than 95 percent of the time, often wolfishly consuming the fresh meat on the spur without bothering to alight," the article says.

CORRECTION: As noted above, some of the damselflies in the photos above were initially mistaken for dragonflies. The misidentifications (we hope) have been addressed. 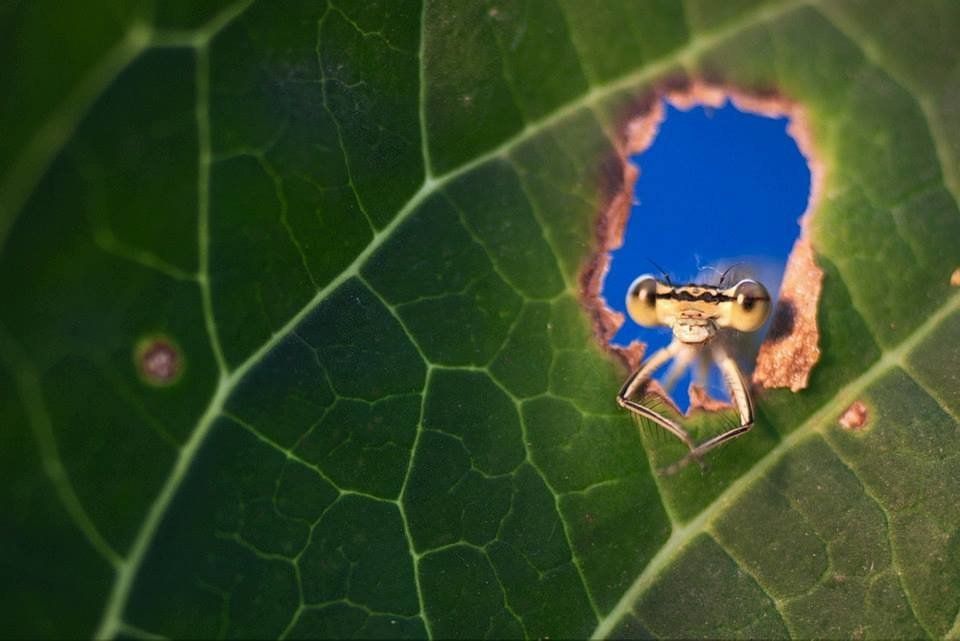