*See photos and video below*

During an interview with PBS, Dan Ackerman, a vice-principal at a Bronx high school, not only boasted of being able to monitor his students through webcams on their computers (unbeknownst to the students), but demonstrated it live, on camera.

At New York's Intermediate School 339, administrators wield the authority to directly, remotely monitor students' online activities to ensure that students are using the school's laptops appropriately. But it doesn't stop there.

As Ackerman demonstrated on the the Frontline documentary Digital Nation, when students activate their Webcam applications, they can be directly observed by teachers.

Although this sort of access is itself surprising, Ackerman's attitude may be even more chilling.

He tells the PBS reporter (at around 4 minutes at 30 seconds into the clip, which is below):

There's an observe button and it brings up their screen. Photobooth is always fun. A lot of kids are just on it to check their hair, do their makeup: the girls... They just use it like it's a mirror. [...]

They don't even realize that we're watching. I always like to mess with them and take a picture (laughs). Nine times out of ten they duck out of the way, then they shut down and get back to work.

The photos below highlights what Ackerman is able to see of his students: 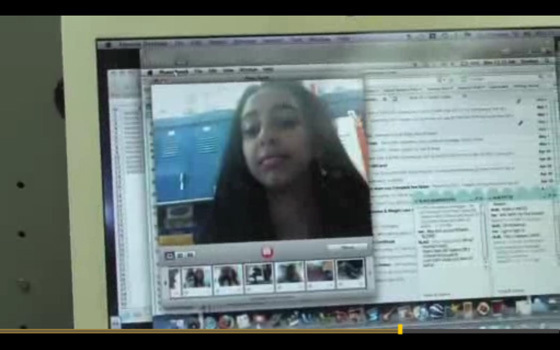 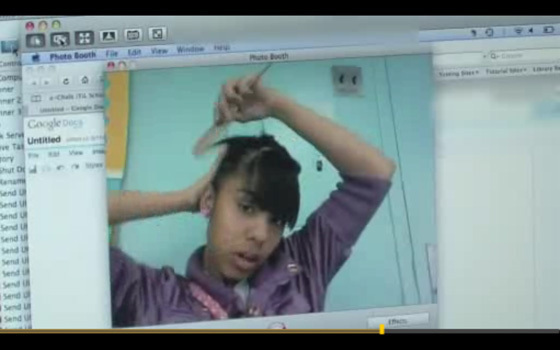 In yet another instance of 'school spying,' a Pennsylvania high school was recently accused of using laptop webcams to monitor students without their knowledge, both in school and at home.

The Associated Press reports on a civil suit brought against the school district on Frebruary 16 by Harriton High School student Blake Robbins and his parents, Michael and Holly Robbins:

They accused the school of turning on the webcam in his computer while it was inside their Penn Valley home, which they allege violated wiretap laws and his right to privacy.

On February 18, the school issued a response, in which they admitted to accessing the Webcams, but only to track 'missing' laptops. The district has stated that Webcams were accessed 42 times over the past 14 months, resulting in the recovery of 18 laptops, AP reports.